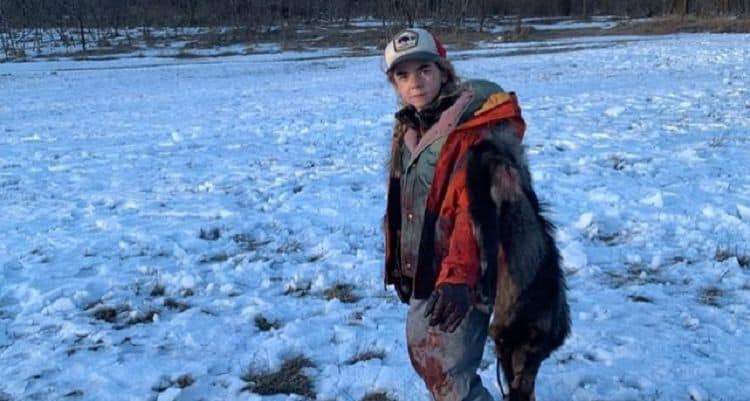 Matilda Lawler is a child actress who is doing big things. Her role as Kristen on the hit series Station Eleven is amazing. She has captivated audiences, and it’s frequently a shock to remember she’s only a child. She’s got what it takes, though, to keep going in this world.

1. Acting is a Family Business

It’s a family business for the Lawler family. Not only is young Matilda an actress, but so are both of her parents. Her mother is Mara Lawler, and her father is Matthew Lawler. They kept the initials going when they chose to name their little girl Matilda.

2. She Began on Stage

Her career began on stage at the Hoboken Children’s Theater. She had a role in a production called Jack and Annie, and it was a game-changer for her. She was young, but she knew that she would do this the rest of her life, and it was something she was serious about at even a young age.

3. She Was on Broadway

Something else we find fascinating about her is that she didn’t just stop her stage career on a local stage for kids. She kept it up, and she was eventually on Broadway. She starred in The Ferryman in 2018, which was huge. She made an impact on the audiences that came to see her work, and her work made an impact on her.

Something that people don’t realize is that she is but a child. She is only 13, which is so young in any capacity. She’s a girl who should be in middle school playing sports and participating in clubs, but she’s making movies and shows and a name for herself, which is huge when you’re this young.

We don’t know her, but we believe her. She has the look of someone who has an old soul. She has said in the past that her entire life has been people telling her she’s an old soul, and there is nothing wrong with that. Some kids just are old souls and they don’t fit into the typical feeling of childhood.

6. Her Best Friend is Awesome

She is an old soul, and we think that her best friend can attest to that. She’s 13, and her best friend is in his 70s. They met when she was nine. They worked together in a play called “The Net Will Appear,” and they hit it off. His name is Richard Massur. He is not only the man she looks up to as a mentor, but he is also a man she considers her best friend.

She may be a child, but she has something to say when she feels it. She is not shy about sharing her opinions, and she always feels valued when adults listen to her and really hear her. She’s been able to provide some insight and collaborate with many adults in her life and throughout her career, and she feels it’s helped all of them in the long run.

Though she is young, she’s had a long career behind her already. She sometimes feels that adults in the business don’t really listen to her. She’s not offended or upset when she’s treated like a child – she is a child, and that is a fact not lost on her – but when she does not appreciate it when adults treat her like a child in a manner she deems condescending. There is a fine line, and some people don’t see that.

As a child, she should be as private as possible. She should not share her personal life and her family life with the world, and she knows this. Call it her old soul or call it a couple of parents and a manager who likely remind her regularly that sharing too much is always dangerous, but it is especially dangerous when you are a child. Regardless, there is much we don’t know about her, and it should remain that way.

10. She Knows You Can Disagree

We live in a world where many people don’t understand this, yet this child gets it. We can all have feelings different from the feelings of others. It’s called an opinion, and everyone has one. No one is wrong to feel the way that they feel, either. However, there are many people in the world who firmly believe that if your opinion is different, you are wrong.