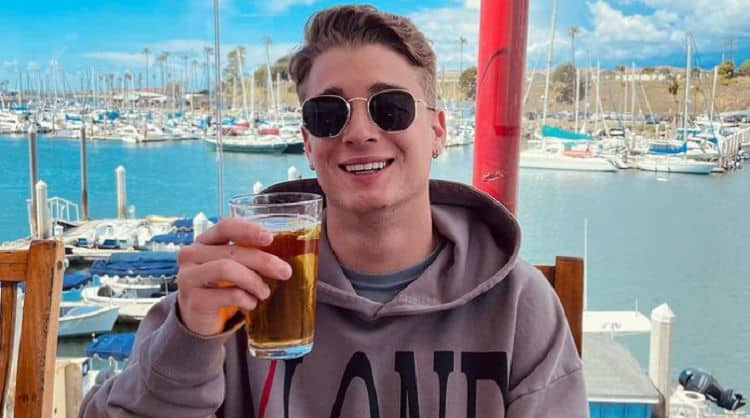 Does the name Jules Fieri ring any bells? It might not, but we are willing to be the name Guy Fieri does. He’s a famous Food Network chef and television host. If you still don’t know who we are talking about, he’s the one guy with the spikey blonde hair always eating something amazing at a place that looks slightly sketchy on television. Oh, now you know. Well, it turns out that the name Jules Fieri is mildly recognizable because he’s related to Guy, and people want to know what the relationship is, who this kid is, and why we should know who he is.

Because they share a last name, there are many who mistakenly believe that he is the son of the famous Food Network chef. In actuality, however, he is Guy Fieri’s nephew, and he always has been – as in, he was born to Fieri’s sister and he’s been part of Fieri’s life forever.

His mother is Guy Fieri’s sister, Morgan. Morgan died when Jules Fieri was only 11. This was back in 2011. She suffered from cancer, and it was ultimately a losing battle for her. The family was devastated, and the fact that her son was so young at the time only made things that much worse for the entire family.

3. His Family Fought for Him

When his mother died, his mother’s family fought to have him given to them and assigned custody. His grandparents and uncle went to bat for him claiming that his birth father was not a good fit for him because he lived in a motor home, he was not employed, and he had no way to care for a child of 11.

4. His Mother Was in a Long-Term Relationship

Jules was born when she was in a different relationship, but at the time of his mother’s death, she was in a long-term relationship with her partner Annie. The fact of the matter, however, is that Annie was never given any legal custodial rights and could not take on her late girlfriend’s son despite being such an intricate part of his family for so many years.

5. No One Knows Much About His Father

The simple truth of the matter is that very few people know anything about his father. We know that his name is Dain Pape and that he was allegedly dating Morgan Fieri at the time she became pregnant with her son, but nothing else other than that. She was openly gay when she died, so there is some speculation about what kind of relationship she had with her son’s father at the time.

6. He is Very Close to His Uncle

At the end of the day, Guy Fieri might not be his father, but he is a father-figure to the young man. He’s been close to his uncle his entire life, and he does a lot with him. They spend a great deal of quality time together including going fishing and on trips together, and that is one thing that we are certain his own mother would be thrilled to know.

6. He’s in the Music Industry

With an uncle who is famous, he’s had a lot of opportunities that many kids do not have. He’s grown up in the industry, and he is happy to officially become part of the Spin Artist Agency. He’s into music, and he is doing all he can to be sure he is part of this world.

7. He Loves the Outdoors

While he didn’t say this, we can infer that he is a big fan of the outdoors based on his Instagram feed and the fact that he is outside so often. He’s constantly outside with his friends, on the water, on the lake, and doing things that seem to keep him as close to a body of water as possible. He’s outdoorsy.

8. He is Very Close to His Grandparents

It’s easy to be when it seems evident that they love him so much. When they lost their daughter, they did all they could to keep their grandson with them and to be his new guardians, and that just goes to show how important he is to them. They are, in return, more than a little important to him. Jules calls them superheroes.

He makes it very clear that he is grateful, thankful, and filled with joy about his own life. He is happy to be alive, happy to be on earth, and happy to have the opportunities that he has in life. He loves it, and he does his best to make sure that he shows his gratitude daily.

Despite the fact that he is famous and he is happy to share his life online, he does his best to maintain his privacy when he can. He is happy to spend his time doing what he can do on his own time without spending his time sharing it all with the world.