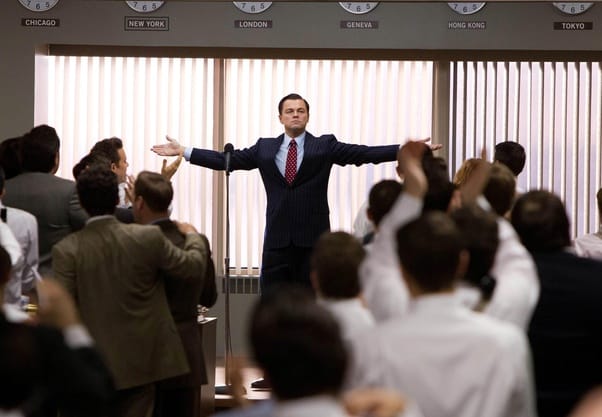 Although movies are meant to entertain us, every so often, one comes along that does more than that. Besides allowing us to think on our feet, some scenes come along that force us to either change perspective and look at the world through a different lens, or get up and take action to better our lives. Through the characters portrayed in these scenes, we see bits of ourselves; determined, vulnerable, broken, and needing fixing alike. In their stories, we find words for what we feel but aren’t able to express. In the 2010s, some movies came along with scenes so powerful that we had to stop and watch again, because the delivery was resonant at best.

Steve Jobs was one of the greatest in his time, and several movies have been made to show just that. Jobs is a 2013 biographical film starring Ashton Kutcher as Jobs and Josh Gad as Apple co-founder, Steve Wozniak. The movie features Apple’s iconic ‘Think Different’ campaign, which has a life of its own: “Here’s to the crazy ones; the misfits, the rebels, the troublemakers. The round pegs in the square holes. The ones who see things differently. They are not fond of rules. They have no respect for the status quo. You can quote them, disagree with them, glorify or vilify them, but the only thing you can’t do is ignore them. Because they change things. They push the human race forward. While some may see them as the crazy ones, we see genius. Because the people who a crazy enough to think they can change the world, are the ones who do.”

The Butler is arguably one of Lee Daniels’ iconic films to date. The film is based on the life of Eugene Allen, a butler who had the honor of serving 34 years in the White House, and features Forest Whitaker as Cecil Gaines. While Gaines is stuck in the administrative side, performing his duty as a butler, Gaines’ own son, Louis (David Oyelowo) is a student activist, who’s at the forefront of the civil rights movement. The height of their contrasting lives is observed when Louis shows up at a family dinner with his equally liberated girlfriend. “ Sidney Poitier is a white man’s fantasy of what he wants us to be.” Louis says at dinner. An irritated Cecil says, “ What you talking about? He just won the Academy Award. He’s breaking down barriers for all of us.” Not one to back off a fight, Louis says: “ By being white. By acting white.” At this point, Cecil is fed up with his son. He gets up from his seat and orders Louis to get out of his house, all while visible irate and ready to fight. In a condescending tone, Louis quips, “ I’m sorry Mr. Butler. I didn’t mean to make fun of your hero.” Gloria Gaines (Oprah Winfrey) retaliates with a smack that sees Louis struggle to find balance. “ Everything you are, and everything you have, is because of that butler.” Gloria reminds her hard-headed son and kicks him out.

The Wolf of Wall Street, as controversial as it was, gave us some of the most inspiring motivations when it comes to sales. In one of Leonardo DiCaprio’s speeches, he says: “ See these little black boxes, they’re called telephones. I’mma let you on a little secret about these telephones; they’re not gonna dial themselves, okay? Without you, they are just worthless hunks of plastic. Like a loaded M16 without a trained marine to pull the trigger. And in the case of the telephone, it’s up to each and every one of you, my highly trained strata knights, my killers, my killers who will not take no for an answer, my f****** warriors, who’ll not hang up the phone, until the client either buys or f***** diieeess!!! [applause] Let me tell you something, there is no nobility in poverty. I have been a rich man, and I have been a poor man, and I choose rich every f****** time!”

Hidden Figures was based on the story of NASA scientists who were part of the space race. In one of the movie’s most powerful scenes, Taraji P. Henson, who plays Katherine Johnson, fires back her boss when questioned about trips to the bathroom. “There is no bathroom. There are no colored bathrooms in this building, or any building outside the West Campus, which is half a mile away. Did you know that? I have to walk to Timbuktu just to relieve myself. And I can’t use one of the handy bikes. Picture that, Mr. Harrison. My uniform; skirt below my knees, my heels, simple string of pearls. Well, I don’t own pearls. Lord knows you don’t pay colored’s enough to afford pearls. And I work like a dog, day and night! Living off of coffee from a pot none of you want to touch!!! So, excuse me, if I have to go to the restroom a few times a day.”

Written by Jordan Peele and starring Daniel Kaluuya, Get Out was Peel’s first attempt at directing. Upon its release, the film was named by Time amongst the best that year. It was also one of the most profitable films of the year, and a hit within the culture, thanks to the iconic Sunken Place scene. There are many interpretations of the scene where Chris Washington (Kaluuya) sinks into what seems to be an abyss, wearing the most horrified look on his face. Some equate the scene to sleep paralysis while others think of it as hypnosis at its best. The show’s creator, Peele, however, has a different explanation of ‘The Sunken Place’: “The sunken place means we’re marginalized. No matter how hard we scream, the system silences us.” Peele tweeted to explain the scene. It’s memorable and worth noting, not only for Kaluuya’s acting, but also for the meaning behind it, and goes down as one of the most powerful scenes of movies made in the 2010s.