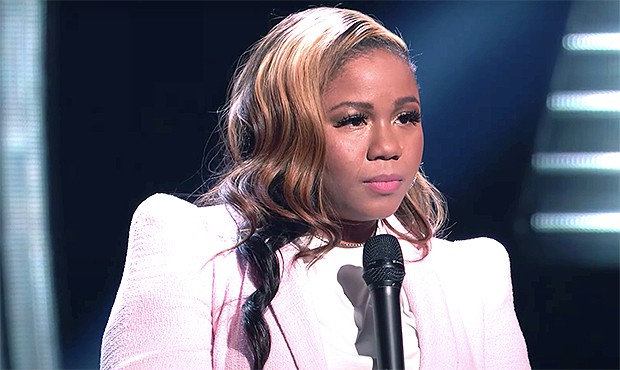 Brittany Bree has already made such an impact on the world, and she’s barely gotten started. “The Voice,” hopeful has made it clear she has a strong voice, a desire to win, and she is someone to watch out for. Her blind audition was one for the books – she managed to get all four coaches to turn their chairs around hoping to take her for their own team, but only one judge gets to call her their own. She chose to be part of Team John Legend over the likes of Kelly Clarkson, Blake Shelton, and Ariana Grande. She’s a powerful singer, and she’s going to advance far in this competition. Here is everything you need to know about Brittany Bree.

Bree is a born and bred Texan, and she is proud of her heritage. She is someone who has been singing since she was a child. She was only five when she began singing. By the time she was old enough to drive a car, she was working at her church as a worship leader. It’s a lovely job for someone with her talent and skill.

Prior to her blind audition, Bree has never sung a song anywhere but in her church. She’s in the choir, she’s the worship leader, and she’s someone who just didn’t do this out loud or publicly. While we are all enamored by her voice, we think it’s a crime she’s been keeping it all to herself for all these years. The world wants to hear her sing!

Bree is a mother times two. She has two little girls, and they are her reason for everything. Her entire world changed when she became a mother – like any good mom’s world does – and there is not a thing she will not do for her kids. She’s raising them right, she’s showing them that hard work and a dream can happen when you put in the effort, and she’s looking to change their lives.

This is a huge situation for Bree. She’s a mom of two little girls, and she works hard to support them. She does whatever it takes to make ends meet and to provide for her family. This currently includes working on an assembly line as well as working as an adjuster. She doesn’t have much free time, but she is someone who is looking to change her life.

While she might not have a long career as a singer in public, she’s a woman who does what she can to focus on making herself better. She challenges herself to try on all types of music for size. It would be easy for her to stick to one genre, but challenging herself to try other music on for size is something that helps her grow and refine her outstanding talent.

Bree is a fashionista through and through. Her Instagram feed shows her posing in fabulous ensembles that show off her curves and her sense of style. She definitely wears the clothes – the clothes do not wear her. She takes risks, but she knows what works for her and she rocks it every single time.

You might assume she’s not considering she’s never sung outside of her church before, but this is one confident woman. She knows what she has and what she is working with, and she is taking it to the top. She will not be stopped. Her confidence is astounding – and it’s something her daughters will grow up having themselves.

At the end of the day, she might be a reality television star and she might like to show off her fashion and style online, but she’s not sharing her kids with the world. She keeps their lives private, she keeps them off the internet, and she works hard to ensure that they are protected each and every day.

When COVID-19 shut down so much of the world, one thing she missed more than anything was being able to worship with others. Her faith is so important to her, and she missed being in the church with her church family.

The judges already told this young singer that if she’s not in the finals, something is not right. She’s going to make it to the top, and she’s going to rock the world with her powerful voice. This is a tough competition, but she is someone who is going to show us she can do it.