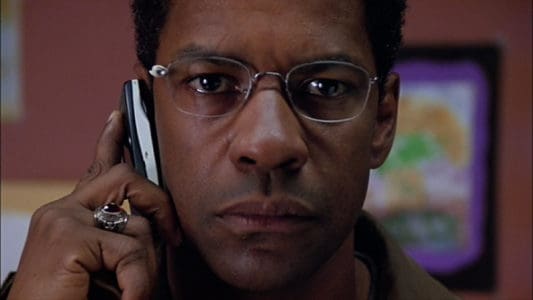 From flesh-eating zombies to scientific mind control conspiracies, if you are a fan of the Sci-Fi genre, there are loads of movies to watch on Netflix. However, the streaming service will be cleaning house this month, and you’ll have a couple of days to binge-watch these top Sci-Fi movies:

Romance meets science fiction in Time Traveler’s Wife. Although this film was released nearly fifteen years ago, it’s a classic that will always transcend time; literally. Henry Tamble (Eric Bana) is a librarian who has been living with a rare genetic disease that causes him to drift through time at any moment. Henry has no control over his time travels. On one of his journeys, he meets Claire (Rachel McAdams) the love of his life who he ends up marrying. Henry and Claire’s fierce love for each other is heartwarming yet Henry’s inability to stay in the present with his wife threatens their marriage. The Time Traveler’s Wife explores important life themes such as love, loss, and free will.

The Manchurian Candidate is a two-hour-long political science fiction thriller starring Denzel Washington. This 2004 rendition of the 1962 film centers on Major Bennett Marco a Gulf War veteran. Years after a big ambush during the Gulf War that nearly claimed his unit lives, Major Bennett begins to have bad nightmares and he realizes that his fellow squadmate Sergeant Raymond Shaw who’s now a vice-presidential nominee, may not be the war hero he was celebrated to be. When Major Bennet discovers a chip implanted in his back, the memories of what happened during the ambush come rushing back to him. As Sergeant Shaw’s political power grows, Bennet realizes that all his squadmates were brainwashed as part of a sinister assassination plot. If you’re searching for an intense Scifi thriller with lots of plot twists that will leave you astounded, you’ll enjoy this film.

The Ring is a supernatural science-fiction thriller that was released on the big screen in 2002. This film stars Naomi Watts, Martin Henderson, Brian Cox, and David Dorfman just to name a few. The plot centers around Rachel Keller, a journalist that begins to investigate the mysterious death of her niece, Katie, after she learns that Katie and her friends all died after watching a supposedly cursed videotape. Rachel uses her investigative skills to find the video and watch it. She now has seven days to solve the mystery surrounding the tape and prevent her death.

Monsters Vs. Alien is an animated movie that can even keep adults entertained. Susan Murphy (Reese Witherspoon) is transformed into a 50-feet giant after being struck by a meteor on her wedding day.  She’s taken into captivity by the American government and shuttled off to a secret compound where she joins a team of monsters that are given a mission to defeat an alien mastermind attempting to take over Earth. If you need a break from hardcore SciFi, this light-hearted, science-fiction comedy is loads of fun to watch.

5. Resident Evil After Life and Extinction

The Resident Evil After Life and Extinction is the sequel to Resident Evil: Extinction. If you haven’t watched any of the Resident Evil film series, it’s best to binge-watch the previous movies before you watch this one. In this sequel, Alice (Mila Jovovich) continues her fight against the Umbrella Corporation while doing her best to survive in a world that’s overrun with the walking dead. Alice ends up meeting up with an old friend, together they round up a group of survivors and together they set out to a rumored haven in Los Angeles. When they finally make it to Los Angeles, the group realizes that the city has completely been overtaken by zombies and that they may have just walked into a trap.

Who doesn’t love a James Bond movie? If you’ve already seen Casino Royale and the Quantum Solace is definitely worth another watch. Casino Royale released in 2006, takes place at the beginning of James Bond’s career. Secret Agent James Bond goes on his first mission to defeat a powerful private banker who funds terrorist organizations in a high-stakes poker game. The follow-up to Casino Royale is Quantum Solace which came out in 2008. In the sequel, James Bond is on a personal mission to avenge the death of his lover. He’s joined by Camille Monte who wants revenge for the brutal murder of her family. Their hunt for vengeance leads them to a member of the Quantum organization.