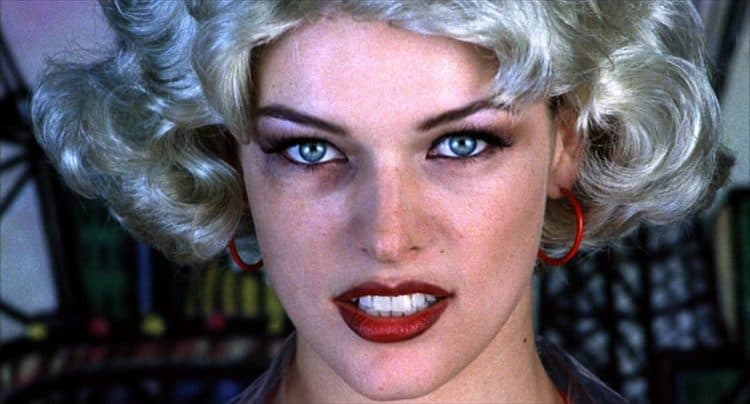 Given her status in Hollywood and in the eyes of her fans at this point you might think that Milla Jovovich has had a pretty good life, but early on her life was anything but simple since her family made their way from the Soviet Union to America when she was very young. When they divorced she went with her mother, who tried to find a job as an actress but had to settle for something much less. During her school days it was hard if not impossible for Milla to fit in since she was teased about being Russian and often left to her own devices. She left the seventh grade to focus on modeling and then began to get herself into a bit of trouble with drugs, vandalism, and even credit card fraud. Thankfully her acting career took off after a while, and as you can see from her work throughout the last couple of decades she’s managed to reform herself into a positive role model for others.

Here are some of the best movies she’s been featured in at this point.

It takes a lot to forgive people at times since the idea of breaking someone’s trust is not something that’s taken lightly. When Jesus Shuttlesworth’s father accidentally killed his mother he vowed that he would never forgive him for the rest of his life. When his father is given a type of parole to try and convince Jesus to attend a specific school however they get the chance to reconnect, but Jesus is having none of it. Throughout the film his father tries to do the right thing and to atone for what he did, and at one point he even comes across a woman that needs his help as she’s being abused by her pimp. The movie is pretty gritty and down to earth in many ways, which could be why it wasn’t deemed to be worth much.

It’s amazing how well she can play the part of a stoner chick, but in this movie that wasn’t really difficult since there were only a few types of people it seemed like, and the stoners were some of the most prominent figures around. This is the kind of movie you watch when you’re drunk, high, or just need something to do that doesn’t require a lot of thought. It’s also one of the cult classics that a lot of people would insist that a person needs to watch at least one in their lives if only to say that they’ve seen it. In some ways it’s the coming of age story that helped to define a generation, while in others it’s just a fun movie to watch.

The story of Joan of Arc has been told in a few different ways with a few different versions but the end result is thankfully always the same if the storyteller is staying true to what happened back then. A young French girl has a vision that God has spoken to her, telling her of the need to unite the French people in an effort to stave off their enemies and reclaim their country from those that have oppressed them. The only problem with this is that the men in power, the clergy, deem her to be a witch even after she manages to rally the troops and bring them victory. This is one of those films that proves that those in power don’t like to share influence with those that they consider to be beneath them.

Ever notice how movies set in the future present a very warped sense of reality and what it might become? According to the Back to the Future movies cars should be flying by now and our jackets should auto-adjust. And according to this movie a terrible evil is coming and only one weapon can possibly stop it. The only problem is that Leeloo has no idea what our world is all about and why humans are the way they are. She’s a perfect being that has never had to deal with the hardships of a world, and yet when she begins to learn she comes to understand just why the world needs saving.

Fans of the video games were on pins and needles to see just how this would come out, and despite the differences a lot of them weren’t disappointed since this movie was almost pure action from start to finish. The cast made the film something special and the fact that Milla Jovovich was selected to play Alice was just about perfect. Add in a soundtrack that was raw adrenaline throughout the movie and it was something that simply couldn’t be topped when it came out, as each person played their part almost perfectly and the film was undoubtedly the best one in the bunch.

From being teased and bullied as a child to being one of the best actors in Hollywood, Milla has had a rather successful journey.