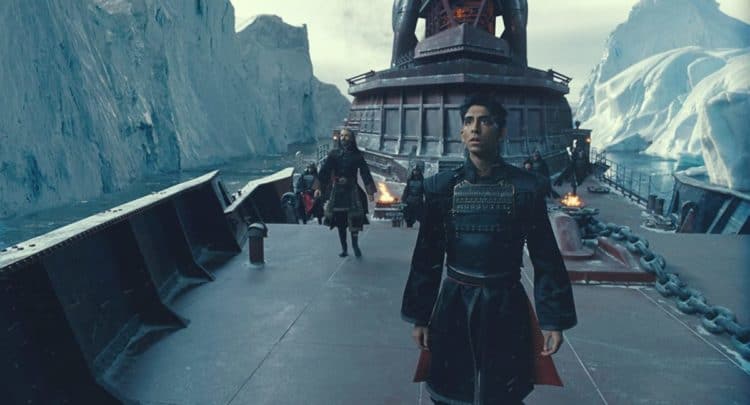 It’s been over ten years since the flop known as The Last Airbender hit movie theaters, yet the scars from the Avatar film still run deep. Originally planned as a trilogy, the live-action franchise was instantly killed when the film failed to make back its expensive $280 million production costs. The M. Night Shyamalan vehicle was trashed by critics, who called the film a joyless, directionless, misguided, and horribly acted feature that fails to properly represent the original source material. I can spend all day explaining why The Last Airbender is a horrible movie, but I’m pretty sure that’s been a well-covered topic at this point. However, the film was actually doomed from the beginning, thus it really didn’t have a chance at success the moment M. Night Shyamalan was attached to the popular franchise. Let’s examine the reasons why The Last Airbender was doomed from the start.

In total, Avatar has 54 episodes within the span of three seasons. Granted, some of those episodes end up being filler; however, even those shows have a form of character development. It’s incredibly hard to tone down the 20-episodes of season one into a two-hour film. Unfortunately, we simply get the basics of the show, which is Aang trying to take down the fire nation. The film feels like cliff notes of the actual series, as we never get to truly know Aang as a person and his character growth is barely existent. It’s understandable that someone like Jet doesn’t make the cut of the film. While a strong character, he doesn’t serve a main purpose for the overall arc. However, the film glosses over Aang’s lessons on becoming a full Avatar and in turn, it skips the big character moments that come with him training to defeat the fire lord. I’m not stating that the movie should’ve been a two-hour exercise of watching Aang, Katara, and Sokka training for the big battle against the fire nation, but the key issues lie with the character development of Aang was a necessary tool that Shyamalan should’ve focused on. In the anime, Aang is a fun-loving, but immature kid who eventually matures over time, but the live-action movie showcases an intensely serious young boy. Couple that with the fact that Katara and Sokka don’t serve much of a purpose other than being Aang’s sidekicks with dry personalities, then the experience was never going to match the original series. It also barely scratches the surface with Prince Zuko. Overall, the film is an unnecessarily grim and dour version of the Avatar world. It doesn’t even come close to matching the spirit of the anime series and the actors feel miscast for the roles that they’re given. Speaking of the actors…

The Last Airbender Was Cast Terribly

Let’s put aside the fact that this predominantly Asian source material should’ve had an Asian cast. Let’s ignore that painful fact. If you’re going to have white actors take over iconic roles, can they at least be good? I don’t know the exact auditioning process, but these feel like bottom-of-the-barrel actors chosen to carry the load. Aang, Katara, and Sokka are not in The Last Airbender. The actors never embody the spirit of these popular anime characters as everyone is so dry and bland that there’s no personality or charisma showing. I don’t mean to be so harsh to Noah Ringer, Nicola Peltz, and Jackson Rathbone, but I can’t pretend that the acting was not a major issue of the film. I’m pretty sure they gave it their all, but they shouldn’t have been cast in the first place. The only actor that does a decent job is Dev Patel, which is no surprise given the talent of Mr. Slumdog Millionaire.

The Wrong Director Was Hired For The Last Airbender

At the end of the day, it all comes down to the director attached and M. Night Shyamalan doesn’t match the style of the Avatar series. You don’t particularly have to be a fan of the source material, but Shyamalan has never directed a film akin to The Last Airbender. Avatar isn’t just a kids series, it tackles mature themes that can resonate with teenagers and adults. Shyamalan noticeably stripped fun out of the film and approached it as a movie targeted at kids (Which is odd since this is a kids film). Even then, Shyamalan doesn’t have much experience in kids features. He did write Stuart Litle and directed Wide Awake; however, it’s notable that Shyamalan’s style works better when he’s making movies like Sixth Sense or Unbreakable. Shyamalan tried to make The Last Airbender his own, and the movie turns out to be a bland mess featuring decent CGI. Shyamalan is a talented director, let’s get that straight; however, he was simply out of his element here. His approach to the source material was all wrong from the beginning, thus signaling the demise of the popular franchise.