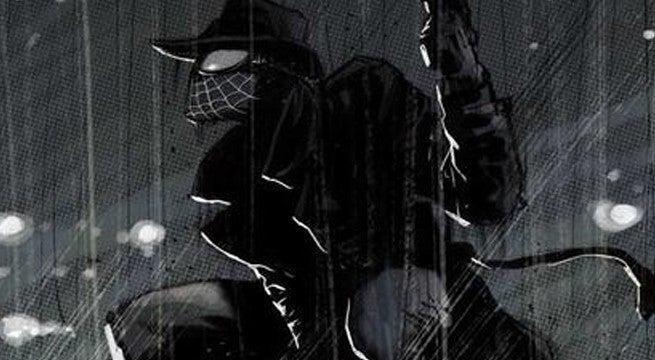 The Spider-Man universe is in full swing and it’s time that Sony started venturing outside of the world of Peter Parker. While it’s highly likely that Miles Morales will get that nod, it would be great if Sony explored different avenues of the character that can really open up the diversity of the Spider-Man canon. That’s where Spider-Man Noir comes in. Though this is another version of Peter Parker, it travels back into time back during the Great Depression days. In this alternate universe, Peter Parker is a detective who was also bitten by a highly venomous spider that turned him into the feared crusader. Now, the downside is that this is another Peter Parker. It would be best to veer away from the character for a while once Tom Holland’s version is done; however, what’s unique is the time period and the potential this spin-off has to become so much more than a comic book series.

To keep the Spider-Man canon intact, Spider-Man Noir would be better served as a mini-series. What’s always great about live-action films, in general, is that Spider-Man is one of the few superhero franchises that taps into an emotional core. Diving into the world of Spider-Man Noir gives creatives chances to play with that aspect even more, and what’s better is the fact that the world of Spider-Man is turned upside down. Perhaps the series can tackle Norman Osborn as a major crime lord? Crime lord and film noir go hand-and-hand so it wouldn’t be something wholly original; however, given the comic book status of both characters, it’s a fun juxtaposition that could be explored in a fresh and intriguing manner. What makes Spider-Man Noir such a refreshing exploration of the Spider-Man universe isn’t just the time period or different characters that roam around the Great Depression era, but also the fact that this could be a darker and grim version, which is the complete opposite of the Spider-Man world overall. At least in the live-action spectrum.

Plus, who wouldn’t want to see Spider-Man fight off forces in Nazi Germany or test his skills with new villains such as Crime Master, a sadistic and notorious gang boss who’s also a KKK affiliate. This also showcases Peter Parker in a different light. The sarcastic jokester in the films will be tested in a more violent setting. Is he brooding and stoic? Maybe this Peter Parker is the type of man who views killing as the better option as opposed to quippy one-liners and a string of web. Spider-Man has dealt with villains who wanted to end the world, but these are more personal stakes at hand because of the time period and how different the culture was during the Great Depression. Dealing with prejudice and racism in the 1930s wouldn’t have been easy because African Americans weren’t exactly on the same playing field as Whites during this time. Slavery was over, but the war on race was at an all-time high.

Also, dealing with a country who is in the midst of a terrible economic depression results in abnormal behavior. How is Parker dealing with the huge crisis that’s rocking the nation? What depths is he willing to sink into just to keep peace in a world that’s always on edge? How can justice be served in an unjust world? Hell, Spider-Man Noir could even take place during World War II! Superhero films aren’t necessarily tasked with being political or powerful, but this opens the books to have important discussions about the mistakes of the past and how not to replicate them. Though, Spider-Man Noir shouldn’t forget to be a comic book series first. This could be more in line with The Batman, though in the 1930s. It would also be fun to see how the likes of Kraven, Cameleon, Vulture, or many other supervillains thrive in Spider-Man Noir’s world. The focus should be on one big bad, namely a villain who hasn’t been strongly showcased in the live-action world of Spider-Man. Coming off a vastly successful Spider-Man: No Way Home, the world of Spidey is a hot commodity and Sony would be wise in expanding the lore of the character. There’s plenty of interesting versions of Spider-Man that could be showcased outside of Peter Parker or Miles Morales; however, completely turning the franchise upside down by going back into time with a darker Spider-Man navigating a broken world opens up plenty of creative possibilities. Spider-Man Noir should be next in line for a spin-off series.