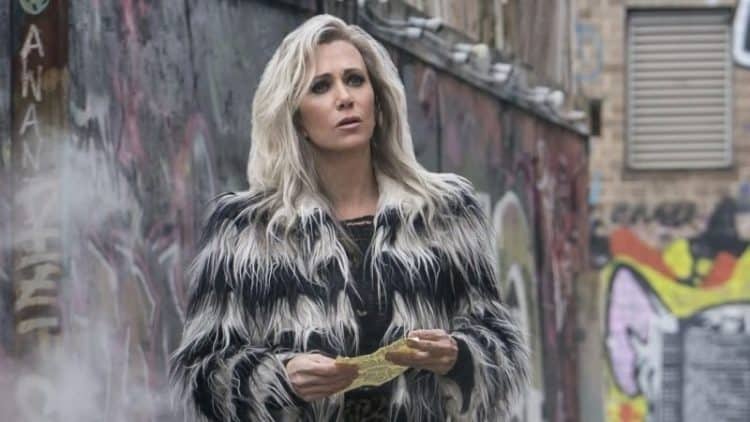 One of the biggest rivals of Wonder Woman made her live-action debut in 1984 and it wasn’t exactly the best incarnation of the character. It’s okay that Patty Jenkins deviated from the original source material to carve her own path; however, Cheetah never felt like a big villain in the 2020 feature despite being known as one of the most popular and celebrated DC characters. Created by William Moulton Marston, the original Cheetah made her debut in Wonder Woman (Volume 1) #6 in 1943. Though the third incarnation of the character, Barbara Ann Minerva, first appeared in Wonder Woman (vol.2) #7 in August of 1987.

Putting Cheetah in a Wonder Woman movie is a no-brainer, but the path that the film took to get there was a mistake. What’s great about DC is that they have so many rich characters in their world they could easily spin-off into their own feature. It actually wouldn’t be too hard to have Cheetah make her own spin-off, chronicling her origin story in the path to villainy. Now, it doesn’t particularly have to focus on Kirsten Wiig’s version. Understandably, audiences would likely stay away from that film because of how poorly she was handled in Wonder Woman 1984. However, the good news is that DC is no longer trying to connect their universe together, so it wouldn’t be much of a hassle for Wiig to reprise her role here as the actress was solid as Barbara. Though, scrapping the original version of Patty Jenkins’s character would be ideal. If Jamie Foxx’s Electro can get away with it on Spider-Man: No Way Home, then there shouldn’t be any issue with Wiig’s version doing the same.

What’s great about Barbara Minerva’s version is that it opens up the world of DC that’s been mainly focused on the primary villains like Joker, Riddler, or Harley Quinn. Jenkins made the mistake of portraying Minerva as a shy, nerd, who’s basically ignored in front of her peers. That type of story doesn’t particularly work outside of the high school setting and what’s worse is the trope of putting a hot girl in glasses thus making her “unattractive”. Making her the selfish, spoiled heiress who is secretly jealous of Diana/Wonder Woman could be a great launching point for her character. Not every DC villain needs to be some murderous psychopath who would eventually end up in Arkham Asylum. Though, that doesn’t particularly mean that’s the only direction that the character can go.

Perhaps the feature picks up following the events of Wonder Woman 1984. Barbara craves the power that she just had. She becomes fiendishly obsessed with regaining what she lost and turns her life upside down just to have the power of Cheetah again. There’s a great character driven angle in here. Given DC’s darker live-action films, there’s a way to feed her character into that world without completely changing her persona. Wonder Woman 1984 never truly developed the character in a way that suited the world of DC. Jenkins tried to make it a bit more realistic, whereas it ultimately came across as a pedestrian story that would’ve been better suited in one of the dozens of romantic comedies where an “ugly” chick turns into a model and gets the guy in the end. If this was the route taken, then Wonder Woman would definitely be present. It would be extremely odd if Barbara was running rough shot around town and Diana/Wonder Woman was nowhere to be seen.

Cheetah would be best served if that played up the more comic book hero aspects instead of taking a realistic approach like Joker. It’s about a woman trying to become a Cheetah, there’s only so much realism you can take from that story arc. However, it doesn’t have to be based on Barbara Minerva. Each of the incarnations of the Cheetah have an interesting story to tell, and it would be great to actually build a villain before her showdown or rematch against Wonder Woman. Otherwise, what would be the point in making a solo Cheetah feature? Justice League isn’t coming out anytime soon (or at least I think it isn’t) and while Cheetah can serve a nice purpose for another DC hero, it would be great if Warner Brothers circled back to the Wonder Woman/Cheetah rivalry that they botched the first time. Fix her story in a solo feature and she’ll feel like the epic, big time villain that she was in the comics. Cheetah deserves some type of spin-off that washes away the mistake that was made in her live-action debut.