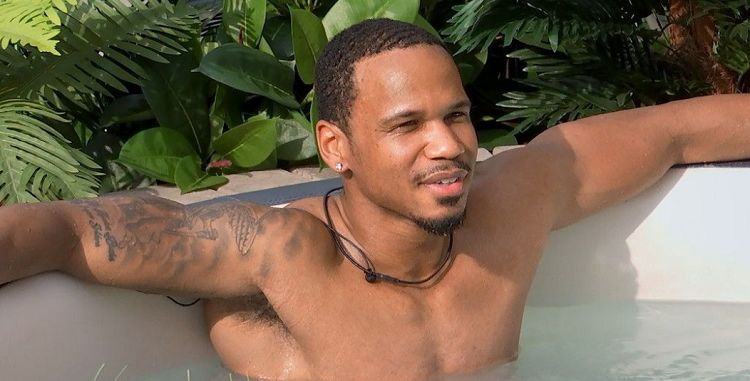 The world loves a good reality show, and The Circle is one that Netflix didn’t even see coming the way that it did. It was an instant hit, and fans want to see more. While trying to earn the most trust and the most popularity to win, you have to sit back and either hope your own personality is good enough to make it happen or you have to pretend to be someone else. Trevor St. Agathe is working hard to convince everyone he is someone he is not – but what his circle members don’t know about him is that he already has six figures from this show in his life. What does that mean? Read on to find out.

He’s currently serving as a reality show star on the fourth season of The Circle, which is a reality game show in which contestants can win six figures. The premise is simple – you have to stand until the end without being eliminated, and you do it by getting everyone to trust you. You can either catfish everyone and pretend to be someone else, or you can be yourself.

2. His Wife Won The Same Show

His wife, DeLeesa, was on this reality show prior to her husband. She had a place in season two. If you’ve watched, you already know that she catfished everyone in season two into believing she was her husband, and she won the show. She brought home $100k for her friends and family.

He’s a man who has a lot of love and a lot of pride in his life, but it’s his two little girls that bring him the most joy. He has two sweet girls with his wife. His little one was not quite one when they found out they were having a second baby, so they are close in age and just darling.

When his wife found out she was pregnant with a second baby, she was halfway through the filming of her season of this reality show. She found out, she kept it a secret, and she did not tell her husband. In fact, she waited until the end to call him to tell him that she won the show and $100k…and that they were expecting a new baby. It was a lot of big and exciting news for him to take in all at once, and he loved it.

Of his wife, his daughters, his life; he is proud of all of it. He is a family man through and through, and he is happy to have these people doing his life with him. He is very outspoken on a regular basis about the many blessings in his life, and his wife and kids are his biggest blessings.

He’s a born and raised New Yorker from the Bedford-Stuyvesant area of the state. However, he no longer lives there. When his wife won the show in season 2, she took her money and the couple chose to buy a home in Atlanta, Georgia, where they are now living a much happier, much better quality of life.

He’s young, but he’s not so young that he doesn’t know what he is doing. He is 35, and he is living a good life. He prefers to keep as much of his life as he can to himself, but his wife does share a lot on her own social media channels, and she even has a family YouTube account for their darling family.

If you can say one thing for certain about this one, he is a smart man. He did not waste a moment of his education, and it shows. He began his college career at the State University of New York College (Buffalo). He earned a Bachelor of Science while studying general health and wellness. He then earned a Master’s Degree (science and Kinesiology and exercise science) from a school called LIU Brooklyn. He didn’t give up there, though; he then went onto to earn his doctorate from the Rock Mountain University’s Health department (human and sports performance).

9. He is Affiliated with Pro Sports

So affiliated that he spent several years working up close and personally with the men who play for the New York Nets. He was the strength and conditioning coach intern prior to being offered the position of head coach. Not of the team, of course; but of that particular department. He spent some time there before he left for another business venture that worked out well for him, too.

Now that the show is on the air, he is hoping to win. He is going to see for himself how this all turns out, and we find ourselves rooting for him. He’s catfishing everyone playing his wife’s friend Imani, and he hopes to bring home another six-figure win for himself and his family.