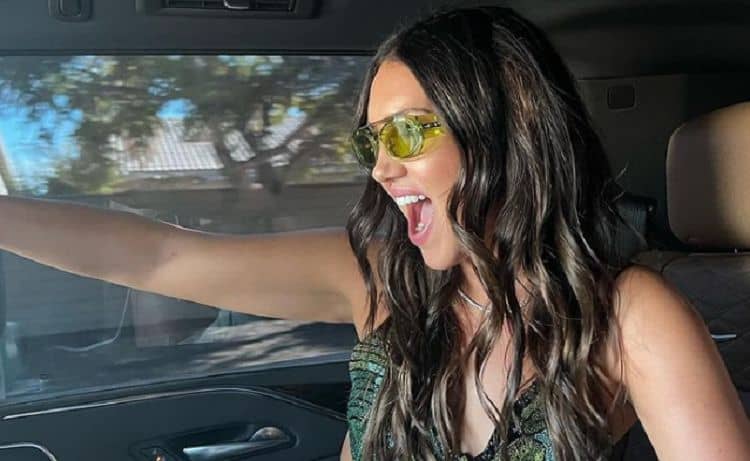 From the moment Tinx posted her first video on TikTok, she knew she had found her calling. In time, other people would come to agree. Her TikTok following has grown to include 1.5 million people, and she is known for posting funny and relatable content. But while her time in the spotlight her brought her lots of good things, it has also brought her under increased scrutiny. Recently, several of her old tweets were uncovered which revealed her making fatphobic and xenophobic remarks. While some of these tweets dated back to the mid-2010s, some were as recent as 2020. Although she has since apologized for the posts, some people simply aren’t buying it. Keep reading to learn 10 things you didn’t know about Tinx.

1. She Is Originally from Washington D.C.

Tinx was born in the Washington D.C. area, but she relocated to London at an early age and was raised there. She returned to the United States when she was 19 and settled in California where she still lives. Although it doesn’t appear that she has plans to return to the UK, London will always have a special place in her heart.

Adam Sandler is someone who Tinx has always looked up to, but not for the reasons you might think. While most people love Sandler because of his comedy and acting skills, Tinx sees him as more of a fashion icon. During an interview with Vogue, she said, “Adam Sandler is someone I think a lot about when I get dressed. How big can my T-shirt be; how long are my shorts? That’s very accepted in California too.”

3. She’s Worked With Some Major Brands

Being popular on social media has helped Tinx gain access to some very cool opportunities. As someone who has always loved fashion and has a master’s degree in the field, she was able to combine both of her interests by appearing in a commercial for H&M. She has also worked with Chipotle.

4. She Loves to Read

There are some people who are completely bored by the thought of even reading a book, but Tinx isn’t one of them. She is an avid reader and enjoys being able to relax and get lost in a good book. She even has an entire highlight section on her Instagram profile dedicated to books.

5. She Studied at Stanford

When Tinx returned to the United States at 19, it was so that she could attend college at the prestigious Stanford University. While there, she studied creative writing and English literature. After graduating, she went on to attend Parsons School of Design where she earned a master’s degree in fashion journalism.

Mental health is a topic that lots of people shy away from discussing out of fear that they will be judged. Tinx, however, has been fairly open about some of the challenges she’s faced regarding her mental health. She has discussed having anxiety although she mentioned that her followers haven’t really seen how her anxiety manifests.

During the COVID-19 lockdown, TikTok became insanely popular. Like millions of other people, Tinx decided to download the app to see what it was all about. She posted her first video in 2020 and within just a few months her following had already grown exponentially.

8.  She Doesn’t Mind Opening Up About Her Personal Life

There are lots of influencers who have created an online persona that is completely separate from their offline lives. As a result, they don’t share much information about their lives. Trinx, however, has shared a lot about herself with her followers although she has decided to maintain some privacy around her romantic relationships.

9. She Started a Podcast

Now that she has blown up on TikTok and Instagram, Tinx has found other ways to keep the momentum going. One of those ways is by starting a podcast. In her podcast, It’s Me, Tinx, she shares her takes on pop culture and she also shares advice with her listeners.

10. She Has Some Advice For Aspiring Influencers

Now that she’s successful, Tinx knows a thing or two about what it takes to make it as an influencer. When asked if she had any words of wisdom for aspiring influencers, she told Mane Addicts, “I would suggest focusing on little things that bring you a lot of joy, whether that’s having a crush on a celebrity or eating ice cream at 3 a.m. while watching horror movies. All of the things that we don’t allow ourselves to indulge in as adults, do those things that you love and I can all but promise you’ll feel inspired.”