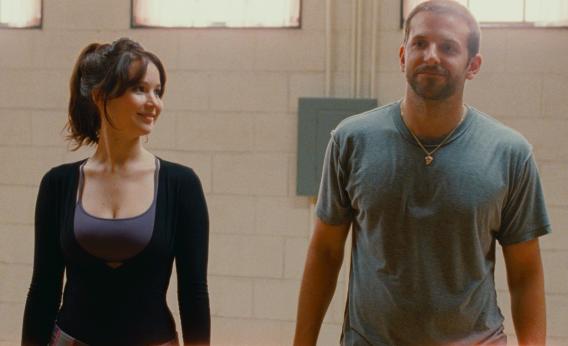 In honor of May being Mental Health Awareness month it’s important to look at just about everything that mental wellness touches. Movies are a big representation of mental health despite the fact that many of them tend to focus mostly on the ill effects that mental stress, defects, and disorders can cause the affected individuals and those around them. In any case the movies below show some seriously prominent disorders that affect many people in this world and tend to disrupt lives on a regular basis. The only thing to do for many of them, besides therapy and medication, is to try and understand them and what they can do to those who are affected. Being aware of a mental disorder is the first step to trying to help those afflicted.

Obsessive Compulsive Disorder is something that people get pretty uptight about at times since so many folks decide to throw it around in a casual manner. But in truth this condition is quite serious for some people since the anxiety it can cause is simply unbelievable and can come out in many different ways. Some might say there are typical cases of OCD but in truth there’s nothing typical about it since like many things it affects every person just a little differently.

Just because you’re a genius doesn’t mean life is bound to be hard in other areas, but it does mean that you might not have the adequate coping mechanisms that are needed to deal with a disorder that you don’t fully understand. Paranoid Schizophrenia is something that affects a lot of people but is hard to deal with outside of medicating the problem and spending hours of therapy trying to calm. Seeing things that aren’t there, imagining people that are coming to get you, and being absolutely paranoid at times are hard facts to get past.

As much as we’d like to keep our kids from experiencing or even have to understand the issue of mental health at certain ages it’s still something that might be advantageous to get through to them on their level. This movie doesn’t deal with a lot of serious mental problems but it does happily address what happens when a young girl is forced to undergo a tremendous change in her life when her family moves across the country to a completely different culture. That can cause a wide array of mental instabilities.

2. The Perks of Being a Wallflower

Clinical depression is hard to get away form. It can lead so many people down a dark road that’s difficult if not impossible to pull away from that many don’t seem to understand simply because they’ve never gone through it. Everyone has problems from time to time, that much is the truth, but those that suffer from depression have something more than a problem. They tend to believe that nothing will ever be great again at times, until someone manages to reach them on a level that they can understand and trust, which is vital to begin the healing process.

Bipolar Disorder is another one that people throw around way too often but can be quite serious when it goes untreated. In this movie it becomes almost comical in a dark way but it’s also represented in a manner that shows just how destructive it can be. Pat wants to change, but his tendencies to fly off the hook at times make life a little difficult until he finds someone that manages to balance him out in the way he needs. No matter how they’re represented, mental disorders are serious issues that need to be recognized and addressed.