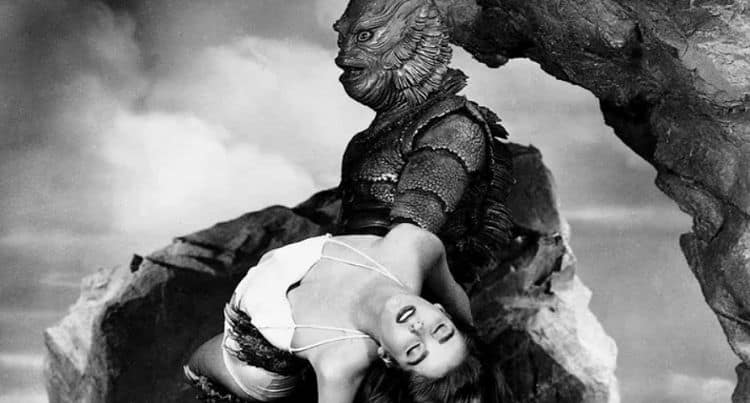 Science fiction movies have always been popular in the entertainment industry. There’s something about aliens, vampires, and other supernatural characters that people just can’t seem to resist. However, since many sci-fi movies rely heavily on technology, many of them haven’t aged well over the years. After all, what is considered ‘good’ when it comes to special effects changes so frequently that it can be hard to keep up. As a result, there are quite a few that would benefit from a remake. With an updated perspective, many of these movies could capture entirely new audiences. Continue reading to see 10 science fiction movies that could use a remake.

Released in 1971, A Clockwork Orange is often considered one of the greatest science-fiction movies of all time. Even though it’s been more than 40 years since it came out, it’s still on lots of people’s watch lists. However, it would be great to see how the movie could benefit from updated technology. At the same time, however, remaking such a great movie could be a slippery slope since it’ll be nearly impossible to top the original.

Cocoon is often considered an 80s science-fiction classic and it would be great to see it get a second win. The movie centers around a group of elderly people who get a second chance at youth thanks to aliens who have secretly been using a residential swimming pool to store cocooned aliens.

Based on the 1967 novel of the same name, Logan’s Run is set in the year 2274. It follows a group of people who are living what appears to be a great life in a city under a dome. They are made to believe that when they turn 30, they will be reincarnated. In reality, however, people are killed when they turn 30 in order to maintain ‘balance’. A group of people called ‘runners’ do their best to avoid this fate by attempting to run out of the city.

Forbidden Planet is a science fiction classic about a spacecraft that travels to the fictional planet of Altair IV to attempt to discover what happened to scientists who went there several years before and haven’t been heard from since. This film could definitely benefit from all of the advances in technology that have taken place since it was released in 1956.

Even if you’ve never seen Mars Attacks!,  there’s a good chance that you’ve seen the Martians depicted in the movie. The film follows a group of aliens who make their way to earth’s major cities. Meanwhile, humans are trying to understand the aliens’ true intentions. Mars Attacks! didn’t have the best ratings upon its release and a reboot could be a great way to make some improvements to the story.

Originally released in 1958, The Blob was remade in 1988. There has already been talk of a second remake, but unfortunately, it looks like the project has been put on hold indefinitely. While the story is a little bizarre, The Blob is a movie that would really benefit from better special effects.

The Black Hole was released at a time when special effects were making some serious projects, but unfortunately, the cutting-edge technology of the time wasn’t used during the film’s production. As a result, many people feel like The Black Hole was robbed of being as visually appealing as it could’ve been. A remake would allow the movie to take advantage of the latest and greatest effects.

8. The Creature from the Black Lagoon

Even if you’re not a die-hard sci-fi fan, you’ve probably heard of The Creature from the Black Lagoon. The movie follows a group of scientists as they attempt to find a mysterious creature in the waters of South America. The movie is often considered a classic, but because it’s nearly 70 years old at this point, it is often overlooked by younger viewers.

Fantastic Voyage is about a scientist who has discovered a way to temporarily shrink people. This technology is then used as a way to save the scientist who ends up developing a blood clot in his brain. The film inspired several other movies that focused on shrinking people and there have already been several failed plans to do a remake.

If you love comedy and science fiction, Dark Star is the movie for you. The 1974 movie focused on a group of astronauts who were on a mission to destroy planets that could eventually threaten the safety of other planets. However, these astronauts are bordering on incompetence.