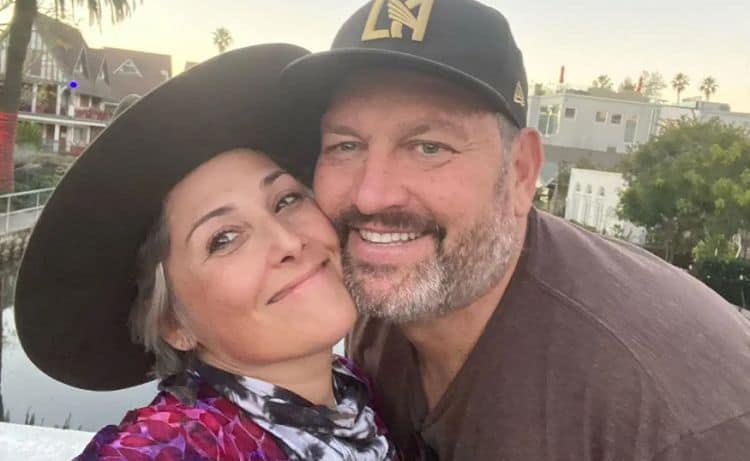 Love has a way of finding people when they least expect it, and that seems to be what happened to Ross Burningham when he met former talk show host, Ricki Lake. The couple announced their engagement in May of 2021, and they officially tied the knot on January 2, 2022. Since Ricki Lake is such a high-profile person, lots of people have been curious to learn more about her new hubby. While it’s true that most people now know him best for being Ricki’s husband, the truth is that Ross has a lot of cool things going on outside of their relationship and he’s a very successful and interesting person on his own. Keep reading to learn 10 things you didn’t know about Ross Burningham.

Ross is a California guy through and through. Not only does he currently lives in the Los Angeles area, but he is originally from a town called Chula Vista which is near San Diego. Unfortunately, we weren’t able to find any information about Ross’ upbringing or his family.

Remember when I said Ross was successful? I wasn’t joking. He has been practicing law for several years and he is now a partner at a law firm called Gunderson Dettmer. According to Ross’ LinkedIn profile, he has “Experience managing a broad range of major business transactions for these entities, including private placements, public offerings, mergers, acquisitions, spin-offs, strategic collaborations and commercial transactions.”

It goes without saying that education is something that has always been important to Ross. However, academics weren’t the only thing he was focused on during his college years. He was also a member of the men’s volleyball team at Brigham Young University in Utah. Although Brigham Young is known for being a Mormon institution, it’s unclear whether Ross is a member of the Church of Ladder Day Saints.

Even though Ross is married to someone who has spent much of her life in the public eye, he appears to be a very private person. His Instagram account is private and he hasn’t done any interviews or anything that suggest he has any desire to be in the spotlight.

5. He Is Ricki Lake’s Third Husband

You know what they say, the third time is a charm. Hopefully, that will be the case for Ross’ marriage to Ricki. Their wedding marks the third time Ricki has been married. Her first marriage lasted for about 10 years and her second for about three. It’s unclear whether Ross has ever been married in the past.

While we aren’t sure whether Ross has been married before, we do know that he has children who are now adults. Ricki described them both as empty nesters. That said, there isn’t any information on how many children he has, or any details his children in general. Realistically, it seems unlikely that he will ever share much about them.

Based on many of the photos that Ricki has posted of them, it’s clear that they both love being outside. Whether they’re simply going for a walk, hiking, or hanging out at the beach, they both seem to have lots of love and appreciation for the beauty of nature. Fortunately, they live in a place where they can spend time outside all year long.

It’s always a little heartwarming to find out that someone loves animals. All of the dog people out there will be happy to know that Ross is a true dog lover. He has stepped in to be a great dog dad to Ricki’s pup Mama Buddha and the three of them love spending time together.

We weren’t able to track down any specific information on Ross’ birthday, but based on when he went to college he is probably around 55 years old. If so, that makes him around the same age as Ricki who recently turned 53. Some people might think that it’s too late for people to find love once they get to a certain age, but Ross and Ricki are one of the many examples of the fact that it’s never too late.