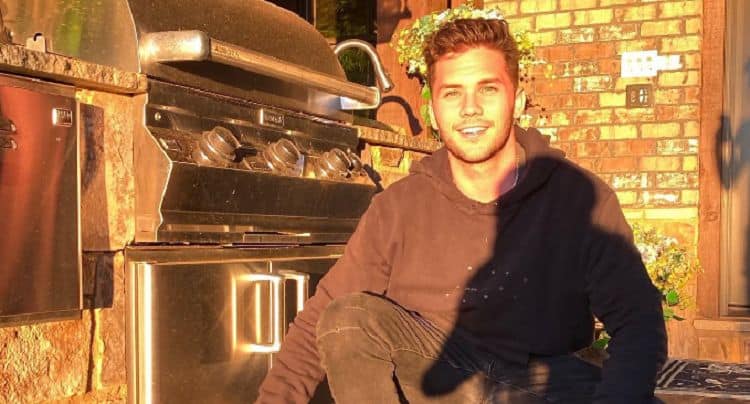 When reality TV first started getting popular, most people thought it was nothing more than a fad. However, years later, reality TV continues to dominate the airwaves. As a result, networks are constantly trying to come up with new ideas for shows. Sometimes, however, it’s best to stick to what has worked in the past. That’s exactly what MTV is doing with its upcoming series, Buckhead Shore. The show is a spin-off of the ever-popular Jersey Shore and promises to boast just as much drama and excitement. Parker Lipman, one of the show’s cast members is excited to join the reality TV world, and he might just become a fan favorite. Keep reading to learn 10 things you didn’t know about Parker Lipman.

No matter what Parker is doing, you can bet that he’s going to look good while doing it. He has a great sense of style and he’s a natural when it comes to putting outfits together for any occasion. Fans will probably get to see him serve some great looks during Buckhead Shore.

2. He Loves a Good Adrenaline Rush

There are some people who prefer to spend their entire lives in their comfort zone, but Parker isn’t that type of guy. He isn’t afraid to take risks every once in a while and he’s always up for a good adrenaline rush. He enjoys doing things like going snowboarding, boating, and off-roading.

From what we know about Parker, he was born in the Atlanta area which is where he currently lives. However, he has gotten to experience lots of other places thanks to his love of traveling. Some of the destinations Parker has traveled to include Turks and Caicos and Puerto Rico. He’ll probably be able to add even more places to the list soon.

4. He Doesn’t Have Any Previous TV Experience

Becoming a reality TV star probably isn’t something that Parker saw coming. As far as we know, Parker has never been a part of any on-screen projects prior to Buckhead Shore. Now that the opportunity is here, however, he may decide to stick around in the entertainment industry.

There’s always something a little special about finding out that someone is an animal lover. With that being said, all of the dog lovers out there should get ready to welcome Parker to the team. He is a proud dog dad and he loves spending as much time with his fur baby as he can.

Staying active is something that has always been important to Parker, and boxing is one of his favorite ways to do that. He was a competitive boxer for several years although it’s unclear what level he competed at. Even though boxing doesn’t play as big of a role in his life today, it’s something he enjoys doing when he has the time.

Despite not having any TV experience, Parker has still gotten to rub elbows with some pretty well-known people in the entertainment industry. Pictures on his Instagram profile reveal that he has met several celebrities including Lil Baby. Now that he’s about to be on a TV show, he’ll probably cross paths with even more stars.

8. He Likes Giving Back to Others

Parker is very passionate when it comes to helping those in need and it’s something that he has consistently used his platform for. Not only has he donated to various causes, but he has also been involved with boxing fundraisers. His Instagram bio also lists several organizations that it appears he has worked with in a charitable capacity. It’ll be interesting to see what causes he aligns himself with now that his platform is growing.

As of now, there isn’t much information out there about Parker’s personal life. Something we do know, though, is that he comes from a close-knit family and he maintains those bonds now that he is an adult. He looks forward to spending time with his family as often as he can and it’s clear that they have been a strong support system for him over the years.

Parker’s life may be fun and exciting, but don’t get it twisted. He is also all about his business. Although we don’t know exactly what he does for work, we do know that he launched a supplement brand called Health. It seems likely that he has also been involved in other business ventures.