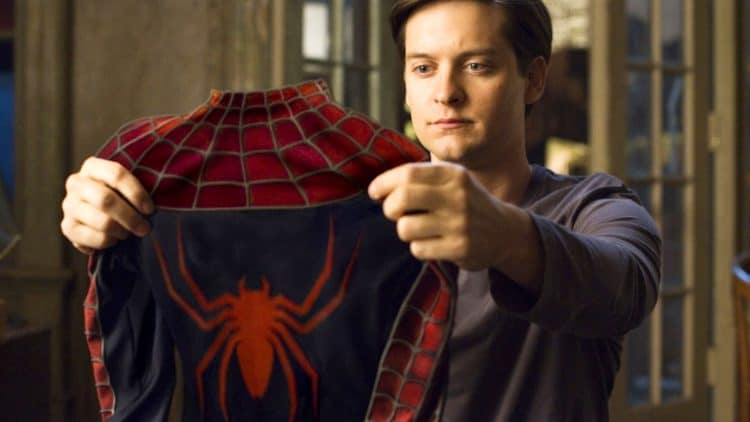 In 2002, writer/director Sam Raimi spawned the first-ever live-action Spiderman movie, which saw Tobey Maguire play the nerdy Peter Parker for three films. Spiderman 2 was highly regarded as one of the best films of 2004, with many believing that the superhero film was snubbed from the Academy Awards. With both films having a 90% plus rotten tomatoes score, the Spiderman franchise was coming into the third installment hot and trailers for Spiderman 3 looked promising. In addition to the New Goblin and Spiderman finally locking horns, villains Sandman and Venom were set to be introduced, along with the tease of a darker Peter Parker. Then the film finally dropped, and it was… not good. Granted, the rotten tomatoes score is a solid 63%; however, there’s no denying the major issues that plagued the third adventure. So, do these problems with Sam Raimi’s Spiderman 3 still hold up in 2021?

It’s been proven in the past how some movies can be misunderstood by critics upon release, namely Stanley Kubrick’s The Shining, which strongly deviated from Stephen King’s novel and was deemed nonsensical and trash following the film’s release. The film was also nominated for a Razzie award for worst director and actress! Over time, critics re-analyzed The Shining and realized its brilliance, and the Stanley Kubrick movie is now considered a classic by many. Other films such as Blader Runner, Psycho, 2001: Space Odyssey, and Apocalypse Now weren’t critical darlings upon release, but are now considered classics as well. Does it mean that the final Tobey McGuire film is a misunderstood classic? Well…no. And I don’t say that because of the goofy dancing scene in the film. The problems that held the film back in 2007 are still clear in 2021, thus the reception surrounding the spidey flick was fair.

First, there were just too many things going on in the movie. The Sandman, Venom, Peter Parker possibly turning evil, the Goblin Jr; these ideas are great on paper, but there should’ve been two focuses here. Since Spiderman killed Harry’s father in the first film, the movie has been slowly building the rivalry between Goblin Jr. and Spiderman. That should’ve been the core story of the film. The Sandman and Venom were completely unnecessary. Peter Parker turning evil could’ve been the subplot, but even that story had some issues. The possibility of Spiderman fighting both external and internal demons could’ve been a strong theme in the third installment. Peter Parker/Spiderman has internally battled himself before, namely in Spiderman 2 when he realized that being a superhero was drastically affecting his everyday life. Peter Parker battling his insecurity and turning into a darker version of Spiderman could’ve been fun. Hell, Parker could’ve turned into Venom himself, using the new power for a bit before realizing how truly evil it was. The pieces for a great story were all there; however, with so much going on, there wasn’t any time to truly explore these ideas. The end result was a half-baked movie that tried to fit everything into a two-hour and 13-minute timeslot.

What made Spiderman 2 so great was it had one villain, Doc Ock, and properly developed the marvel character until the film’s climax. It also focused on the struggles in Peter Parker’s life, namely ramifications of him dawning the spidey suit and taking down bad guys. The stories worked because they seamlessly messed very well together. The Eddie Brock/Venom plot felt forced. Instead of Brock turning evil halfway of the movie for no good reason, this is a story that could’ve been built up for the planned Spiderman 4. Sure, it would’ve been a wasted teaser since Spiderman 4 was ultimately scrapped, but Eddie Brock’s turn to evil just didn’t feel natural because of how weak the development was.

The Sandman story should’ve been scrapped as well. Thomas Haden Church does what he can with the role, but his sympathetic Sandman villain really had no ties to Peter Parker or Goblin Jr. Speaking of Goblin Jr., despite the brewing rivalry between him and Peter for the past two films, he was tossed aside for no good reason. Yes, they fought, and there was a focus on Harry battling whether he should kill his friend or not, but time wasn’t taken in really establishing the Goblin Jr. character. The storyline of friend vs. friend has been done well before, but Spiderman 3 needed to truly dive deeper into the struggle of the former friends. Unfortunately, the Goblin Jr./Spiderman storyline had to share the spotlight with Venom and Sandman, so it had no chance of doing so. At the end of the day, Spiderman 3 isn’t really a bad film, it’s just a very disappointing one. It’s an average popcorn movie at best, but given the emotional depth that the second installment brought, it should’ve been better than what was presented.