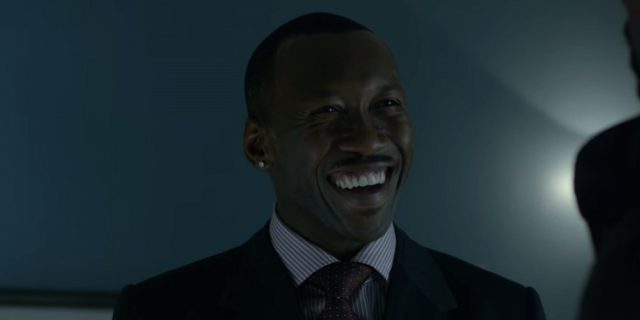 I know I’ve been vocally hard on Sony lately, but it’s only because I care.  Not about Sony.  Forget those guys.  I care about Spider-Man.

Everybody has a favorite superhero: one caped crusader who resonated with you when so many other fell on deaf ears.  Although I love Batman as much as the next guy — and the MCU’s Captain America has pretty much supplanted him in my adult life — Spider-Man was always my superhero du jour. 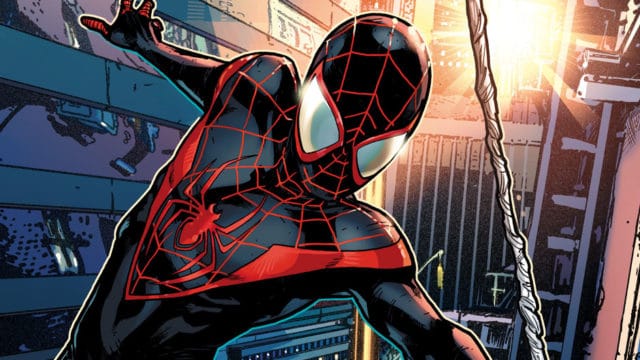 He was always there for me throughout my childhood — on Saturday mornings and right after school — and the his heartbreaking mantra always stuck with me, helping me become the person I am today.  With great power, there must also come great responsibility.

And ever since that first Spider-Man movie all those years ago, Sony has wielded the power of Spider-Man — the power to similarly affect the minds and morals of young people — with reckless abandon.  Rather than holding him up as one of the heroic icons of the 21st century, they’re continually dragged him through the mud in a cheap attempt to make a quick buck. 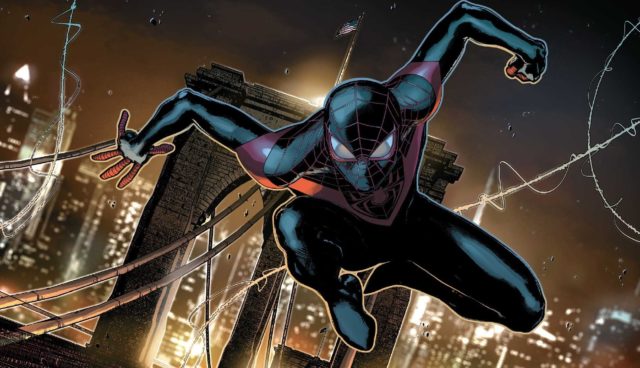 They tanked the Raimi trilogy by forcing it to become a vehicle for their broader franchising ambitions.  They rushed the Amazing Spider-Man movies into production in a mad scramble to hold onto the rights to the character after the first series’ creative team abandoned ship.  Even after they’ve given the film rights back to Marvel Studios, they’re squeezing every last drop they can from the franchise: spinning off its second-string characters into an ill-considered Spider-Manless Spider-Man cinematic universe.

Seriously, that’s they’re plan: prop up their failing film division on the shifting foundation of Mysterio, Venom and Black Cat.  They’re more than willing to put the final nail in Spidey’s cinematic coffin — dragging the MCU down with it — just for a few bucks on the side. 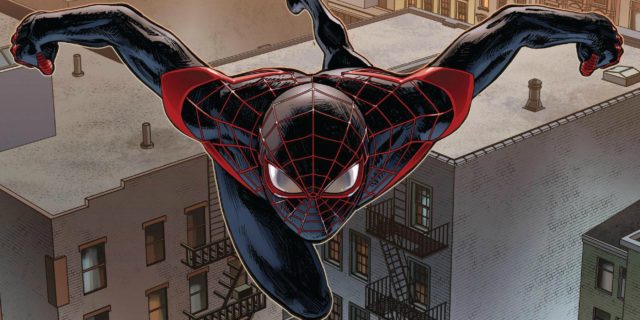 But while their live-action plans are as grotesquely self-serving as you might imagine, I am actually a fan of their original, post-Tom Holland Spider-Man plans.  You see, getting overlooked in favor of the flashier and more doom saying headlines about their live-action movies is their already in-the-works plans for an animated series of Spider-Man movies.

The best part about these movies?  While Spider-Man will be front and center — exactly where he should be — Peter Parker won’t be anywhere in sight. 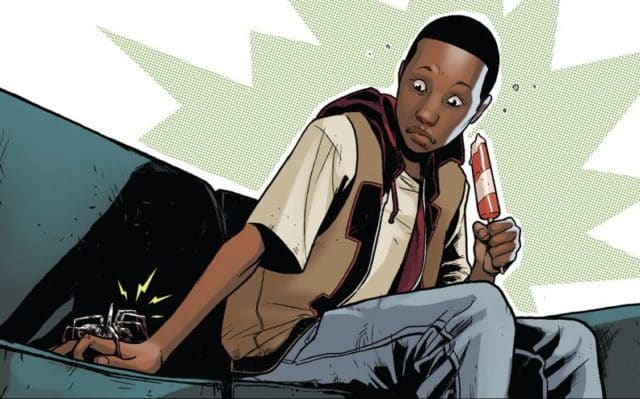 While Spider-Man absolutely has the best rogues gallery of any Marvel hero, he also has the best supporting cast.  Between his aunt and martyred uncle, he has the animated J. Jonah Jameson, his on-again / off-again villainous best friend Harry Osborn and perennial love interest Mary Jane Watson.  What often gets ignored, however, are just how many of his adjoining characters are superheroes in their own right.

Miguel O’Hara is the time-displaced successor to Peter Parker: the Spider-Man of the year 2099 on a desperate mission to preserve the future from some unknown temporal calamity.  The same radioactive spider that bit Parker in high school bit another student before crawling off in a corner to die: Cindy Moon, aka the heroine Silk.  He even has an entire extra-dimensional team of Spider-Men (and women) protecting worlds who lost their Spider-Man: the Web Warriors, whose members include his future daughter Spider-Girl and newly empowered former love interest Gwen Stacy (aka Spider-Gwen). 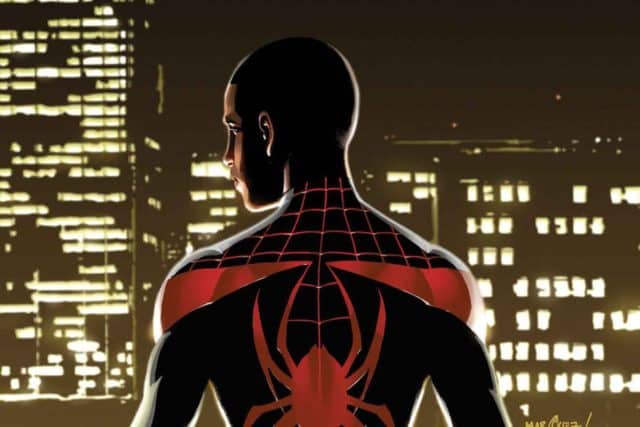 Without question, however, the most famous alternative to Peter Parker’s Spider-Man is the Miles Morales, the Ultimate Spider-Man.  Originally from the now-defunct Ultimate Universe, Miles Morales is the half-Black, half-Latino successor to his world’s Spider-Man after he was killed off by the Green Goblin.  Just like Peter’s inability to save his Uncle drove him to help others, so too does Miles’ inability to save Peter drive him.

Ever since his introduction in the comics, fans have embraced the scrappy little Spider from Brooklyn.  His unprecedented popularity ensured that he eventually crossed over into Marvel’s mainline continuity, where he joined the Avengers and watched out for New York has Peter Parker took his personal brand of heroism international.  And rather than try to make use of Peter Parker for a third time around, Sony has wisely decided to branch out into his expanded cast of characters. 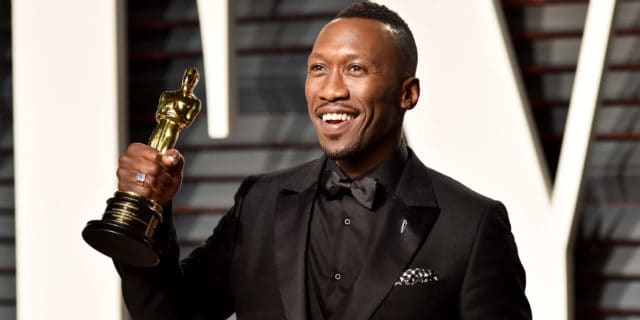 Recently, Sony’s locked in some key players for their animated movie, which is set to debut in December of next year.  The company has announced that television actor Bryan Tyree Henry and recent Oscar winner Mahershala Ali will be joining the film as Miles’ father, Jefferson Davis, and uncle, Aaron Davis.

The most interesting of the two is obviously Ali, who made a recent splash in the film community with his show-stopping portrayals on the big screen.  Earlier this year, he won the Best Supporting Actor Oscar for portraying a well-meaning drug dealer trying to do right for a neglected young boy in Moonlight.  He’s also no stranger to the world of Marvel comics, having portrayed the notorious gangster Cottonmouth in the Netflix series Luke Cage. 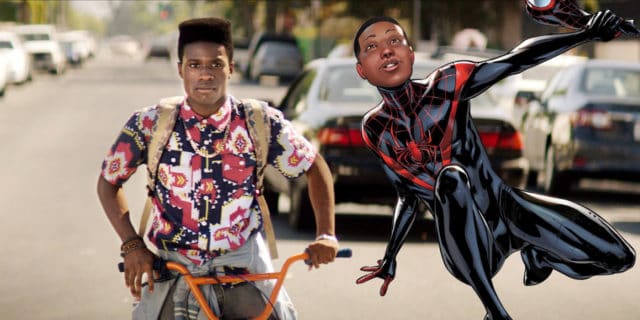 It is also a massive breath of fresh air to see ethnically accurate casting for an animated film.  Because nobody ever sees these actors on screen, it is an all to frequent occurrence that iconic minority roles in animation get whitewashed by ethnically mismatched actors.  Sony’s dedication to making appropriate casting decisions here is a welcome change from the industry standard.

They help round out an already impressive-looking cast.  Shameik Moore — who starred in 2015’s Dope — is locked in as the main man himself: Miles Morales.  Live Schreiber is playing the as-of-yet unnamed villain.  Peter Ramsey — who directed the criminally underrated film Rise of the Guardians — is set to co-direct the film with Bob Persichetti.