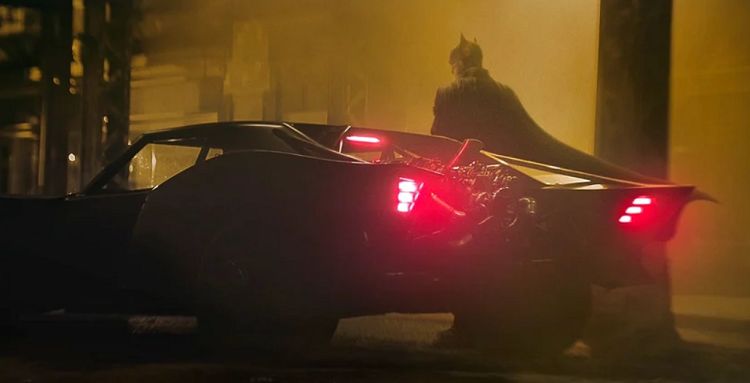 Each time Batman is brought onto the big screen he changes a little to a lot more. Between Keaton and Kilmer the suit changed but not quite that much. In fact from Keaton to Clooney it changed in a variety of ways, but the overall form of the suit was still largely the same. When Bale took over the suit received a pretty major upgrade, while it almost feels as though it slipped backwards when Affleck took over. Now that Pattinson is taking on the role things are changing again, but the most striking thing to change is the car. As Molly Freeman of Screenrant says this looks more like a modified muscle car than anything. In a big way this looks as though it could have come off the Fast and Furious lot rather than from the bat cave, as there’s little none of the aesthetic look that the Batmobile is known for. Throughout the years the car has definitely changed in appearance and even been joined by other vehicles such as a jet, a boat, a helicopter, a motorcycle, and a few other pieces of machinery that defy easy explanation. But this car looks like it’s more fit for street racing than fighting crime. In fact it almost reminds me of a sleeker version of the car in The Punisher, the Thomas Jane version.

There’s no denying that it’s a very impressive car but it doesn’t exactly say ‘batmobile’. One can surmise from the appearance that it’s going to be faster than a lot of vehicles and possibly tougher considering that Batman is known for having vehicles that can and measure up in battle when he needs them to. But given that this is supposedly Batman in his earlier years, it’s also easy to think that this could be just a beginning version of the batmobile and possibly something to build upon. So far this version appears to be taking a harder and much moodier approach to the story than others have since some of the Batman movies have been kind of playful while a couple others have been almost outright depressing. Batman is without a doubt a character with a very tragic and traumatic past, but as we’ve seen with every movie at this point, well, most of them, he tends to obsess on the past in a way that doesn’t promote a lot of healthy forward progress in a life that could be experienced to the fullest given his financial status and the fact that he can do just about anything he wants. His sense of duty to Gotham and the burning desire to stamp out injustice is more of an obsession than a calling and it’s kept him from being a complete character for a long time. Octavio Karbank of CBR has a take on this that’s kind of amusing really.

His gadgets definitely define Batman in a big way since without them he’s still a human being in peak condition that can take down a number of regular and sometimes even super-powered opponents given his martial arts skills. But without those gadget it is eventually realized that he’s just a man that’s devoted his life to being a weapon against injustice and a brilliant mind that thinks more about crime and how to stop it than actually moving forward with his life. Without the batmobile it’s fair to say that he would still be popular and one of the favored heroes of all time, but the fact is that people dig the car, no matter which Batman is driving it. This time around though the car is looking a little ho-hum in appearance if only because it’s gone from being something that looks less than optimal in the days of Adam West and Burt Ward to something outlandish and yet sleek and even dangerous in Michael Keaton’s day. It changed just enough to be unique for Kilmer and Clooney, but then became an armored tank for Bale before dialing it back to something a little more showy for Affleck. Now, for Pattinson, we get a muscle car, and it’s a hope that it’s going to impress since after Bale’s vehicle it looks a little underwhelming given that a regular muscle car against some of the opponents that Batman has to go against would be like a rolling coffin, meaning that his opponents would find a weakness quickly and destroy it. James Gilboy of The Drive has more to say on this.

Likely as not though the car will feature a host of special features and even possibly be bulletproof since Batman isn’t known for taking unnecessary chances and tends to plan for everything. So it’s fair to state that the muscle car might as well be a rolling tank with enough weaponry to take down an enemy fortress if need be, since that’s usually the case with Batman. Of course we’ll find out more eventually, but for now, it’s a sleek-looking ride.