Home
Movies
Everything We Know about The Flash Gordon Animated Movie 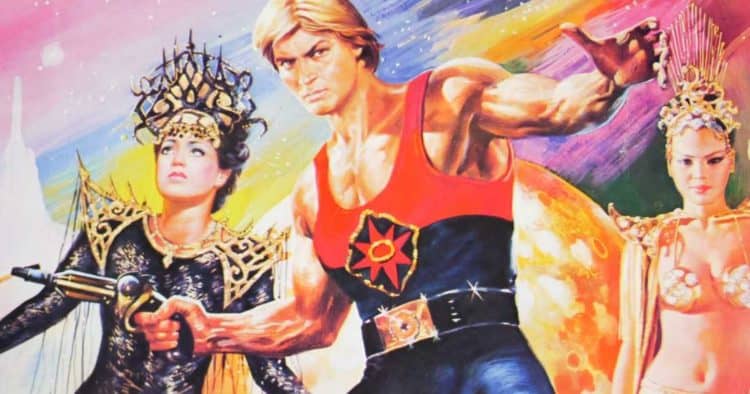 When it comes to Flash Gordon one might think that it’s almost time to leave well enough alone since the 1980s movie, as Kevin Burwick from MovieWeb reminds us, was a hot mess and not worth mentioning all that often. As of now though it would seem that Taika Waititi might be taking on the the project of Flash Gordon and turning it into an animated feature. There aren’t a whole lot of details at this point on the movie but it does sound as though an animated version would be a great improvement over what’s been released thus far since, as you can imagine, a lot more can be done with animation than live action given the fact that there are fewer limitations. The movie would still be forced to work through the years and years that have accumulated and allowed people that recall the live action movie to simply forget it and move on to this version, but if Waititi can work his magic as he’s done before it does feel as though it might be a rousing success.

One has to remember that Flash Gordon has still played a part in pop culture for quite some time since everything from references to memories of the movie and the story itself have been present for the last handful of decades since he was created back in the 1930s. Think about that, in less than twenty years Flash Gordon will be a century old, which means you can’t help but pull for Taika to come up with something that people will remember for some time to come.

It might not seem fair to trash the live action movie from the 80s but as someone that watched it, when I was old enough to understand it, I can honestly say that even for the time period it was pretty cheesy and not really on par with the rest of the movies that came out around that time. But if one forgot about the effects and the horrible acting at times it was almost a lot of fun since the whole story of Flash Gordon was, has been, and still is a dynamic tale that is worthy of at least looking at and, if one can work it around just enough and update it, might be worthwhile again. If you’ll remember, the movie did end with a question mark behind the words “The End” so maybe Taika will come up with a way to make a continuation of sorts. It does seem more likely that he’ll come up with a new movie and move forward in that manner since the origin of Flash Gordon and how he came to be such a popular figure is just as great as the legend that would come after, but it’s also fun to think about the possibilities that could be explored if Taika went on to add his own twist to the story.

Quite honestly I’ve been one of those to claim that remakes and reboots are becoming less and less of a good idea since they tend to ruin the original story that they come from, and I still hold to that idea. But given the right person behind the project it is possible to see some reboots and remakes actually surpass or at least pay homage to the originals they came from. The hope with Flash Gordon is that it will be given the kind of treatment that is needed so that it can shine the way it needs to and not flop horribly as it did in the past. One might state that the nostalgic feel of the story has kept it alive all this time and that would be a fair assessment, but if Taika can revive the story and make it into something great it would seem that the original might finally be allowed to rest and kept as a part of cinematic history and not an example of how a story can be butchered in epic fashion.

As Mike Fleming Jr. from Deadline might agree, the challenge is still a very serious one to consider since not only does Taika have to come up with a way to make the story fun and endearing to a new generation, but he needs to find voice actors that will make this convincing as well. That part might not seem so difficult as some folks would think, as there are a lot of actors out there that could possibly lend their voice to this project and make it work perfectly. But in order to make it work and to find some way to pay some respect to the original it’s going to have to be executed to near perfection so that it won’t get roasted and raked over the coals once it’s released. There’s a lot of faith in Taika at this moment, and it’s well-founded.