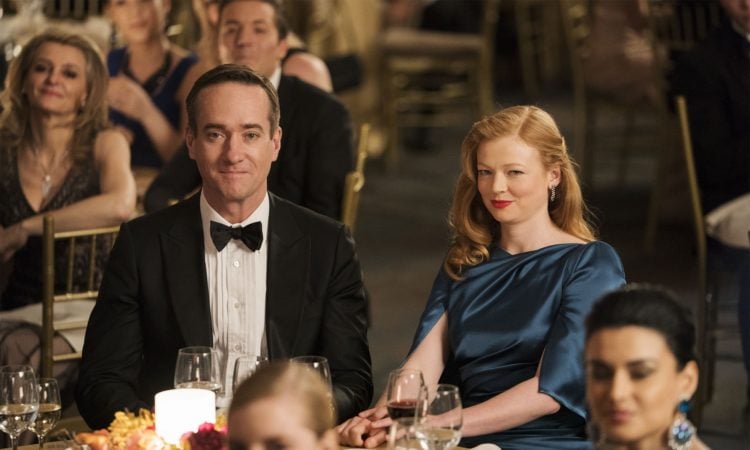 For almost 20 years, he’s been in the business. Matthew Macfadyen is a man who knows a thing or two about the way life is lived and the way the acting industry works, and he is not afraid to step up, step out, and make things work for himself. He takes on roles that work for him. Roles he is confident he can make successful, and he’s managed to perfect the art over his long and impressive career. At the moment, however, he’s a man in the news for his current show, and this has fans wanting to know as much about him as they can.

He’s a fall baby. He was born on October 17, 1974. He spent his childhood living with his mother and his father. However, we are uncertain whether he has any siblings. As far as we can tell, he does not, but that doesn’t make that true. He may simply not want to put them in the limelight per their own requests if he has any.

Born in a place called Great Yarmouth, Norfolk, England, but he was not raised there. While he is English, he spent his childhood in various locations. However, he did attend at least two different English schools growing up around England, so he did spend ample time in his home country.

3. His Mother Was an Actress

One thing we know for certain is that talent must run in his family. His mother is also an actress, and she spent her time focusing on her own career while raising her son. She taught him what she knows, and he very likely learned a thing or two from her and the time he spent growing up with her.

We mentioned he is from England but that he did not live there his entire life. His father was an executive at an oil company, so his job took them all over the world. Matthew lived in Jakarta, in and many other locations throughout his childhood. He attended a number of schools as a result of his many moves.

5. He was Accepted into a Prestigious School

By the time he was 17, he’d already attended more than a handful of different schools in different countries, but he was also accepted into the Royal Academy of the Dramatic Arts at this age. We think it might be safe to say he always had a hand in wanting to be an actor in his life, and it shows based on his childhood educational choices as well as his secondary educational decisions.

6. He Married a Costar

He was in the middle of filming “Spooks,” when he worked with Keeley Hawes. They met, they fell in love, and they began dating in 2002. By the time 2004 was here, they were engaged to be married. They tied the knot that year in November, and the rest is history.

He and his wife eventually went on to have two children of their own, though they don’t discuss them publicly. We also know that his wife was already a mother to one son from a previous marriage, and Macfadyen is a stepfather to her firstborn as well as a father to his own.

Not only has he performed on stage in the past, but he’s also a patron of one of Nottingham’s most famous theaters. He and his wife both spend ample time at the Lace Market Theatre, and they love the time they spend there. It’s close to their hearts, and they are appreciated by all.

If there is one thing that is more important to him than his family, it is the privacy of his family. He’s not an actor who does many interviews regarding his kids and his wife, but he does love the life they have created. He chooses to keep that aspect of his life as private as possible for all the best reasons.

We know this not only because we’ve seen him in some amazing roles, but because he is widely recognized for such. He has been nominated for prestigious awards such as a Prime Time Emmy in 2020. He won the British Academy television award for Best Supporting Actor for his role in “Criminal Justice,” in 2010. He’s been nominated for many others, too, including a SAG award.