Home
Entertainment
Things You Didn't Know
Mat Best: Who is He and Why You Should Care 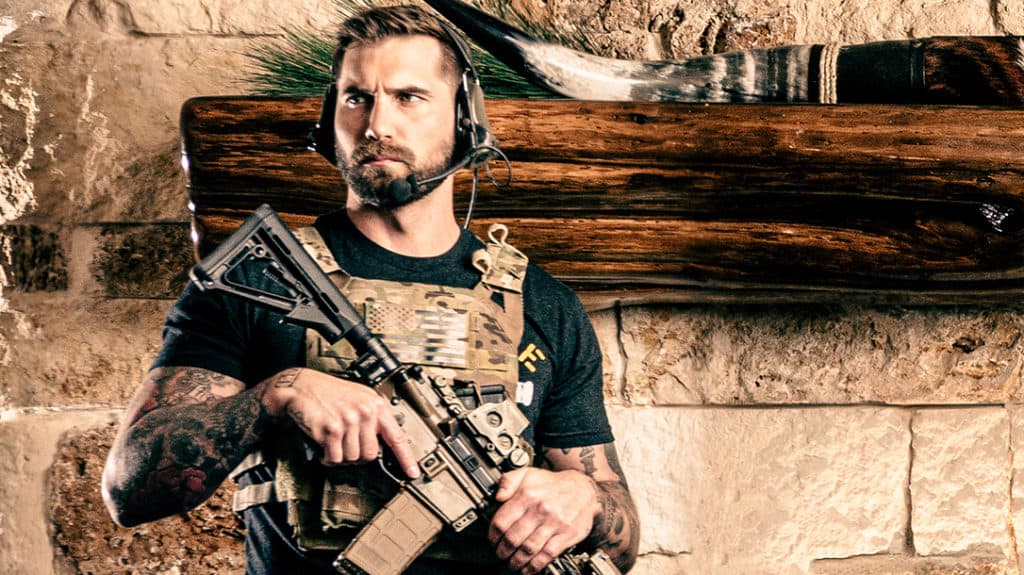 So who is Mat Best? You could call him the black sheep of his family since his father and two brothers were US Marines, while Mat decided to take his own path and head off to the Army Rangers, undergoing the intensive training given to those that want to serve their country while becoming some of the most highly skilled individuals in the world when it comes to tactical warfare. Upon reading his book ‘Thank You for My Service’ one can get a short induction into the mind of Mr. Best, a skim of the surface no doubt since it would appear that Mat is a lot deeper than a lot of people might fully understand. There are a lot of things to understand about Mat, and one of them is that he has a decidedly wicked sense of humor, which is one reason why he’s so easy to like, while another point is that he’s the kind of guy that says what he means and means what he says. On top of that, he sounds like a fun individual to get to know so long as one is a genuine person and not given over to being fake in any way.

Another thing about Mat is that he’s definitely into the camaraderie afforded by the armed forces as he speaks highly of many of the people he served with and definitely gives a piece of his mind when it comes to those that he would have gladly stomped with his boot or would have perhaps liked to use as target practice at one point. There’s no dissembling with Mat, which is great since if he’s going to say something then one better be ready and capable of taking it, or simply leave the room. Straight-shooting like this is hard to find at times, but for those that get to exist in Mat’s orbit, or sphere of influence, whatever one wants to call it, there’s no doubt that they’re mentally tough enough to handle whatever he can dish out.

For his own part, Mat appears to be a very well-adjusted individual who had a serious addiction to warring, as he admits in his book. He is a serious advocate for those that have come back from war, or have done their service to their country, and pushes the idea that the stereotype of labeling every soldier that has seen action as traumatized isn’t fair or even accurate. In short, Mat is the kind of guy that goes to bat for those that have experienced life in the military and have returned to a world that feels that they’re now a liability. While he has plenty of respect for most people, be they veterans or civilians, he’s definitely not the type to stomach stupid questions about the military or put up with those that take a dim view of his or anyone else’s service to the US. His need to keep deploying overseas though was a definite addiction, be it as a Ranger or as an independent contractor. The day did finally come when he said enough, as he’d come to find out that he was a rather skilled entrepreneur, and had already helped to set up a couple of businesses, one in particular that has managed to capture a lot of interest and is still growing.

Black Rifle Coffee Company, which Mat helped to co-found with a few other individuals, is veteran-owned and veteran-run, though of course it employs several skilled individuals that help the company to operate. While it is a coffee company, it also sells various other items such as apparel and mugs among other things that people have bought to support the business. On top of this, Mat has made music videos, short films, and even a full-length movie with several easily recognizable stars, though it’s easy to wonder why BRCC hasn’t gone on to make more than one movie since it feels as though someone might be interested in such a project. It’s easy to think that someone might have come to them at this point, but until it’s seen to happen one can only assume that the company hasn’t agreed to such a project yet.

After reading about Mat and watching him on several videos it’s become pretty easy to see that he’s a very fun-loving individual that enjoys life, loves his country, and is all about whatever it is that he gets himself into. He’s the type of guy that wants to live life and simply have a good time while doing it, and while he details in his book that his life did manage to get out of control at times, he also goes into detail about how those around him helped when it came to getting on track and sorting out priorities, as he’s the kind of strong-willed individual that found his direction and went with it.