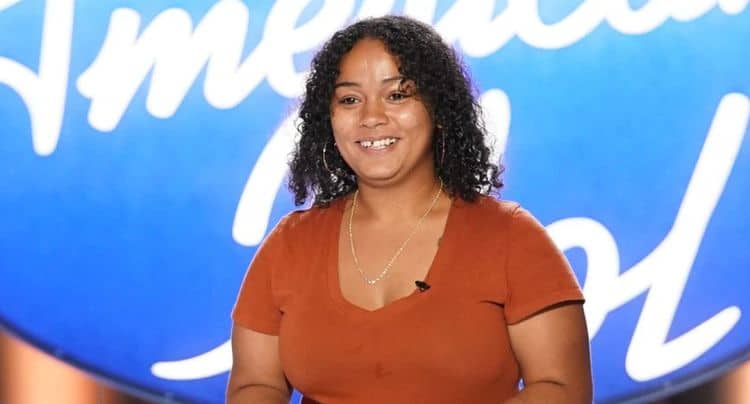 Her name is mysterious, but her voice is not. It’s pure beauty. Lady K is one of the women who is working hard to make it to the end and be declared the 20th winner of American Idol, and there is nothing that will get in her way. She’s the lovely young woman from Alabama who can sing anything you throw at her – she’s already proved it – and she is headed to the Top 24. She’s a strong contender for the win, and the world wants to know more about the woman who is so good she doesn’t even need her full name.

She’s been described as a woman who is both warm and embracing. She’s happy, she’s humble, and she is someone who is just so down to earth. She’s the kind of woman you want to have over for dinner because she’s going to come in with some great conversation, a warm thank you, and she’s going to help you clear the table – that’s the vibe we get from her.

She’s all of the things we mentioned above because she is a southerner, and there is nothing like a woman from the south with that southern charm and those amazing southern manners. She’s from Tuskegee, which is in Alabama, and it’s a town that is the epitome of southern charm.

3. She Uses a Stage Name

She might sound like she is the kind of woman who has such a beautiful voice she has to be much older, she is not. You can tell by looking at her she’s in her 20s, but her voice sounds like it’s been around a long time perfecting itself. She’s so talented.

5. She Wants to Use Her Platform

She is interested in learning how to use her platform for the best. She is using it as a way to tell her story while also being honest. Her vulnerability might be precisely what the world loves. She’s happy to deal with her life through her music, and it is working for her.

6. She and Lionel Richie Bonded

He calls her his girl, and we get it. They are from the same town, and they appreciate that. You see, he’s beloved in his little Alabama town, and now she is, too. They have bonded so much over their hometown, and it has created such a fun environment for the two of them. They’re like their own little club that no one else belongs to on the stage.

She’s not afraid to talk about it even though it hurts. Life for this young woman has not been easy lately. In addition to being homeless, to living in utter poverty, she also lost her brother. Her life has been difficult, but she will not allow that to bring her down or stomp on her dreams. She is making a name for herself, and she’s changing her own reality.

8. She Could Sing Before She Talked

Her mother told her that before she was even talking, she was singing. She’s been talented since she was a baby, and it’s been important to her since she was around eight. She was aware then that this is what she would do with her life, and her chance to make her lifelong dream a reality is finally here.

9. Her Family is Proud

She does feel like there are some people in the business who do things their own way, and she’s fine with that. However, she will be someone who does what she does because she’s good at it and not because someone tells her its where she needs to be. She does not want to be put into one genre of music. She can sing it all, and she will.