Home
Movies
Comedy
Freaky: A Horror-Comedy That Fails To Push Past Its Simple Concept 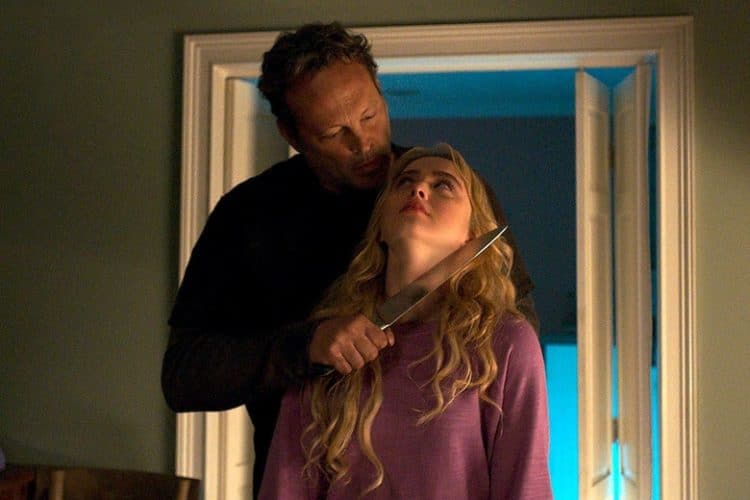 Christopher Landon – the man behind Happy Death Day – decided to flip the script once again on the comedy genre but this time the well-known body-swapping trope famously done in the movie Freaky Friday, hence the title Freaky. The horror-comedy stars Vince Vaughn, Kathryn Newton, and Katie Finneran, with the 2020 film centering around Millie Kessler, who magically swaps bodies with the Butcher, the town’s infamous serial killer, after being stabbed by a mystical dagger. If the high school girl doesn’t get her identity back in just 24 hours, She’ll be known as the murderous monster for the rest of her life. The horror-comedy came out to some solid reviews upon its release last year, garnering an 83% rotten tomatoes score. Overall, Freaky is actually a pretty fun concept with a unique horror twist; however, Landon pulls off a simple execution that doesn’t make the movie a memorable one.

Once the body-swapping begins, the film ultimately becomes a predictable exercise in storytelling. Millie (in the Blissfield Butcher’s body) just…kills. Don’t get me wrong, some of the kills are pretty fun, namely Mr. Fletcher’s death; however, there’s not much more to the character than murder, murder, murder. Yes, there’s some fun to be had with Millie “pretending” to be a scared teenage girl but raise your hand if you didn’t believe that the two would swap back before the credits roll? Landon’s previous film, Happy Death Day, really milks the concept and has some true fun with it. That horror-comedy is far from perfect as well; however, it does a better job of blending the time loop and horror concept together. At the end of the day, Freaky is a horror film, so I’m not expecting the movie to really dig deep inside of the mind of the Blissfield Butcher to understand what truly makes him tick.

It’s just a shame that the film never rises above stalking, stabbing, body swap, more murderous mayhem, swap back by the title credits, and the end. Also, the film makes it too obvious who will end up being part of the Blissfield Butcher’s body count. All the one-note a**hole characters die, whereas anyone who isn’t playing a mean-spirited bully, an unreasonable douchebag teacher, or a classic movie jock essentially has plot armor. Still, the horror-comedy manages to maintain a fun, infectious beat thanks to the performances of Vince Vaughn and Kathryn Newton. Luckily, Freaky does come with some meat and both actors are up to the task. Vaughn pulls off a hilarious and emotional performance as the teenage girl. His dancing provocatively to prove that he’s Millie is downright hilarious, along with his interactions with his psycho killer counterpart.

Granted, the developing relationship between him and Booker gets a little weird as the horror movie hunk is oddly fine with kissing a middle-aged serial killer in disguise as Millie (unless the film is saying that he’s Bisexual, which is fine and would make the kissing scene less odd) but Vaughn has a fun dynamic with the core cast. Landon does play on the classic horror tropes a bit, which produces some fun results. Misha Osherovich’s Josh and Celeste O’Connor’s Nyla help provide the film with some of the best comedic moments, namely Josh pointing out that he’s gay and Nyla’s black, thus they’re likely to die with ease. Newton is fun as the butcher. Again, they don’t do much with the murderous monster, but if all you care about is the blood and body count, then the film does an excellent job of delivering the goods. One glaring issue is that Landon tries to make her a nerd at the beginning of the film.

The filmmaker does a good job of developing the character by the time the movie ends, but if you’re going to put a hot girl in the nerdy/unpopular category then Landon should’ve at least done a better job of making the character look like a nerd. I do understand that in today’s day and age, anyone can be bullied; however, Newton falls into the same trappings as Chloe Grace Moretz in the Carrie remake, it’s hard to buy that these pretty girls are being bullied because there’s nothing quirky or weird about them that makes the girls an easy bulling target. They’re just average girls who happen to be bullied because a script says so. Other than that glaring character issue, Newton is a likable presence and her playing the butcher does produce some fun results. A little more subtly on the teenage girl being a psychopath would’ve been great, but Newton makes the role work. Freaky is fine for what it sets out to accomplish; however, it’s a shame that the film doesn’t truly push the boundaries of its interesting premise.