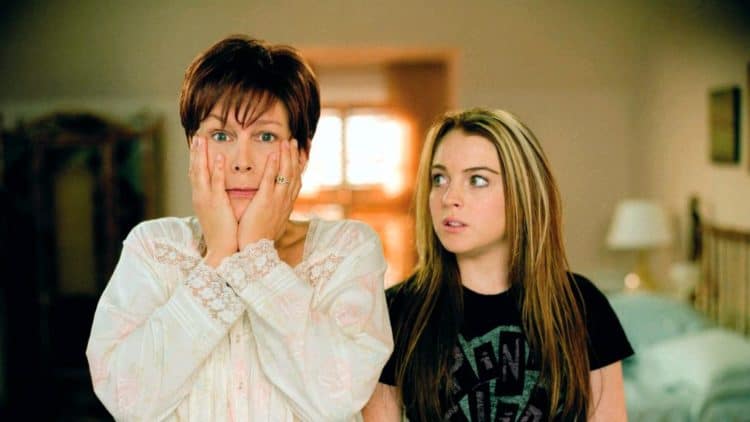 We are living firmly in the remake/reboot era and one has to wonder when it’s ever going to end. So long as the money keeps rolling in from those that don’t mind the lack of innovation and creativity it’s likely that it won’t come to an end any time soon since a lot of seem to want to see the same old thing again and again. This time around though it sound as though Freaky Friday might be on the list of movies that Disney is wanting to bring back, and as you can imagine some people are excited and some people really don’t care all that much. Evan Lewis of We Got This Covered reminds us that there have been a few movies with this title and that the idea has been done before, but since nostalgia is being used as the justification and label for many remakes and reboots it does sound as though Disney+ will be coming forward with this gem eventually along with many others. How it’s going to do is anyone’s guess and who it’s going to star is also up in the air since it’s not likely that Jamie Lee Curtis would come back unless she’s coming back as a grandmother. Whether Lindsay Lohan would ever come back is another big question that doesn’t have a solid answer at this point.

As movies go this one managed to get a bit more attention throughout the years as in 2018 it received a musical based on the idea that a lot of people know about but a lot of others might know nothing about. In a sense this project is something that appeals to those that happened to like the latest version of the movie and are hoping to see something similar. It doesn’t sound at this point as though it might be a continuation of any sort but there’s always the idea that such a thing could happen since this too is the kind of idea that people love to entertain since it brings their favorite characters from the movies back and allows them to continue forward. The 2018 remake featured a completely different cast and it’s likely that the next one will as well, though it does sound as though it might keep the same story line since body-swapping movies tend to need some form of continuity to really work. Whether it will showcase the same kind of mother/daughter dynamic is hard to say since at this point a lot of people are still hung up on the idea that things won’t change all that much.

It’s hard to argue with the fact that Disney has turned a healthy profit from just about everything it’s done even if they’ve had to withstand an amazing amount of criticism along the way. But if the Mouse House is able to make this happen, and it definitely sounds like it’s going to, then they’re likely throw as much money at it as they feel is necessary to secure the kind of talent and writers that can make Freaky Friday into an overall success again. Those that are getting tired of Disney and think that the corporation is getting too big for its britches would do better to remember that for as big as it is Disney still isn’t threatening a monopoly at this point, though it does feel at times as though the company would push that far if they could. When it comes to projects like Freaky Friday however it seems that they’re also interested in dialing it back just a bit to entertain the fans and keep the people that they do happen to rely on happy since without the fans no entertainment company is going to last long given that the fans are the ones that make them relevant in the first place.

The day that people start disliking remakes enough to stop watching them isn’t bound to happen anytime soon so it’s likely we’ll keep seeing them since they’re easier to tweak and come up with than original content a lot of times, and there’s already a great deal of groundwork laid for those that want to proceed with such projects. Mick Joest of CinemaBlend has more to say on this subject. Granted, things need to be made different enough to appeal to a new generation and the movies might need to be updated in order to help people relate in a much more effective manner, but again that’s not too hard. Disney has been changing and evolving throughout the years as its fan base has changed, grown, and adapted to the Mouse House’s continually shifting image. At this point a lot of those that grew up watching movies like Freaky Friday are older and might even have families of their own now and as such it’s easy to see how a remake could satisfy their kids and even the older fans by clinging to the same old story.