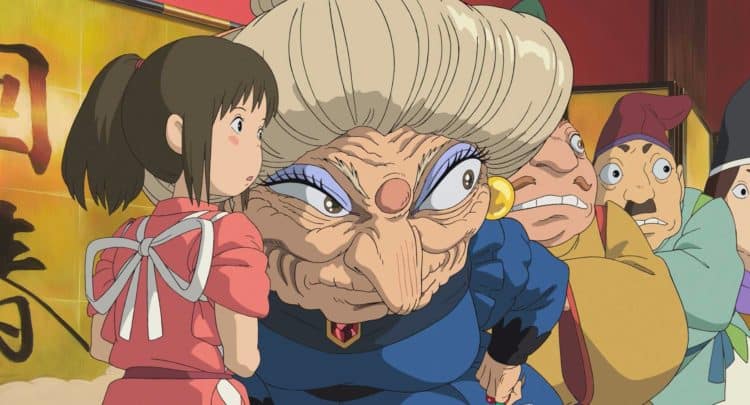 Japanese animation legend Hayao Miyazaki is the most renowned figure in animation for his mesmerizing animated feature films. He is the co-founder of the acclaimed Japanese animation film studio, Studio Ghibli. He founded the studio with Isao Takahata and producer Toshio Suzuki. In 2003, Miyazaki won the Academy Award for Best Animated Feature at the 75th Academy Awards for his film Spirited Away. He also received an Academy Honorary Award in 2014 for his contributions to filmmaking. In September 2021, the Academy Museum of Motion Pictures opened in Los Angeles and featured an exhibit honoring Hayao Miyazaki’s work for the museum’s debut. Miyazaki has announced his retirement back in 2013 but has announced in 2017 that he is directing his final film How Do You Live? anticipated to arrive in 2023. Not much has been shared about the upcoming film except that it is based on the 1937 novel by Genzaburo Yoshino of the same name, which centers on the coming of age story of a 15-year-old boy in Tokyo. In an article published by New York Times, studio executive producer Toshio Suzuki described the upcoming film as “fantasy on a grand scale.” If you’re entering Hayao Miyazaki’s world for the first time, it’s not too late. Here are five movie recommendations if you’re new to the legendary animator’s work.

Hayao Miyazaki’s Spirited Away tells the story of 10-year-old Chihiro who wanders into an abandoned amusement park while traveling with her parents. Her parents are turned into pigs as they accidentally wander into a world of supernatural beings. Chihiro is then forced by the witch Yubaba to work in a bathhouse for spirits and meets a boy named Haku who helps her return to her real world. Spirited Away won the Academy Award for Best Animated Feature at the 75th Academy Awards, and is the first and only hand-drawn and non-English-language animated film to win the award. The Guardian published a review of the animated film and praised the film for its impressive artwork and characters. “It is a beautifully drawn and wonderfully composed work of art – really, no other description will do – which takes us on a rocket-fuelled flight of fancy, with tenderly and shrewdly conceived characters on board.” The Film Magazine also published an article about Miyazaki’s Spirited Away on the film’s 20th anniversary. “Spirited Away’s most significant impact is how it broadened the horizons for those who encountered it. This was many people’s first introduction to international cinema, let alone that of Japanese cinema, and for some they have never looked back.”

Princess Mononoke is set during the Muromachi era of Japan. It follows prince Ashitaka who is wounded by a demon boar while saving his village. He goes on a quest to find a cure from the Great Forest Spirit as instructed by his elders. On his journey, he gets entangled in a battle between Lady Eboshi of Tatara, who is responsible for several deforestations in the land, and San (Princess Mononoke) who guards and lives with the animals in the forest. The epic fantasy film depicts the relationship between humans and nature. The English dubbed version of the film features the voices of Gillian Anderson, Billy Crudup, Claire Danes, John De Mita, John Di Maggio, Minnie Driver, Jada Pinkett-Smith and Billy Bob Thornton. Shanjida Kibria, writing on Medium, reviewed the film and wrote, “Princess Mononoke is a film that feels ahead of its time when watched in the context of today’s climate. Although there are some flaws in the character development of the film, it inspires the viewers thinking about the role of humans in connection to nature. Princess Mononoke becomes an important character in thinking about that connection.” New York Times also praised the film saying, “This exotically beautiful action film features gods and demons locked in a struggle for the future of the unspoiled forest and an elaborate moral universe that Mr. Miyazaki has created. As such, it is a sweeping, ambitious version of the comic-book storytelling that engendered it.”

Hayao Miyazaki’s Howl’s Moving Castle is set during the early twentieth century and tells the story of a young woman named Sophie working at her late father’s hat shop. She meets the wizard Howl who lives in a magical flying castle and the two from a budding friendship. Sophie however ages prematurely when a witch who enters her shop casts a spell on her and Howl helps Sophie return to her former self as he also fights his own battles. The film is loosely based on the 1986 novel of the same name by British author Diana Wynne Jones. The Japanese voice cast features Chieko Baisho and Takuya Kimura, while the English dub version features the voices of Jean Simmons, Emily Mortimer, Lauren Bacall, Christian Bale, Josh Hutcherson, and Billy Crystal. Common Sense Media’s review of the film describes how the animated film tackles important themes. “These jittery-edged images conjure lovely rhythms and children’s perspectives (lots of low angles and dreamlike movements), while also investigating, carefully rather than loudly and aggressively, what worries kids: Why do adults fight and go to war? How is love scary as well as thrilling and encouraging? The film’s answers are complicated and incomplete, but more importantly, its questions are provocative.”

Hayao Miyazaki’s charming animated film Ponyo might remind you a bit of Little Mermaid. It features a goldfish princess who meets a 5-year old human boy named Sosuke. The human boy names the fish Ponyo and as the two become closer, Ponyo longs to be more human and she starts developing human features. Ponyo’s father goes on a quest to return Ponyo back to the sea while Ponyo insists to stay on land and remain human not knowing that staying will disrupt the balance of nature that puts Sosuke’s village in danger. The English dubbed version of the film features the voices of Cate Blanchett, Matt Damon, Tina Fey, Noah Lindsey Cyrus, Frankie Jonas, and Liam Neeson. The Guardian reviewed the film and wrote, “Hayao Miyazaki’s new film, Ponyo on a Cliff By the Sea to give it its original English-language title, has all of this film-maker’s unworldliness and charm. The distinctive, hand-drawn animations may be a tougher sell to children or, ­indeed, adults who have got used to glitzier digital work and snappier scripts, but I think he will always have a place in the heart of everyone who ­appreciates his distinctive allure.”

The Wind Rises was announced to be Miyazaki’s final film, before he got out of retirement and announced in 2017 that he is making the anticipated film How Do You Live? The Wind Rises is a fictionalized biographical film about aircraft engineer Jiro Horikoshi, who designed the famous Zero fighter utilized by Japan during World War II. The film is adapted from Miyazaki’s manga of the same name and is loosely based on the novel The Wind Has Risen by Tatsuo Hori. The animated film was the highest-grossing Japanese film in Japan in 2013 and received several nominations including the Academy Award for Best Animated Feature, the Golden Globe Award for Best Foreign Language Film, and the Japan Academy Prize for Animation of the Year. A review of The Wind Rises was published on Variety, discussing the show’s visual portrayal of Japan between the World Wars. “Miyazaki’s 11th feature draws a sober, socially astute portrait of Japan between the two World Wars, marked by flights of incredible visual fancy, harrowing images of poverty and destruction, and touches of swooning romance.” In the same article, the film was praised for its theme and realism. “Indeed, “Wind” is easily the most realistic film Miyazaki has made, with one of its running themes being the power of imagination to turn dreams into reality, and how quickly those same dreams can become nightmares.”