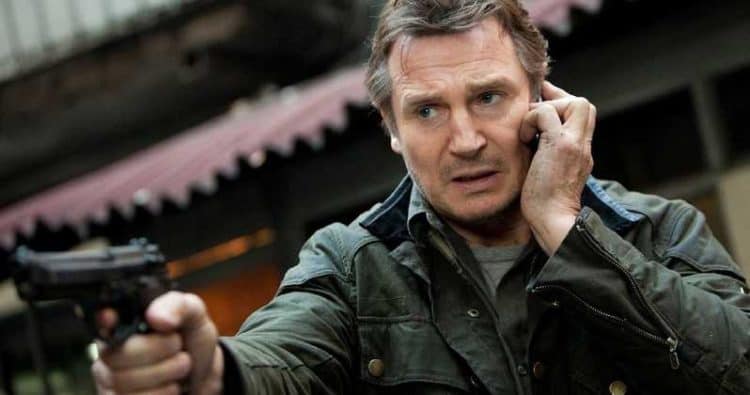 Liam Neeson is actually a softie with a big heart when he’s off screen as it’s been reported but on screen he’s one of the scariest guys you’ll ever meet since he’s got the presence that can terrify just about anyone and the wherewithal to be kind, polite, and even disarming right up until the moment when he decides to drop the facade and be one of the toughest guys on screen. The great part is that he doesn’t need devastating kicks or punches to be intimidating, he just needs to glare at you and raise his voice a little. That growl and the violence that it seems to promise is enough for a lot of people to think that he’s about to rip into someone with life-altering consequences in many movies since it’s rare that his rage gets checked when his character is allowed to just go for it.

Here are some of his best performances.

As a Batman villain he was absolutely perfect even if there’s a bit of debate on how well the first movie actually did. The film did manage to kind of rewrite the Batman origin yet again and introduce a much different villain that we were used to since the Joker was one of the more prominent villains, and yet the clown prince still couldn’t seem to hold a candle to the legend of Ras Al Ghul since the differences between the two are quite vast. It was a bold move by Nolan and one that didn’t really seem to pan out since it would seem that Ghul was finished by the end, never to come back, while in the comics he’s come back a few times it seems.

Yes, the film did demonize wolves in a very disturbing way, but it was also more or less for the sake of the movie since wolves don’t typically behave this way unless someone’s encroaching on their territory or they happen to be starving and just need to eat. But yeah, going after humans in this manner is not what you would think of as regular behavior for a wolf pack unless there were circumstances that we just didn’t understand. Wolves don’t necessarily go out for revenge kills and they’ll typically be seen defending their pack or their food. The ending scene was pretty good though, and Neeson did play his part fairly well.

This has to be one of the best lightsaber battles on record since Qui-Gon Jinn is touted as one of the best with a saber in the Jedi Order. Plus, taking on Maul not once but twice is a sign of someone that isn’t afraid to throw down when he has to and can bang with the best of them. Jinn did manage to get a serious gut-check at the end of the battle but unfortunately this only means that he was older and not as clued in to Maul’s style. The books that feature Qui-Gon before this movie show that he’s a true master when it comes to his style and to how easily he could dispatch pretty much anyone else.

How many of the audience actually felt that they would be apologizing once Neeson spoke these words? Of course in the movie that’s just not in the script but you can kind of get the feeling that if anyone in the real world tried this they’d have to be hard as nails to not back down from someone like Liam since the sheer magnitude of his words and the fact that he speaks them with such utter confidence would be enough to shake many people and make them think that they’d chosen the wrong profession. In fact some people might even be tempted to just return his daughter with an apology note.

Who is Darkman? No matter what anyone says this is just classic since it’s, well, it’s Darkman. It’s nostalgic to be sure and it was kind of cheesy back then just as it is now, but the story is something that you can’t knock no matter what since it has everything to do with revenge, pure and simple. The guy lost his lab, his job, and nearly his life when he was almost taken out in a blooming fireball that used to be his building. When he came back however he came back with more than a vengeance, he came back with the means to take his enemies down in a way that was unique and horrifying all at once. Darkman was the hero that was needed for his time since he wasn’t just a good guy looking to take down the bad guys. He was doing his best to get his revenge, plain and simple.