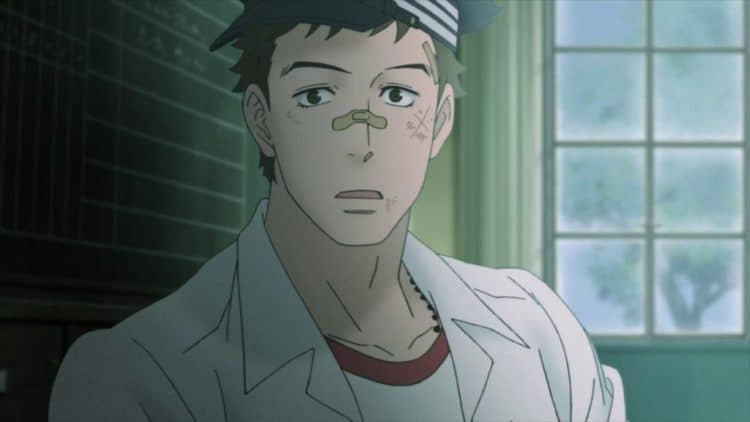 Backstories have a way of piercing a fan’s heart. When you think you have fallen in love with a specific character, seeing them go through Assaults, mistreatment, abuse, deaths, homelessness adds depth to the characters. In most cases, a character has to endure multiple tragedies. Here are some of your favorite anime characters and their tragic life.

Besides being born deaf, Nicolas Brown (Gangsta) was also non-verbal. His dad used to give him medicine, Celebre, to help him grow and have strength. He joined a mercenary group that used to abuse him. As if that is not serious enough, his dad was a gang leader (mercenary), abusive, and killed his mother, a prostitute. Together with Worick (Nic’s first friend), he learned how to write sign language. It was the only language he could use at the age of fourteen and understood. He is always bloodthirsty, and he also killed so many people, including Worick’s dad, at the age of fourteen. It’s quite a tragedy for him.

Once bitten, you become like Kou, who can’t trust anyone easily. He was abused and used, which led him to remove his eye. Please don’t take his friendly nature to be calm; he is a two-faced character. He is a loyal friend, while on the other, he is so selfish. And his handsome face should not confuse you; he is a sadist who uses his attractiveness to his advantage. He had a brutal childhood that makes him change from a cheerful person to a malicious individual. He believes that all creatures want to take him for granted. That’s a sad mentality.

At the age of three, he began the introduction to the assassination world and techniques. Horrible things happened to him, from torture, beatings, to not letting go of hurtful moments. And his family state? It’s not even something to talk about (they assassinate with no apology)! Being an heir to a family of assassins leaves him in a sad state.

Crona’s gender is yet to be known. And as such, they are being used by Medusa (their mother) to take any person down, whether they are good people or evil ones. Though at times they don’t wish to do such duties, there’s no way out. And so Ragnarok (demon weapon) manages to harass Crona into eating their food together. Medusa understands that Crona doesn’t want to fight, so she introduces a spell that makes them aggressive and ready for war. Black blood injected into them gives a remedy to healing as much it offers protection from physical harm. Crona doesn’t hesitate to take up an opponent and consume their souls at the moment of rage. In the end, they became insane, which led to killing their mother. You can’t help but feel sorry for them.

Watching gangsters kill your parents as a child is traumatizing. That’s what happened to Seras. When she was young, her father, a police officer, was carrying out an investigation. The criminals tracked him into his house, where they assassinated her parents as she watched. Seras managed to stab one of the criminals, and in return, they shot her. They left her for the dead but not before making her watch them dismantle her mother’s corpse. It’s an event that gave her a troubled childhood and kept on haunting her. Though he was human and a police officer, his past seemed mysterious. Alucard will later convert him into a vampire.

Besides Lucy neglects by her caretakers at the orphanage, she suffered bullying. It made her sad, resulting in her becoming a vicious killing machine. Her only friend used to be a puppy whom the bullies killed, and she couldn’t stomach such an act. Thus, her violent nature began due to her loneliness after losing her only friend (puppy). Due to her anger, she lashed and slaughtered the puppy’s tormentors. Lucy is then captured and taken to prison in a government prison, adding her hatred for humans.

Throughout his childhood, Guts lived in a world full of violence and deaths. When he was an infant, mercenaries found him hanging by his mother’s corpse. Sad! They took him in, where he was raised as a soldier and adopted by the band’s leader Gambino. Gambino sold him to one of the soldiers’ where he suffered severe abuse. During the events of the Eclipse, he lost his left arm and right eye. Later, he had to watch his friend Griffin sacrifice other comrades to demons. He survived the massacre, though it left him a wanted soul by the demons.

Kuranosuke is the son of a Japanese politician and European opera singer. His family dismisses anything he says and always thinks he will put them to shame. Thus, none of his interests is acknowledged as he is like a family black sheep. He can’t get what he wants or be himself due to his family’s controlling nature. Amars, which is a band of oddballs living in Tokyo, gives him solace.

Having been raised in an orphanage (Grace Field House), Ray is struggling to remain loyal. Death surrounds him as a son of a monster, making him torn between being devoted to the children or following in her mother’s footsteps. Isabella (Mama), his mother, agreed to feed the orphans to the demons, making him have a two-sided life. Ray uses his intelligence to choose which direction to follow, which is not easy for him.

Sentaro is a mixed-race son to a Japanese mother and American Soldier. When his mother abandoned him at a church, he moved in with his grandmother. That’s where he was left with responsibilities to take care of other family members. He is torn between juggling complex tasks, going to class, and listening to what his classmates think of him. Until today, Japanese people of mixed race treatment is different. Not all your favorite anime characters witness a happy ending. Some have to put up with several tragic backstories. And since you never know when it’s going to happen, keep some tissues close.