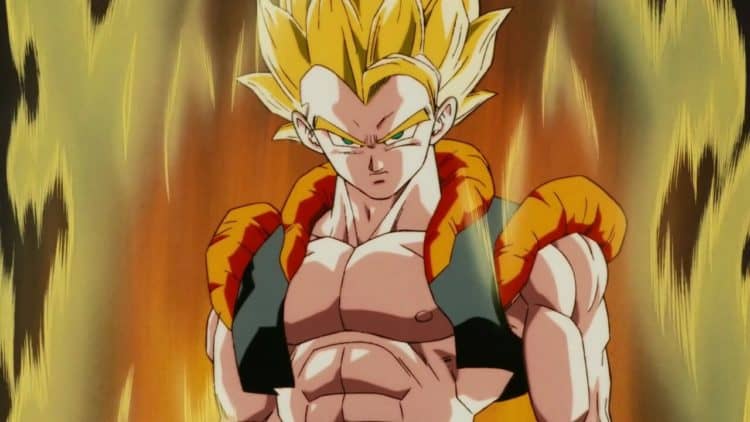 The world of Dragon Ball is quite vast, and spans multiple series like Dragon Ball, Dragon Ball Z, Dragon Ball GT, and Dragon Ball Super, as well as a lot of movies (including one that we never talk about…you know the one I’m talking about). Unfortunately, a large majority of these movies aren’t canon, which means there’s really no point in watching a lot of them, but that doesn’t mean you can’t watch them if you want to. One of these movies is Dragon Ball Z: Fusion Reborn. In terms of the Dragon Ball timeline, this movie takes place after Goku goes Super Saiyan 3 with Majin Buu, but isn’t actually canon to the rest of Dragon Ball Z. Before you read any further, it’s important for you to know that there will be spoilers for Dragon Ball Z: Fusion Reborn ahead, so if you want to skip those spoilers, I would go right to the end of the article.

Dragon Ball Z: Fusion Reborn starts off with a teenage kid who is working in the check-in station under King Yemma. He ends up messing around and not paying attention to his job, which then leads to some tanks exploding, and then gets himself caught in the explosion. This ends up transforming the kid into a massive, childish monster – kind of like a huge version of Majin Buu – and then ends up encasing the check-in station and everyone inside of it within a crystalline barrier, which is seemingly unbreakable. This also leads to the barrier between dimensions being shattered and the dead start to walk among the living, and vice-versa. Meanwhile, in Other World, Goku and Pikkon end up facing each other in a tournament when they are interrupted by a strange crystal appearing, they are then sent to investigate the check-in station’s issues by the Grand Kai himself. They find the check-in station surrounded by massive amounts of these random crystals (that I thought looked like jelly beans) and the check-in station itself being surrounded by the same crystal substance that appears to be immune to their energy blasts. King Yemma reaches out to the two saviors and directs them to the monster atop the station, Janemba. Goku then decides to allow Pikkon to stay and try to find a way to lower the barrier and take it upon himself to lure Janemba to Hell. Back on Earth, Gohan and Videl fight an army of zombies and soldiers who are led by none other than…Frieza! Luckily, Frieza is still no match for Gohan who takes him out with a single punch, and all the rest of his followers flee after that. Goten and Trunks gather all of the Dragon Balls, and then Gohan summons Shenron to ask him to restore the barrier between the living and the dead, Shenron tells them that he’s made a mistake and that restoring this barrier is actually beyond his power. As Goku then continues to battle Janemba, he’s forced to power up to Super Saiyan 3 and destroys the massive Janemba, only to find that it’s another Majin Buu situation, and this has just angered Janemba and sent him into a seemingly concentrated state of being. Janemba instantly overwhelms Goku, who is then rescued by Vegeta who miraculously had his body restored. The two are forced to retreat and hide, and Goku tells Vegeta that they should use the Fusion technique to take down Janemba, to which Vegeta refuses. Meanwhile, Pikkon is still trying to break the crystal and discovers that insulting it is the key to breaking the barrier. Back on Earth, Goten and Trunks end up fighting…Hitler?? Yes, that’s right, Goten and Trunks end up fighting Hitler and an army of Nazis. It doesn’t seem as though Pikkon is doing enough to break the barrier, so he decides to assist Goku and Vegeta, so that they can perform a Fusion technique after Vegeta begrudgingly agrees. After learning the Fusion technique, Vegeta fails to fully extend his finger, causing the Fusion to fail and the two become Veku, rather than Gogeta. Eventually, they are able to fuse properly and destroy Janemba, who ends up returning to his regular teenage form and running away. Vegeta reverts back to his spirit form with a friendly goodbye to Goku, and Shenron is still at Capsule Corp waiting for someone to make a wish.

The fight between Gogeta and Jenemba are almost unmatched, and even the rest of the fights between everyone else in Dragon Ball Z: Fusion Reborn are really good too. It was definitely incredibly satisfying to see Gohan deliver a single, swift delivery of death with one punch to Lord Frieza.

Yes. Absolutely, even though Dragon Ball Z: Fusion Reborn isn’t part of the traditional Dragon Ball timeline, I would absolutely say that it’s worth the 50 minutes of your time to watch.