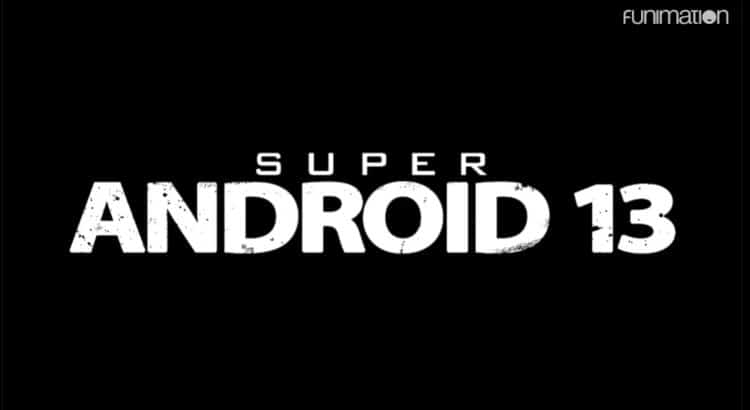 The world of Dragon Ball is quite vast, and spans multiple series like Dragon Ball, Dragon Ball Z, Dragon Ball GT, and Dragon Ball Super, as well as a lot of movies (including one that we never talk about…you know the one I’m talking about). Unfortunately, a large majority of these movies aren’t canon, which means there’s really no point in watching a lot of them, but that doesn’t mean you can’t watch them if you want to. One of these movies is Dragon Ball Z: Super Android 13. This movie was released in 1992 and, in regards to the Dragon Ball Z timeline, it takes place within the Android Saga/Cell Saga. Before you read any further, it’s important for you to know that there will be spoilers for Dragon Ball Z: Super Android 13 ahead, so if you want to skip those spoilers, I would go right to the end of the article.

Dragon Ball Z: Super Android 13 starts with a Z-Fighter shopping spree as Chi-Chi and Bulma drag Gohan and Goku to the mall to relieve some stress. Meanwhile, the rest of the Z-Fighters, including Trunks, Master Roshi, Krillin, and Oolong anxiously await a tournament, only to find out that they have been waiting in line on the wrong day. While the Z-Fighters are doing their own thing on a rare day off, two more Androids show up and wreak havoc around the city in search of Goku. We now see the gang eating a meal at a crowded restaurant as Goku scarfs down his food in typical Goku fashion, when all of a sudden the restaurant is attacked by the two androids and Goku is forced to fight. Trunks eventually steps in to assist Goku and they end up making a quick getaway as Gohan and an unwilling Krillin follow behind. They end up flying to the mountains and fighting, where the titular villain, Super Android 13, ends up making its first appearance. The whole group ends up getting into a massive fight with Goku taking on Super Android 13, Trunks attempting to take on Android 14, and Vegeta takes on Android 15.

The three Saiyans power up to Super Saiyan, as Androids 14 and 15 are defeated by Vegeta and Trunks, however, Super Android 13 holds his own against Goku. It turns out that Super Android 13 is thrilled to see that 14 and 15 were defeated, because he soon absorbs the power they held within, in order to supercharge his own body and completely overwhelms Goku. After being essentially beaten to a pulp, Goku eventually manages to summon enough energy to form a Spirit Bomb, when Super Android 13 realizes what he’s doing and tries to stop him. Luckily, Piccolo is able to hold him off enough for Goku to transform into a Super Saiyan and merges with the Spirit Bomb’s energy and completely annihilates Super Android 13. The team ends up at the hospital surrounding Gohan and Krillin as they lay bedridden due to their injuries, while Piccolo and Vegeta sit on an iceberg. Piccolo asks Vegeta if it’s (assuming he’s talking about the movie) over, to which Vegeta replies “Not ’till the fish jumps.” Then a fish jumps over the water, and he promptly says “It’s over.” I don’t know why, but this part is ridiculously funny to me, and will probably go down in history as one of my favorite Dragon Ball Z moments of all time.

In terms of animation, Dragon Ball Z: Super Android 13 is definitely better than some of the previous Dragon Ball Z movies from previous years. In fact, I would probably say that up to this point, the animation is probably the best out of all of them. Sure, there’s still the occasional anomaly here and there, but overall, it’s really solid work.

The fights in Dragon Ball Z: Super Android 13, on the other hand, are less than stellar. I will say that the back half of the movie is significantly better in the quality of not only the fights, but also just in terms of overall story. The fight between Goku and Super Android 13 at the very end where Goku absorbs the Spirit Bomb is definitely the best part of the movie (other than the whole fish thing).

So, the question we have to ask ourselves: is Dragon Ball Z: Super Android 13 worth watching? Well, if it weren’t for the first 75% of the movie, I would say yes, it’s definitely a fun watch even though it’s not technically part of the Dragon Ball Z canon. However, I just don’t really feel like the back half of the movie makes up for the time lost in the first half, so I would probably end up passing on this one, personally.