Home
Anime
Is Dragon Ball Z: The Tree of Might Worth Watching? 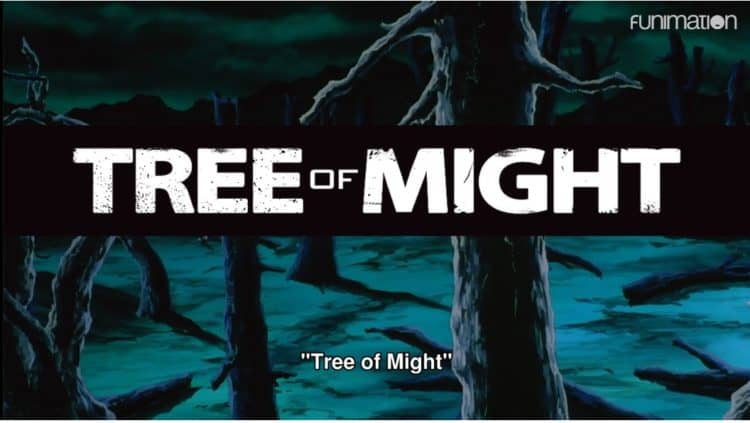 Dragon Ball Z: The Tree of Might begins with Gohan, Oolong, Krillin, and Bulma who are on a camping trip, when suddenly a forest fire erupts out of nowhere. They move quickly to stomp out the fire, and then use the Dragon Balls to restore the forest and the animals that were killed by the fire. Gohan then befriends a young dragon that he names “Icarus.” What the group doesn’t know is that the fire was started by a probe that was sent by the Saiyan called “Turles” who wants to plant the Tree of Might and eat its fruit to become the most powerful being in history. The problem with this is that in order for the Tree of Might to bear its fruit, it must consume a drastic amount of life force, which would lead to the entire Earth being drained of life. King Kai warns Goku of this, and then Goku, Krillin, Yamcha, Tien, and Chiaotzu venture off to destroy the tree using some of their energy blasts. Unfortunately, this does nothing, which then also leads to Turles and his henchmen attacking and overwhelming the Z-Fighters. Eventually, Turles is even able to draw out Gohan’s Saiyan Great Ape, in hopes of him causing sheer amounts of destruction on the Earth, but Goku and Icarus are able to cut off his tail and return him to normal. Turles and Goku battle it out, and just when it seems that Goku has been beaten, he summons a Spirit Bomb that….does nothing. The energy from the Tree of Light somehow finds its way to Goku and allows him to summon another, more powerful Spirit Bomb that kills Turles and destroys the Tree of Might, allowing the energy that was absorbed to return back to the Earth.

The animation for Dragon Ball Z: The Tree of Might is actually pretty spot-on, except for a few film anomalies, there really aren’t too many errors in the animation. I thought that it was done well, and definitely holds up today.

Out of the first three Dragon Ball Z movies, The Tree of Might has the best fights by a landslide. The fights are intense, they’re a pretty solid length, they have a lot going on, and they’re honestly just fun to watch. I loved seeing Goku and the rest of the Z-Fighters beat the heck out of Turles and his henchmen, and it was especially interesting given the fact that Turles is basically Goku if he was never sent to Earth as a baby, so it’s pretty much Goku vs. Evil Goku.

So, the big question now: is Dragon Ball Z: The Tree of Might worth your time to watch? Well, although it isn’t canon to the rest of the series, I definitely had a lot of fun watching The Tree of Might. I thought it was really interesting, it kept my attention throughout the whole thing, and honestly, I’m just a sucker for Icarus. He’s just so darn adorable! However, I do think the whole camping trip in the beginning of the movie probably could have been scrapped, and the rest of it would have made just as much sense. It could have very easily just opened up with the shot of the probe coming down from space and starting the forest fire. So, yes, I do think that Dragon Ball Z: The Tree of Might is definitely worth your time, even though it won’t really add to your knowledge on the rest of the series, it is just an hour, and it’s pretty fun!