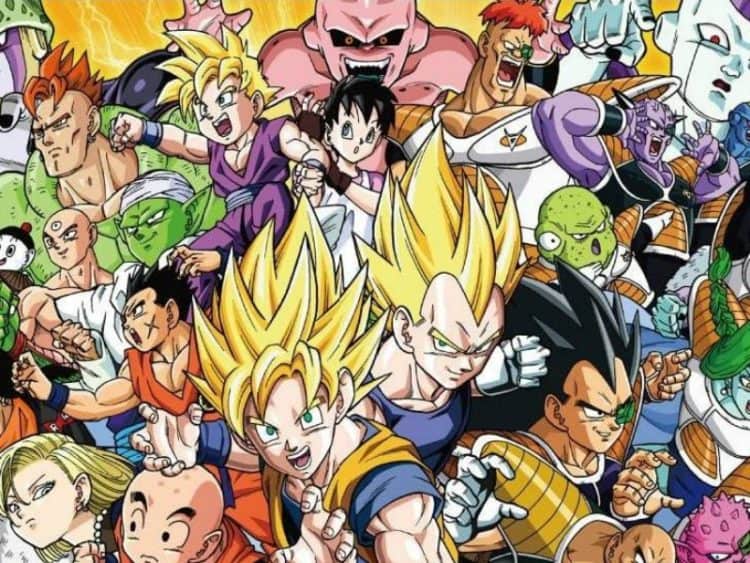 Raditz is actually the first Saiyan that appears in Dragon Ball Z (yes, I understand that Goku has been in the show much longer than Raditz, but we didn’t know he was a Saiyan until after Raditz showed up), and it turns out that Raditz is actually Goku’s brother. He’s the one that tells Goku that he comes from a different planet, and isn’t actually a human (though, we pretty much knew that from the beginning, since he was born with a tail). The reason that I like Raditz the least is because he’s entirely too cocky and arrogant, and he kidnaps Gohan to taunt Goku – that’s just unacceptable. Raditz ends up dying a couple episodes into the Saiyan Saga anyway, so he doesn’t get any redemption whatsoever.

Like Raditz and Vegeta, Nappa is a Saiyan that was sent to Earth by Frieza. Unfortunately, we really didn’t get to see much of Nappa’s power at all, because Vegeta killed him pretty quickly after he was introduced. I feel like if Nappa had a little bit more time to develop as a character, we could have definitely seen him become a worthwhile ally to the Z-Fighters, but I guess we’ll never know.

Don’t get me wrong, Goten is by no means a bad character – he’s actually a really good character – but he was just a kid for most of his appearance in Dragon Ball Z, so we didn’t really get to see him show off his true potential. We did see him as a teenager at the end of the series, but only for a couple of episodes, and he didn’t really do a whole lot at all.

Future Trunks is a total badass who completely annihilates Mecha Frieza and Cooler with a couple of slashes from his sword. He is by far one of my favorite characters in the series, and demonstrated incredible power while he was helping the Z-Fighters defeat Cell. While he’s certainly not the most powerful, he’s definitely one of the most likeable, but there are a couple of Saiyans that I do like more than him.

I might get a lot of hate for putting Goku at anything less than #1, but he’s just not my favorite Saiyan. Sure, he’s definitely the most powerful Saiyan in the series, by a long shot, but there’s a lot more to it than that. He can be a bit of an airhead sometimes, and his head isn’t always in the right place, like when he almost let Gohan get ripped apart by Cell. His heart may have believed in Gohan, but was it the smartest thing to let his pre-teen son go head-to-head with the most fearsome enemy that they had ever come across? Probably not. He also gets himself killed a lot.

I have to say that Gohan is one of the most well-rounded characters in Dragon Ball Z, and, in my opinion, of all time. He’s insanely powerful – probably more powerful than Goku – and he knows when to use his head over his heart, for the most part that is. That’s probably due to the sheer amount of time that he spent being raised by ChiChi and actually growing up with parents, unlike Goku, but it still makes him a fantastic character.

Vegeta is definitely my favorite Saiyan in Dragon Ball Z, especially towards the end. In the beginning, when he was introduced with Raditz and Nappa, he was an obnoxious jerk who became the main villain of the Saiyan Saga, but towards the end of Dragon Ball Z, he became…an obnoxious jerk. Okay, so he’s still got some work to do, but he has a kid now, he sacrificed himself to save humanity from Buu, and he has almost completely given up his rivalry with Goku. Vegeta has some of the best character development that I’ve ever seen, and that’s what makes him the best Saiyan in Dragon Ball Z.