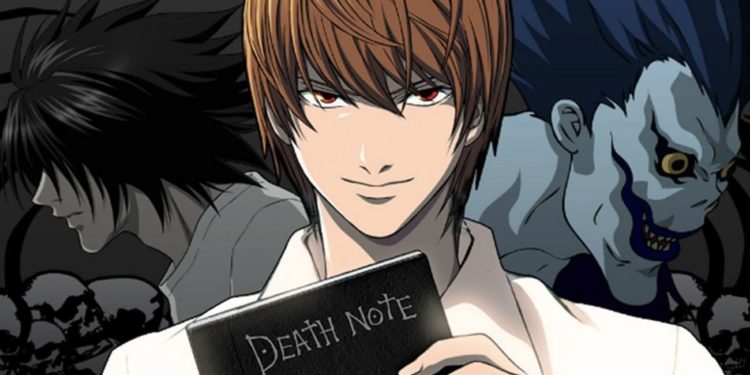 If you’ve never seen Death Note or read any of the light novels, you’re missing out on something that’s really pretty interesting. It definitely has a dark story attached to it, but it isn’t one that you haven’t heard before. If you want to know more about this interesting title, you can find 10 things about it that are unique by reading through this article. When you’re done, you’ll know whether or not you want to go find a copy for yourself so you can become more familiar with this particular title.

1. It’s dark, and that’s an understatement

If you’re looking for some light-hearted entertainment, you definitely will not find it in Death Note. As a matter of fact, the entire basis for the title is about a high school student who receives a note, effectively giving him permission to kill anybody that he knows. He’s not allowed to kill strangers, but anyone that he is familiar with can be killed without any repercussions so he effectively has a license to go around annihilating anyone that doesn’t measure up to whatever his standards might be at that particular point in time.

2. It also deals with some complicated human emotions

Obviously, this is another type of story that deals with the darker side of human emotions. For some people, they might get really angry at someone and then cool off within a matter of hours. Other people take things further and fantasize about what it might be like to kill that person and unfortunately, some people actually carry it out. There are plenty of examples of stories that explore this dark side of humanity and this is just one more that does exactly that.

3. Many modern-day movies have a similar theme

If you stop and think about it, movies like The Purge carry the same theme. In that movie, every crime is legal for one day out of the year, including murder. It’s not exactly the same type of story, but it is very close.

4. It follows the same path as most other light novels

As is typically the case, this particular series started out as a series of light novels that was eventually turned into manga and then developed into an anime series. From there, it has continued to be developed into some rather unique areas which will be discussed later.

5. It was adapted for video games in North America

One of those unique situations involves a release into the video game industry. It’s not that often that you find an anime series that eventually becomes a video game but it does happen in a few instances. In this particular case, the story proved popular enough to do exactly that and the video game sales proved that it was a good idea in the first place.

This one is really unique because it’s not hardly ever done. It’s extremely rare that you can find soundtracks available to an anime series but in this case, the soundtrack is available.

7. The anime series has even been released on DVD

The series proved popular enough that it was eventually released in a number of different places and once it stopped airing, it was sent to DVD and made available for purchase. Some of the less popular anime series can be difficult to find in this fashion, but it was never really an issue here because of the overwhelming popularity of the show.

8. 37 episodes have aired as an anime series

Despite its popularity, fans only have access to 37 episodes because to date, that is all that has been released. It’s not yet known if the show will ever make a come back and be aired as an anime series again or if it will be developed in other areas.

9. It’s been around longer than most titles of this genre

This is not one of the newer titles of the genre. Instead, you have to go all the way back to about 2007 to find the origins of this particular story. That makes it older than a lot of other forms of entertainment that are similar but clearly, it’s also one of the more popular ones.

10. It aired on several networks in various parts of the world

It’s even managed to air in many different parts of the world, including the United Kingdom, the United States, and Canada. Typically, it’s aired on specific cable networks and it usually comes on rather late at night because of its dark storyline.