Home
Anime
Naruto vs. Sasuke: Who is Stronger? 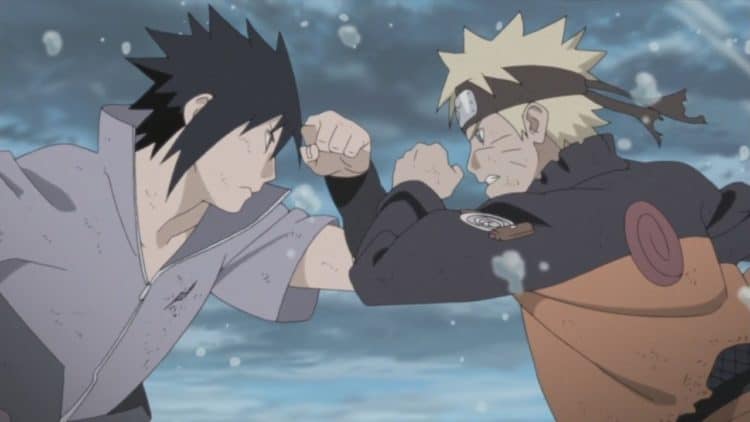 One of the most debated topics among Naruto fans is who is stronger; Naruto or Sasuke. At the beginning of the series, we do not anticipate the level of rivalry they hold for each other. We see numerous fights throughout the series. Both Naruto and Sasuke surpassing each other from time to time. The competition reaches its peak at the final battle in Shippuden as they both reach their conclusions as Indra and Oestrus reincarnate. From the final battle, it is somewhat apparent that Naruto is blatantly superior in terms of power. It was almost as though Naruto was a hard counter for Sasuke and his abilities. Naruto is a franchise originating from Mashashi Kishimoto’s manga. It follows Naruto Uzumaki, a young ninja who dreams of becoming the Hokage of his village, Konohagakure. The series emphasizes the importance of hard work and how it supersedes talent and genetics. Naruto is a disregarded orphan who beats many odds through his strong self-belief and resilience.

Naruto is powerful! Not just in his Hidden Leaf village but within the entire franchise. He started as an ostracized underling in his community, where nobody expected much from him. Together with the power from the Nine-Tailed Demon Fox Kurama sealed inside him, he hones his fighting into a speed-based style that allows room for the wildest creativity. Using all this as inspiration, he begins to train tirelessly so no one can dismiss his power and ninja skills. Here are some of his strongest powers.

Sasuke Uchiha starts as an avenger for his clan. His passion inspires Naruto early on in their friendship, and a rivalry is soon sparked. In challenging Naruto to become stronger, Sasuke becomes one of the most powerful Shinobi. He has numerous jutsus that help him stand out as one of the few characters that can match Naruto’s strength and power. Here are a few of his incredible powers.

Naruto vs. Sasuke: Who is Stronger?

Throughout the entire Naruto franchise, there have only been five fights between Naruto and Sasuke. Out of those, Sasuke wins twice, two of the fights are inconclusive, and Naruto wins one.