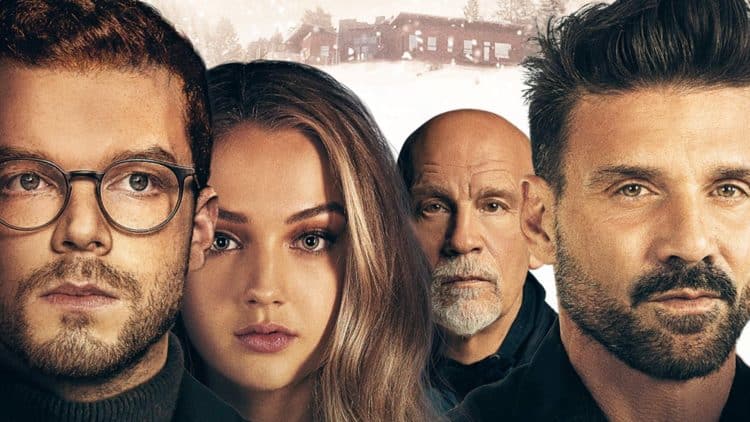 Fatal Attraction knockoff time! This steamy erotic thriller follows tech millionaire Chris, who develops a hot relationship with Sky. All is going well until Chris becomes injured and Sky quickly steps in as his nurse. He notices that Sky’s behavior has been odd and suspects sinister intentions, especially when her roommate is found dead from mysterious causes. The upcoming film features Acadamy Award nominee John Malovich, Frank Grillo, Cameron Monaghan, and Lilly Krug, a talented cast filled with newcomers and veterans. This list will focus on the five excellent films that involve the cast of Shattered. Each film has over ten reviews that have been highly favorable. The only exemption from this list is animated movies. Let’s get started with the first feature on the list.

Over ten long years of build-up has led to this emotional send-off of Phase One in the Marvel Cinematic Universe. After Avengers: Infinity War saw the shocking deaths of notable heroes such as Spider-Man, Black Panther, Doctor Strange, Falcon, and Star-Lord, the Avengers travel back in time to rescue the fallen heroes who sacrificed their lives for the greater good; however, Thanos still looms as a major threat to the planet. Avengers: Endgame is simply the perfect ending to the Phase One chapter of the MCU. Granted, the film is by no means perfect, and some characters don’t get the spotlight they deserve, but it’s hard to not get emotional over the strong character development that unfolds, especially with Tony Stark. The final battle is epic in both scope and fight sequences, though a little bit of a nitpick, the gathering of the female warrior’s rings hollows somewhat because we didn’t really get enough time to develop most of their characters. Still, Avengers: Endgame will make you laugh, cry, and put a hard smile on your family by the time end credits roll.

In this hard-hitting and underrated drama from David Ayer, the film follows LAPD officers Brian Taylor and Mike Zavala, two cops who work the most dangerous neighborhoods in Los Angeles. However, all hell breaks loose when the officers must deal with a violent Mexican cartel, who like nothing more than to see Taylor and Zavala buried six feet under. While End of Watch isn’t the most original cop film you’ll ever see, that doesn’t make it any less engaging. What drives this feature are the strong performances of Jake Gyllenhaal and Michael Pena, who legitimately feel like brothers throughout the entire film. More important, the two cops are crafted as compelling human beings and their interactions are a big highlight for the film. The villains could’ve been more complex in End of Watch, but the showcase and respect to the men and women in blue is great in David Ayer’s film.

An ex-Marine returns home and enlists his father, a recovering alcoholic and former wrestling coach, to train him for the biggest MMA tournament ever held. On the other side, Tommy’s brother scratches and claws his way through the tournament, and the brothers eventually come face-to-face and deal with the issues that have pulled them apart. Warrior doesn’t necessarily reinvent the wheel when it comes to sports dramas, but the film has a tremendous amount of heart and character thanks to the central performances of Joel Edgerton and Tom Hardy. Both men pull you into the movie because of how raw and genuine their performances feel, and the supporting cast helps elevate this basic sports feature.

In this poignant indie feature, Juno MacGuff becomes pregnant and chooses two eager parents to adopt her unborn child. Complications occur when Mark, the prospective father, starts to see Juno as something more intimate, putting his love life and adoption in jeopardy. This quirky little feature is memorable due to the fun dialogue and the colorful set of characters in the world of Juno. More importantly, Juno has an important message about teenage pregnancy, religion, and feminism that are expertly explored here by Jason Reitman and Diablo Cody. A fresh spin in this genre that’s elevated by the strong performances of its talented A-list cast.

In this stylish and seductive drama, The Marquise de Merteuil and the Vicomte de Valmont are jealous of life in France’s royal court in the 18th century. The duo tries to ruin the lives of a rival and their music teacher; however, the situation gets more complicated when feelings begin to arise. This steamy drama that highlights sexual manipulation is an intriguing romp that features committed performances by it’s stellar cast. Dangerous Liaisons grabs you from the beginning and hooks you until the final minutes, with this twisty and clever film expertly tackling its strong themes with style.