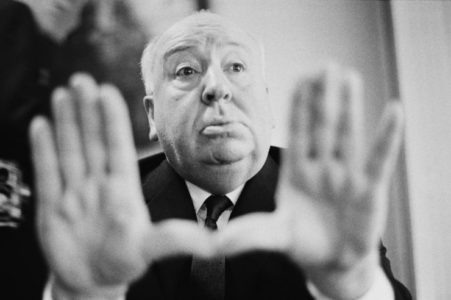 Saying a person ripped someone off when it comes to an idea is a huge accusation that comes with a lot of problems that most people wouldn’t want to deal with. But in the case of Alfred Hitchcock, who was one of the greatest directors of his time and is still considered to be one of the greatest ever, there are those that are said to have ripped him off and those that are said to have gained a bit of insight from his works and therefore used them to further their own vision. It depends heavily on the perspective that’s being used when one comes to talk about ripping a person off and it also needs to be said that those that appear to steal ideas might be doing no such thing, but are instead trying to discern if they can in fact do the same thing that someone they admire did and put their own twist on it at the same time. Definition and perspective are two very important aspects that need to be brought to bear when discussing such things.

Here are a few directors who allegedly ripped off Alfred Hitchcock.

It’s hard to imagine why such a masterful director would feel the need to do anything that might compromise his otherwise stellar reputation, but again, boiling it down to perception is what it takes to remember that some folks are going to see one thing and assume the worst. Carpenter has had a great number of hits in his career but he’s had a few flops as well. Taking the time to assume that he ripped off one of the greatest directors ever feels like something that might be done simply to start controversy where there was none. An idea or a theme in any given movie isn’t necessarily so sacrosanct that it won’t be used again after all.

Vertigo, The Birds, and Psycho are all on display when Mel Brooks gets involved with High Anxiety since Brooks has been the type of guy that can take pretty much anything and spoof it until people are laughing so hard that they have tears running down their faces. It’s been said more than once that no one can do this as Brooks can, and the stuff he gets away with is a little ridiculous at times but still absolutely gut-busting since the director has approached so many projects with a devil may care attitude when it comes to humor. That’s a big part of what’s made him so great over the years after all.

The movie Enemy is what appears to get fans riled up when discussing how Dennis Villeneuve approached the Hitchcockian elements in his movie, and to be honest, it’s not hard to see, but it’s difficult to understand why people would be so up in arms about it. Thankfully the fervor has died down over the years and the idea that people are foaming at the mouth has settled, but revisiting the belief that anyone would have ground to state that someone ripped off another director because they made a movie with similar elements is more than a little absurd, especially given that it happens on a regular basis.

Disturbia was the movie that really had people talking about whether or not Spielberg had a hand in ripping off Rear Window from Hitchcock since the stories were so similar that they might as well have been the same story written for different time periods since everything was pretty much the same. It does feel as though Spielberg would be a fool to do such a thing when so many praise him as a unique and faithful storyteller, but it’s kind of obvious we don’t know a lot about people at times unless they’re willing to reveal everything. But, the fact that the two movies are so similar is kind of impossible to dismiss out of hand.

It’s been said more than once that de Palma was one of Hitchcock’s most avid admirers and would never try to rip the man’s ideas off. But the movie Obsession has been compared to Vertigo in the past and has drawn a great deal of criticism from many fans that don’t enjoy seeing Hitchcock’s ideas coming to light under the guidance of anyone else. One could say that Obsession was an homage to Vertigo, but a lot of people still aren’t having it since they want to believe that de Palma was for some reason trying to get one up on Hitchcock and get one over on the audience, but the truth is an elusive thing.

It’s not really possible to keep similar elements from one movie from being used in another, but there are those times when it’s a little too blatant to be anything else.