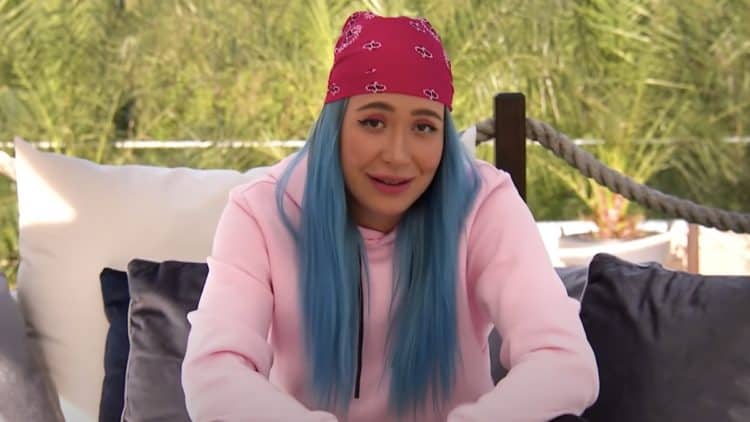 She is one of the younger people to compete on the show. She was born on February 25, 1999, which made her only 22 when she began this show in the summer of 2021. She’s young, she’s got a big opinion, and she is not afraid to speak her mind.

Born and raised in Bucharest, she is from Romania. She has lived there her entire life, and she traveled to Croatia to film the show in the summer of 2021. It was a fun experience for her to get to travel there and do this.

In her home country of Romania, she is a rap star and musician. She also does some work as a social media influencer, and she seems to have some big fans. She’s accumulated more than 189k followers on just her Instagram account, which is not a small number.

If you can believe it, she is not a first-time reality show star. She is a contestant on “The Challenge,” right now, but she was on reality television back in 2020. She placed sixth out of nearly 30 on the Romanian version of “Survivor,” which means she’s already a little bit more famous than she seemed to be when she showed up in Croatia to film this show.

5. She Was Also on X-Factor

It was 2016 when she began her career in music. She had an appearance on “X-Factor,” and that helped catapult her into some fame. She did well, she released some music, fans responded to it, and she keeps on dropping hits. She’s got a fanbase that loves to hear what she is up to and what she is doing, and they always come back for more.

6. She Has a Unique Sense of Style

She’s a bold one when it comes to fashion. Nothing is off-limits for her, especially if it has anything to do with color. She loves to change her hair, to make sure she’s the boldest person on the block, and she loves to make sure she’s got her life together in a sense that is fashionable to her without caring what anyone else thinks of her look.

It is Emy, but it is not quite Emy. Her full name is Andreea Emilia Alupei, and she prefers to go by Emy. It’s her stage name and how she works, and she does not care to use her full name when she’s on the stage or when she’s on television. She likes her shortened name, and that’s all right. All the best stars do.

8. She is All About Strategy

Being that she is not a first timer when it comes to reality television, she has a mind for this game. She is a strategist when it pertains to her work and what she’s up to. She knows what to do to bring her “A” game to the mix, and she’s not afraid to show up with that in mind. She’s in this to win this, and she will plot until she does.

9. She’s Got a Bold Personality

She is well-known across the reality television board as being someone who has a vivacious personality. She’s loud and bold, and she is never afraid to speak up when it comes to how she is feeling in any given moment. She’s a woman who might be young, but she knows what she wants and how to get her point across to ensure she gets it.

Something her fans always find surprising is just how much she does not share. She is always happy to share her music and her work with fans, but she’s not so quick to share her love life, her personal life, and anything else that is going on with her. She’s quiet about those things likely because they are important to her.