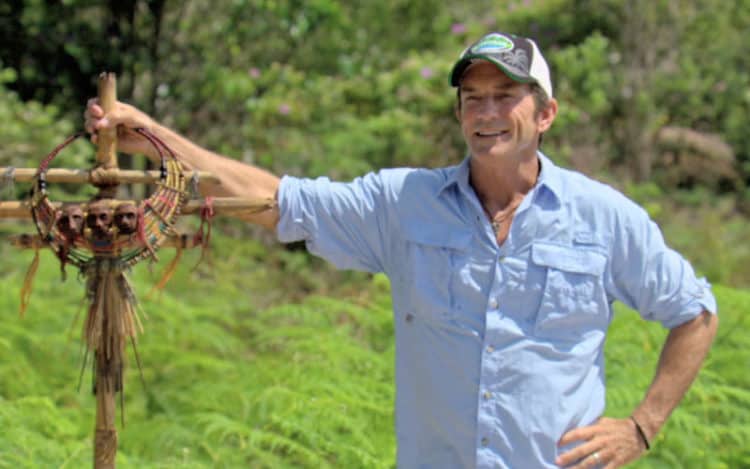 It’s hard to believe, but Survivor has been around for over 20 years. In that time, it’s dished up 40 seasons, some of them good, some of them bad, and some of them just a little bit ugly. These days, it’s more about psychological gameplaying than physical survival, but either way, there’s something hugely gripping about watching a bunch of kids duke it out for the million-dollar prize pot. Most people agree its golden age was 2006-2010, but you can still find a few nuggets to enjoy from its later period if you look hard enough. Without further ado, here are the 10 best Survivor seasons of all time.

Later seasons of Survivor haven’t quite matched up to the brilliance of the show’s golden years, but the franchise is still capable of pulling the occasional treat out of the bag. Survivor: David Vs. Goliath is classic Survivor, with a top-notch cast, an entertaining storyline, a very unpredictable winner, and a couple of surprise celeb appearances from School of Rock scriptwriter Mike White and WWE legend, John Hennigan. If Survivor was trying to prove there was still life in the old dog yet, it succeeded.

You can’t get through a list of the best Survivor seasons without mentioning the season where it all began. Even if the show hadn’t yet found its feet, Borneo was an epic introduction to the premise. Back then, the tactics were simpler. The tribe was focused on staying strong, and thought the best route to survival was by voting off the old and the weak and the lazy. The shark players of today know better, but there’s still a lot of fun to be had in watching the contestants slowly begin to figure out how to play the game.

Pearl Islands introduced us to such Survivor legends as Sandra Diaz-Twine, Rupert Boneham, and Andrew Savage. Most importantly, it gave us bad boy Jonny Fairplay, a born gameplayer who made a mockery of his name when he decided it was a good idea to win the sympathy of the other contestants by telling them his grandmother had died. She hadn’t – at that exact moment. she was alive and well and watching Jerry Springer. It was a move that host Jeff Probst called “the greatest lie in Survivor history,” and was unquestionably one of the main reasons the season made such riveting viewing.

Described by Screen Rant as a ‘legendary’ season, Palau is packed with classic Survivor moments, from Stephenie LaGrossa deciding she was more of an individualist than a tribalist and setting off by herself to Ian Rosenberger’s redemption and Tom Westman’s total domination. The season managed to scoop a Primetime Emmy Award nomination, but even if you couldn’t give a hoot about awards, it’s still compulsory viewing for any Survivor superfan.

Survivor: Cambodia took the franchise in a new direction. For the first time in the history of the show, fans were given the chance to vote for and assemble the cast. The votes were cast, and the result was one of the best all-star casts of Survivor history. The new ideas didn’t stop there – the number of tribes was increased to three, the vote steal was introduced, and the hidden immunity idols were hidden at immunity challenges before the merge. The changes were good, but it was the incredible gameplay that made the season such perfect viewing.

Of all the seasons, Cook Island is the most controversial. When the producers decided to split tribes by ethnicity, they knew they’d be making headlines. Which they did, in abundance. For obvious reasons, most of those headlines weren’t positive, and the idea was gradually phased out as host Jeff began to mention it less and less. Controversy aside, it was a great season, with a gripping underdog storyline and the introduction of such Survivor legends as Ozzy Lusth, Yul Kwon, Parvati Shallow, and Jonathan Penner.

Ranked as one of the best Survivor seasons by gossipcop.com, Micronesia bought us the first rendition of “Fans vs. Favorites,” with 10 new players pitting their skills against 10 Survivor legends. In fairness, the fans never had a chance – when you go up against the likes of Johnny Fairplay, Ozzy Lusth, and Yau-Man Chan, you can’t expect to come out on top. Still, they put up a good game, delivering enough memorable moments to make the season one of Survivor’s finest.

Survivor’s best years might be behind it, but it can still surprise us with a first-rate season from time to time. Winners at War promised to deliver 20 of the best winners of the show. It did, and the results were epic. Eventual winner Tony Vlachos played a blinder, laying low until just the right moment. The re-introduction of the Edge of Extinction twist last seen in season 38 was more than welcome, even if the new Fire Tokens twist was less so.

By 2014, Survivor had begun to lose its way. If the show was going to survive, it needed a great season. It got one. Cagayan ranks as one of the most exciting, fun, and anarchic seasons of the show’s 20-year run. Much of the credit has to go to the cast, and in particular, to Kass McQuillen, whose nickname “Chaos” wasn’t undeserved. As MSN notes, an incredible 30 percent of the cast ended up being asked back for future seasons – if you want to find out why, a quick re-watch of one or two of its episodes should explain all.

Finally, we come to Heroes vs. Villains. It marked the end of the show’s golden era, but there was no trace of that to be seen at the time. The cast was outstanding, the story arcs were compelling, and the theme was dynamite. The nonstop action kept us gripped from one week to the next, with even the most casual of viewers getting as sucked in as the superfans. This is the season that set the bar. It might not have reached the same heights of glory since, but this season proved it had the potential.