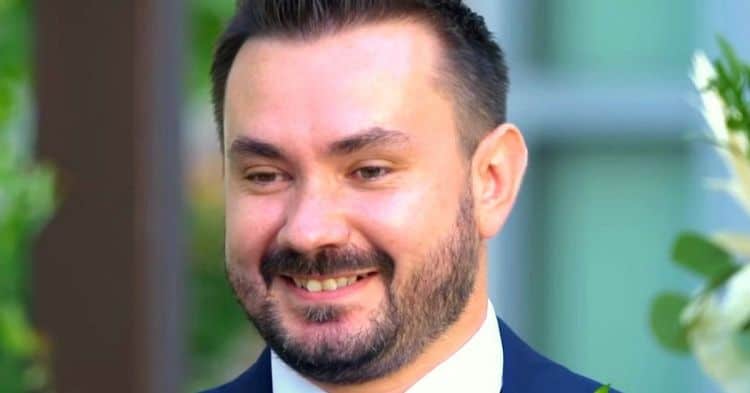 When Chris Collette first decided to sign up for some reality television, he didn’t know where it would take him. He knew that he wanted to find love. He wanted a wife and a future, so he signed himself up for a reality show that would allow him to get married to someone ‘experts’ determine is right for him. The catch is that he didn’t get to meet the woman who would become his wife until they were at the altar to marry. Who is he?

He is a reality television star. He signed up for Married at First Sight because he wanted to get married, start a future with someone special, and have a family. He married someone without meeting them first, and the trouble in that relationship began on night one. Who is shocked?

He’s mid-30s at the moment. We don’t know his birthdate, however. All we know is that he is a man who was born sometime in the mid to late 80s, and what a time to grow up. No social media. No internet. Nothing to keep you tied to the outside world at all hours of the day. Those really were the days.

He is a man with some success to his name. He’s a realtor in his hometown of Boston, which has a hot real estate market most of the time. It’s a place that people love to live, and he has a lot going on in his life as far as his work is concerned.

He recently came out and announced that he is currently talking to a woman from the same show but from a different city. He and Olivia, from New Orleans, began talking online sending messages back and forth. We imagine they bonded over their quick – and failed – marriages. Now they are speaking to one another, and he is flying her to Boston to meet her.

He admitted to his friends that he is nervous about meeting the woman he’s been speaking to online and over the phone. He cannot wait to meet her, but he’s nervous. Of course, he is. It’s completely normal, and we would not expect anyone to go into this kind of situation without some nerves.

Sometimes, people come to reality television for the perks of being on television rather than the perks of winning or even finding love. His ex-wife, Alyssa, is a woman many people assumed was just more interested in being on television, gaining the followers, and becoming famous than she was being married to anyone. She didn’t seem at all attracted to her husband, and she cried more than she did not.

On the show, he came across as a thoughtful person who even helped a new friend shop for his new wife. Chris helped Mark shop for Lindsay, and he showed himself to be the kind of person who listens and pays attention to those around him, and the world loved it.

9. His Ex Called him Stubborn

Well, she didn’t. She said that his friends and family spoke to her after their wedding, and it was them who told her he was stubborn. Apparently, she did not like that, and it turned her off right away. The simple truth, however, is that some people are stubborn – and some people are not.

Aside from his reality show career, he is not really a man who shares all too much about his life. He tends to keep his personal life as personal as possible, though he does seem quite happy to be where he is these days. Here’s hoping he can make it work with his new friend as they navigate their way through a first date – in person – and spend some quality time with one another. Maybe it will work, maybe they will just be friends. Regardless, they do seem to be the type who want to spend quality time together and make things work.