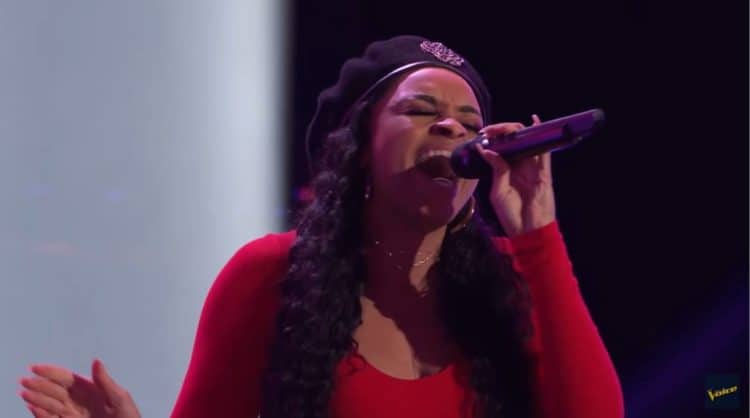 When you tune in to watch “The Voice,” you already expect to be blown away. This happens during the blind auditions at times, but it gets very real when that’s over and these men and women chosen to fight for a place at the top get to perform. When Shadale is on stage, you know it. You know it because she’s not just talented. She’s a powerhouse. She’s a natural talent who cannot be ignored, and she is someone who may just take this thing all the way to the end. Who is she, though? We have everything you ever wanted to know about her right here.

Shadale is a woman who looks like she graduated high school last week, but she did that more than a decade ago. At the age of 29, she’s close to putting her 30s behind her to move into a brand-new decade, and she’s doing so with the utmost in grace and dignity.

2. She is from Georgia

She’s a born and raised Georgia girl. She was born in Atlanta, which is the biggest city in the state. While she no longer resides in Atlanta, she’s absolutely a Georgia girl at heart and address. She currently calls the town of Douglasville, Georgia, home. She’s proud of her southern roots.

3. She Sings at Church

She’s a woman who loves Jesus, and she loves to sing about him. She has been part of her church group choir since she was only four. She began singing at that age, and she’s never looked back. That’s more than 25 years of her life singing in church, and that’s one of those things we have so much respect for.

4. She is Part of a Gospel Group

She’s a mom. She has a little one of her own, and she is a proud mom. She knew that when she became a mother, things would change in her life. She had to leave behind a lot of what she loved so that she could be the best possible mom for her little one, and she’s fine with that. As a single mother, life is sometimes crazy hectic, but she makes it work for herself and her little one.

6. She Toured the World

When she was part of her gospel group, she spent her time touring. She spent approximately seven years touring the world to perform. Those days came to an end, however, after her baby was born. Because she is a single mom, touring wasn’t exactly simple for her. She had to find a way to make sure she could be home for her baby, so that’s what she is doing now.

8. Childhood was Not Always Easy

Shadale is a woman who knows what dark days look like. She knows what they entail and how they work, and she’s someone who is not going to live those days again. Her childhood was not always easy, and there were times when she was growing up that her family had no home to call their own. She was always able to turn to music to make her feel safe in those dark times, and she’s not willing to go back to that kind of life.

9. She Made Kelly Clarkson Cry

When she chose to sing a song called “Impossible,” during her showdown performance, she brought every bit of her talent to the stage. She felt the music so much that she brought both herself and Kelly Clarkson to tears. She might be team John Legend, but she had Clarkson feeling every bit of her emotions.

Here’s a woman who is doing everything she can to make her life successful, and nothing will stop her. She is doing her thing, chasing her dreams, making different dreams come true, focusing on her baby and her future, and doing what she can in the meantime. Her minor goals might change here and there, but her path to her big goal is clearer than ever.