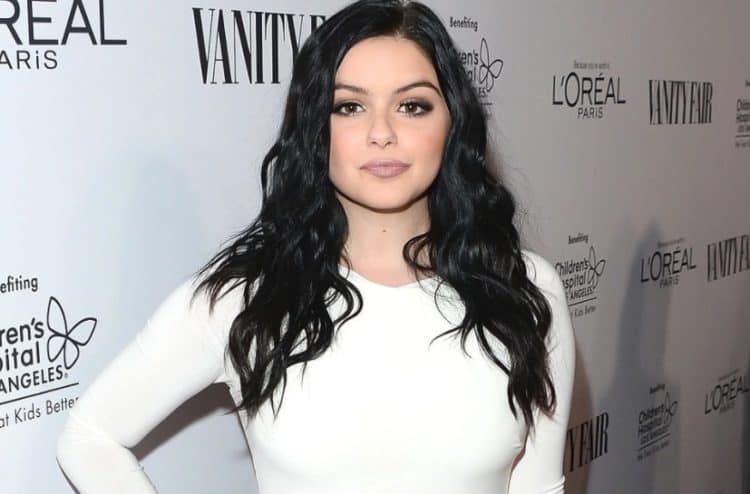 Being a child star might seem like the coolest job on the planet, but unfortunately, that isn’t the case. Time and time again, we’ve seen young people in the entertainment industry face some serious struggles. However, those struggles don’t always come from people in the business. Oftentimes, young stars start having issues with their parents once they reach a certain level of success. When large amounts of money get involved, people start to show their true colors and they aren’t always pretty. As a result, many young stars have had to take legal action to separate themselves from their parents. Oftentimes, this is done in an attempt to protect their finances and their inner peace. However, there are also times when this decision is made simply because it gives the minor more freedom to work. For some, the move helped them elevate to the next level of their career, and for others, it didn’t end up having the positive result they were hoping for. Keep reading to learn about 10 child stars who became emancipated minors.

What Does It Mean To Be An Emancipated Minor?

Before we get into the list, it’s probably a good idea to talk about what it actually means to be an emancipated minor. Oftentimes, this is also referred to as children “divorcing” their parents. According to Nolo, “A minor who is “emancipated” assumes most adult responsibilities before reaching the age of majority (usually 18). The law doesn’t consider emancipated minors to be under the care and control of parents. Instead, they take responsibility for their own care.”  While there are lots of upsides to becoming an emancipated minor, especially if you have parents who are trying to take advantage of you, there are also lots of downsides. For example, once a minor becomes emancipated, they can be sued. It’s important to note, however, that not all of the privileges of adulthood apply to a minor who has been emancipated. Typically, emancipated minors cannot do things like vote or drink/purchase alcohol prior to reaching the legal age.

How Can A Minor Become Emancipated?

Nolo reports that there are three ways for a child to become an emancipated minor:

When it comes to child stars, they most typically use the third option and go through legal proceedings to get emancipated.  Here are 10 child stars who were emancipated from their parents:

Edward Furlong was barely a teenager when he started his acting career. His first on-screen role was in the 1991 movie Terminator 2: Judgment Day. Although being in the spotlight probably felt good in the beginning, things eventually took a bad turn for Edward when his mother and aunt ended up in an ugly custody battle over him. He was ultimately emancipated at just 15 years old and has been in control of his affairs ever since.

Drew Barrymore is one of the few child stars that has gone on to have an incredibly successful career as an adult. However, if you know anything about her journey you know that the road wasn’t easy. She suffered from drug and alcohol addictions during her childhood, and it was clear that she wasn’t raised in a very supervised environment. Drew was legally emancipated at 14 years old and she moved into her own apartment the following year. The Guardian published an excerpt from her memoir, Wildfire, which read, “When I was 14, I was emancipated by the courts. It’s no secret that I had to part ways from my mother because we had driven our relationship into the ground. She had lost credibility as a mother by taking me to Studio 54 (so wrong, but so fun) instead of school. ”

Ariel Winter was only about four years old when her acting career began. She started off doing commercials and eventually worked her way up to bigger opportunities. Although she has a very long list of acting credits, she is probably best known for playing Alex Dunphy in Modern Family. Unfortunately, however, all of the success Ariel has achieved hasn’t always been a positive thing in her life. Over the years, she and her mother developed a very rocky relationship that has often been described as abusive. In 2012, Ariel’s older sister, Shanelle Workman, became her legal guardian. In 2015, Ariel officially became an emancipated minor. During an appearance on The Ellen DeGeneres Show, she shared that she wasn’t concerned with the public’s opinion on her emancipation because she knew that she did what was best for herself.

As mentioned earlier, not all famous children want to be emancipated from their parents due to issues with their relationships. Some are simply looking for a way to circumvent child labor laws, and that was the case with Clueless star, Alicia Silverstone. She became emancipated at 15 years old so that she could work the hours needed to film the 1993 movie, The Crush.

Courtney Love’s rocky relationship with her parents started long before she was a big star. When she was just a toddler, her father allegedly gave her LSD. The reason for this remains unclear and he always maintained that this was not true. As Courtney got older, things with her parents remained unstable. Courtney spent some time in foster care during the late 1970s before officially becoming an emancipated minor in 1980. After her emancipation, she left the United States and traveled abroad for about two years. Courtney has never been very open about the things she endured that ultimately led to her decision to emancipate.

During the 1980s, Corey Feldman was one of the hottest child stars in the industry. Movies like The Goonies, The Lost Boys, and Stand by Me had turned him into a household name. From the outside looking in, he appeared to be living the dream. However, things weren’t going so well underneath it all. Corey later shared that he was being mistreated by his parents which included them stealing his money. During an interview with The Hollywood Reporter, Corey said, “My parents were both very abusive and very selfish and were more interested in what was happening with themselves than what was happening with my life. My manager father sued me for $40,000 when I tried to get emancipated, his reasoning being that he was taking time away from his business to be on the set with me.”

Michelle Williams was a freshman in high school when she decided that she wanted to pursue acting on a serious level. However, there are certain restrictions that apply to young people who want to work in the entertainment industry – or, any industry for that matter. Williams decided to become an emancipated minor when she was just 15 years old so that she could avoid child labor laws and go full throttle with her career. As far as we know, she has never mentioned having any issues with her parents.

Like some of the other people on this list, Rose McGowan’s issues with her parents started long before she was famous. In fact, her decision to emancipate from her parents didn’t have anything to do with the fact that she was famous. Rose was actually born into a cult called Children of God. In her memoir, Brave, she discussed the horrible abuse she faced starting from an early age. Although she was legally emancipated from her parents at 15 year old, things didn’t instantly become easy for Rose. According to Big Issue, Rose said, “I was homeless, I was on my own, and I was very lonely. I was entirely focused on just surviving” when discussing her life after becoming emancipated.  She actually started acting because she was looking for a way to escape homelessness.

Jaime Pressley is another former child whose reason for becoming an emancipated minor was rather innocent. When she started her career at 15 years old, she needed to travel to Japan for work. However, neither of her parents was available to make the trip so she became an emancipated minor so that she could go on her own.

When child stars start bringing in large amounts of money, there are some parents who feel entitled to their child’s earnings. That was certainly the case with Jena Malone and her parents. In 1999, Jena claimed that her mother had mismanaged her money to the point that Jena owed $20,000 in taxes and her college fund had been completely emptied. The following year, Jena was granted emancipation from her parents.

Over the years, several sources have reported that Macauley Culkin became an emancipated minor at the age of 16. The story has always been that he decided to emancipate himself after his parents began fighting over who would control his money as part of their divorce. However, the truth is that he was never legally emancipated. According to Metro, Macauley said, “It’s always misconstrued, that I “emancipated” myself from my parents. I legally took my parents’ names off of my trust fund and found an executor, someone who would look over my finances, just in case anyone wanted to stick their f***in pinkie in the pie.”