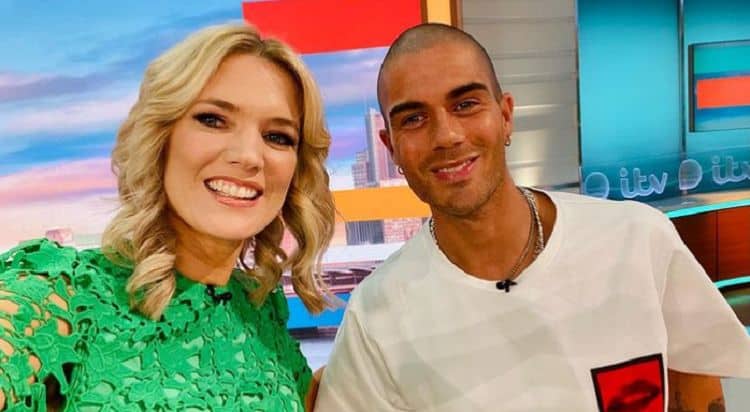 Did Charlotte Hawkins know she would one day become one of the United Kingdom’s most famous television personalities? She may have dreamed this would happen to her, but she certainly did not know she’d be everyone’s go-go morning news anchor, yet here she is. The host of Good Morning Britain since 2014, she is a force with which to be reckoned. She’s good at her job, she balances her work with her family, and she always looks put together while she’s at it. Who is she, and what is she like?

She’s a woman who was born in the 70s. She didn’t have a cell phone or social media growing up, and that was good for her. She is a young woman who decided to go into her own career path without those things helping her gain a following along the way. She was born on May 16, 1975, in West Sussex, England.

2. She is a College Graduate

Upon completion of her high school education, she enrolled in college courses. She obtained her four-year degree from the University of Manchester. She studied English Literature while there. She later earned a post-graduate degree in Broadcast Journalism. This time, she was a student at the London College of Printing.

3. She is a Journalist

Her chosen career field is television. She is a journalist through and through, and it was a goal she had throughout much of her life. She knew she wanted to be part of the broadcasting world, and she made that happen. Her first job post-college graduation was for LBC radio. She was a newsreader.

4. She is a Musician

In addition to everything else she’s done, she released an album. She doesn’t sing or play an instrument – that we are aware of – but she is a woman who released a classical music album. The album is a compilation of her favorite music. She did this in late 2020 as a tribute to her late father.

She’s been married since 2008. She and her husband, Mark Herbert, married on August 23. They’d been together for nearly five years at that point, and they remain married to this day. Right now, they are the very proud parents of a little girl whose name is Ella Rose. She was born in 2014.

She might be a news personality and someone the world knows well, but she does her best to keep her daughter’s life as private as possible. This means she does what she can to keep their home life and their personal life as private as possible when she’s not sharing things with her viewers on television and online. It’s important for her to raise her daughter with some semblance of a normal life despite being raised by a famous mother.

7. She Enjoys the Outdoors

When she’s not working, she’s spending time with her family – preferably outdoors. She loves outdoor activities such as sailing, riding horses, and being on a bicycle. She’s a huge outdoor enthusiast. She knows that the fresh air and the sunshine are the best medicine you can hope for as a person.

8. She is a Philanthropist

She’s a woman who knows the importance of giving back to her local community. She spends a great del of her own time and money supporting causes important to her such as the Dogs Trust charity from which she adopted her own dog. She also supports the Motor Neurone Disease Association, and she is heavily involved with the Cancer Research for kids and teens foundation in the United Kingdom.

9. She is a Fashionista

Hawkins is the type of woman who always looks lovely – and never looks like she was born in 1975. She maintains a very specific air of elegance in everything she wears. She’s always stunning when she’s on a red carpet or at an event, and she’s known for being one of the best-dressed news presenters around.

She has something that not many people have, and that is a personality that is just entirely likable. Her fans follow along because she comes across as the girl next door. She has an instantly likable personality, and she knows when to turn off her charm and focus on somber news, yet she always comes across as sincere and relatable. She has a gift, and her gift has allowed her to become one of the most successful news personalities on television.