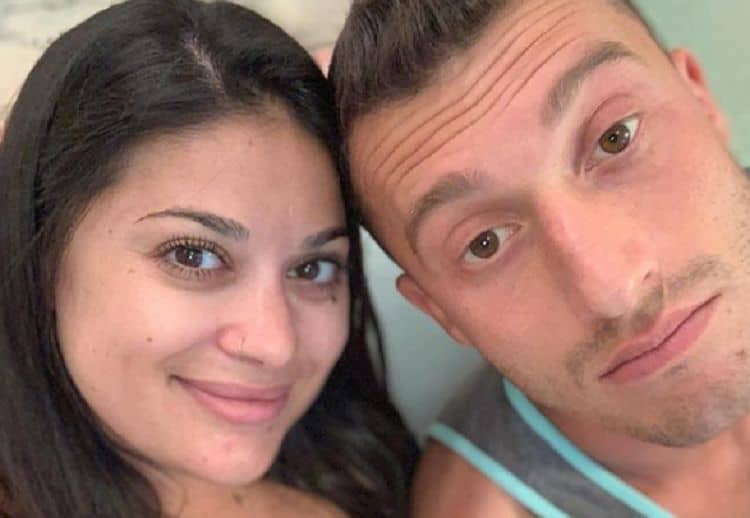 When Alexei Brovarnik took a job as a medic in Israel, he could’ve never imagined that it would lead to him finding love and becoming a reality TV star. That, however, is exactly what happened. Alexei and his now-wife, Loren, have been sharing their love story in the 90 Day Fiance franchise for several years, now they officially have a show of their own. Their new show, Loren & Alexei: After the 90 Days, debuted in January of 2022, and their fans couldn’t be any more excited. While it’s true that viewers will get to learn more about Alexei during the show, there are some things that probably won’t get covered. Keep reading to learn 10 things you didn’t know about Alexei Brovarnik.

1. He Likes To Go Fishing

In his free time, Alexei enjoys being outdoors and fishing appears to be one of his favorite hobbies. Fishing is a great way for him to relax and recharge, and the fact that he also gets free food out of the deal isn’t half bad. Luckily, he lives in Florida where he can fish all year long.

2. He Is A Brand Ambassador

Being on a reality TV show has helped Alexei build a large social media following. Thanks to this following, he has become an attractive partner for brands who are looking for help with marketing their products. Alexei has been a brand ambassador for several companies including Nutrafol.

Fashion isn’t something that gets talked about much on 90 Day Fiance, but it’s something that seems to be a pretty important part of Alexei’s life. Although he may not be a model, it’s clear that he has a good sense of style and he loves being able to express himself through his clothing.

Life can change in the blink of an eye and you never know when you’re going to be in a situation that puts you to the test. In 2020, Alexei found himself in one of those situations while he was on vacation in Nassau, Bahamas. According saved a man who was close to drowning in the ocean. According to TLC, Alexei said, “I am glad I was able to be at the right place at the right time today to pull this kid out of the water before it was too late”.

5. His Relationship Went Through A Rough Patch After His Second Child Was Born

Having children can be tough on even the most solid relationships, and that is something Alexei knows from firsthand experience. After the birth of their second child, he and Loren went through a difficult time adjusting. Fortunately, they were able to get back on track.

6. He Would Love To Be on Below Deck

Alexei is very grateful for all of the opportunities that 90 Day Fiance has given him, but there’s another reality show he would love to be a part of. During an interview with The List, he and Loren both shared that they would like the opportunity to be on Below Deck.

When many people see reality TV stars, they often wonder if they do anything for work other than being on TV. In some cases, the answer is yes. While talking to The List, Alexei revealed that both he and Loren were working 9 to 5 jobs until recently. Unfortunately, he didn’t provide any information on what either of them did.

8. He Hopes To Travel More

In addition to having lived in three countries, Alexei has also been fortunate to do lots of traveling over the years. However, there are still quite a few places he would like to visit, and Africa is at the top of the list. He also hopes to visit his home country of Israel in the near future.

It’s no secret that life can get difficult, but Alexei isn’t the kind of person who likes to sit around and complain. Even when things aren’t going his way, Alexei always does his best to maintain a positive attitude. This is likely one of the things that Loren appreciates about him the most.

10. He Is Grateful For All Of His Supporters

Opening up to the world on a TV show can be difficult. It’s important to have a thick skin in order to deal with all judgment and negative comments that come with the territory. However, being on a TV show can also result in an outpouring of love which Alexei and Loren have received over the years. Alexei appreciates all of the people who have shown him love and support during his time on reality TV.