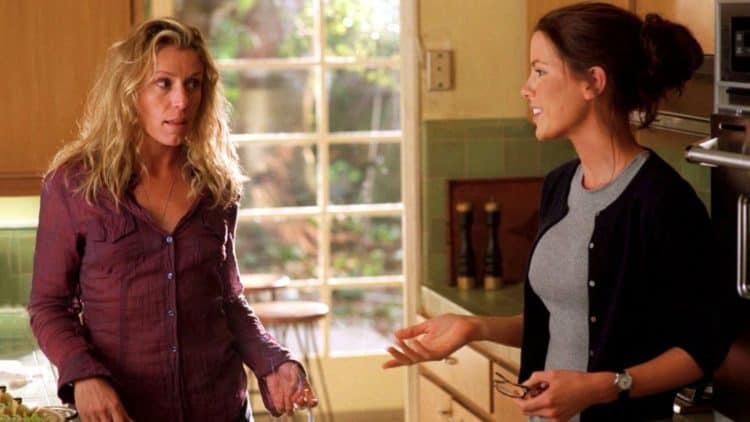 Some of the most talked-about and popular films 20 years ago are still easily recognizable to audiences today. The Lord of the Rings: The Two Towers, Chicago, Star Wars Episode II: Attack of the Clones, and Reign of Fire have all stood the test of time in terms of being popular and enduring. But 2002 also had a long list of incredible and memorable smaller budget films that have become truly underrated as the years have passed. 2002 was a chaotic time in America, but it was also the dwindling days of a much quieter era–a few years before technology and social media changed how we all communicate and even how we live our lives. The movies of 2002 were experiences that were lived within the moment; we didn’t have phones and gadgets that demanded our attention during the running of a film, and filmmakers still told bold and thought-provoking stories in the second year of the new millennium. Here are the most underrated films of 2002. Each film has stood the test of time, even if its box office revenue was not overwhelming.

Long before Alfonso Cuaron made the third Harry Potter film and broke new ground in film technology with Gravity (2013), he made a steamy, lush, and poignant Mexican coming-of-age film, Y Tu Mama Tambien. The film features a young Gael Garcia Bernal and Diego Luna, as two teenage friends who decide to take a road trip across Mexico with an older woman they meet up with at a wedding reception. The film is both a coming-of-age drama as well as a quintessential road trip movie, but its themes, narrative, and character interactions reveal something much more profound along the way. Maribel Verdu plays Luisa, the older woman that both boys seduce during their trip. Her character offers a slice of reality to the proceedings, as she is secretly dying of cancer, but allows her inner spirit to flourish during the hedonism and carefree nature of their journey. By the end of the film, Cuaron shows us a painful, yet important fact of life: life is short and fragile, and although we think our youthful friends will be in our lives forever, that is not always how it turns out. The film was released in 2001 but gained a wide theatrical release in America in 2002.

Michael Haneke is a filmmaker that explores a more nihilistic, and hopeless outlook on life. His films are not for everyone but are important since his stories always focus on themes and life experiences that people would rather pretend do not really exist. The great Isabelle Huppert plays a middle-aged, draconian piano instructor named Erika who lives in a cramped apartment with her overbearing mother. Erika represses her inner anguish and disappointment with how she wanted her life to turn out by harboring a penchant for violent sadomasochistic sexual tendencies. When she meets a younger man who wishes to be her student (Benoit Magimel), we the viewers watch as Erika’s wish to be hurt and humiliated destroys her chance to make meaningful connections with people. It’s a bleak story, but Haneke succeeds in depicting how even the most polished and socially prestigious of people are not blemish-free, and some, like Erika, are severely mentally twisted.

Another 2002 film that explored BDSM was Secretary. Maggie Gyllenhaal was sublime in the title role which saw her character harbor sexual interests in her boss (James Spader) which she sensed likely also shared the same sexual tastes. The film is a black comedy (unlike The Piano Teacher) but it never goes too far in the comedic overtones, nor is it ever offensive. As a viewer, we are left thinking that the film will end tragically or disappointingly; Spader’s character will likely get rid of his secretary after he has his way with her. But that never happens, and in fact, both characters have a happy ending. This is a film that seeks to normalize sexual and romantic tastes that many sanitized audiences immediately dismiss as perverted or insidious. Quite the contrary–it is completely normal, granted the two partners both respect one another.

Lisa Cholodenko’s Laurel Canyon was a film that was unfortunately destined for DVD rentals. It played in theaters briefly in 2002, before it was delegated to DVD rental shelves where it unfortunately collected dust. Although not a great film, this is certainly an intriguing one. Christian Bale (Sam) and Kate Beckinsale (Alex) played a young, good-looking, straight-laced couple nearing the end of their graduate degrees who decide to move to the Hollywood Hills. The home they move into is actually a vacant home of  Sam’s record producer mother Jane, (a luminous Frances McDormand). Jane lives a bohemian lifestyle, which is the exact opposite of the clean-cut, uncomplicated lives of her son and his fiancée. Over the course of the film, Sam and Alex clash with Jane’s lifestyle, since she has actually not fully vacated the home yet. Alex starts to become beguiled by Jane and her younger boyfriend’s carefree daily routine, and after much resistance, so does Sam. The film breaks no new ground, but is worth a revisit simply for McDormand’s performance.

Todd Haynes’ Far From Heaven was an inventive and topically important film that offered a new vision of stereotypical 1950s cinema. The movie was inspired by the 1950s domestic dramas of Douglas Sirk, and features Julianne Moore as Cathy Whitaker, a 1957 suburban housewife married to Frank Whitaker (Dennis Quaid), an executive at a television advertising company. As the film unfolds, Cathy develops romantic feelings for her gardener Raymond (Dennis Haysbert), who also happens to an African-American man. Frank also harbors a secret of being gay. Cathy’s affair with Raymond, and Frank’s closeted homosexuality are intentionally highlighted as major narrative themes since the film was aiming to display how entrenched American life was in bigotry in the 1950s, which has long lived inside of a myth of being a wholesome, mythically wondrous time of classic Americana–for certain people anyway. With that in mind, the film is a modern masterpiece of Postmodern filmmaking, since it depicts the worst attributes of an era before the dawn of Postmodernism. It is also a technically dazzling film, with Frederick Elmes’ lush, glowing cinematography, and Haynes’ creative recreation of 1950s suburbia.

The Rules of Attraction

Roger Avary’s The Rules of Attraction was not a great movie, but it was certainly a great guilty pleasure. Based on the nihilistic novel by Bret Easton Ellis, the film explores a group of college students and their trials and tribulations in navigating college life, and in particular, the messy and self-destructive behaviors that can come with dorm life. James Van Der Beek leads the cast, and you can tell he chose the role in this film so he could successfully shed his straight-laced character from Dawson’s Creek. His Sean Bateman is equal parts repellent but also mysteriously beguiling. Yes, the movie does leave a bit of an icky feeling afterwards, but it’s like a well-made train wreck that you simply cannot turn away from. There are very few redeeming characters in the film, but in terms of audaciousness on steroids, this is a standout of early 2000s teen and 20-somenthing cinema.

Back in 2002, Jennifer Aniston also decided that it was time to branch out beyond her Rachel Green character on Friends. She did that and then some by taking the lead role of Justine in The Good Girl, which is a film that perfectly captures what it means to be approaching middle-aged in a crappy retail job with an equally crappy love life. Fresh from the set of Donnie Darko, Jake Gyllenhaal is also sublime in his weird, yet mysteriously alluring role as one of Justine’s co-workers, Holden Worther–which is appropriate since his character is obsessed with The Catcher in the Rye. Justine becomes transfixed by Holden, mostly because he introduces her to literature and grand ideas which is obviously something she has never explored. As the film unfolds, Holden’s unstable behavior gets worse, and after an event that turns him into a criminal, which will also translate to Justine if she runs away with him, she decides to turn him into the police and reassess her life as something that may be boring and mundane, but it is also safe and secure.

Gaspar Noe’s Irreversible is quite possibly one of the most disturbing films ever made. Good does not prevail over evil in this film, and the evil that is depicted, is quite unlike any kind of realistic evil seen in a feature film. To reveal the plot of the film is to diminish its power, but even 20 years later, disclaimer warnings are absolutely necessary before viewers decide to press play on this movie. I hate this movie—but I also deeply admire it as well, and I respect it for its unflinching ability to hold the camera on an act of unforgivable sexual assault, and never pull away from the horrors that victims experience.