Home
Movies
Is It Worth Watching the Star Wars Saga in Chronological Order? 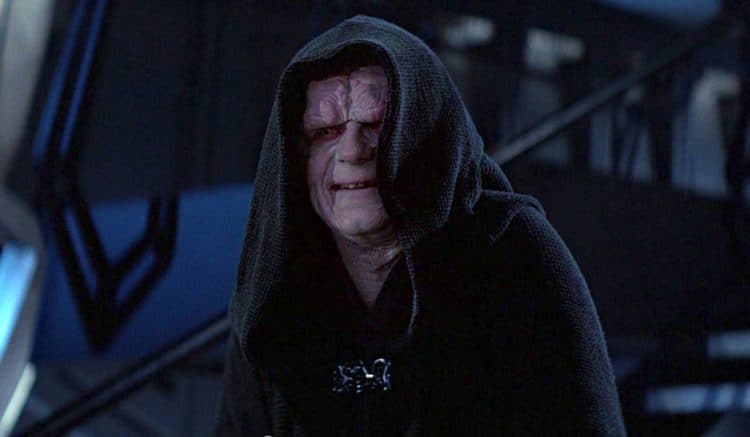 When a series of films has been around for 45 years, and additions, modifications, acquisitions, jumbled narrative orders, and controversy defines it’s journey in the popular imagination, opinions are always going to be all over the place. This has been true of the Star Wars Saga ever since Return of the Jedi received a lukewarm reception in 1983. The fact that George Lucas decided to present his story with the middle coming before the beginning certainly didn’t sit well with many, but despite these reservations, the prequel trilogy has still fared better down the road when comparing it to the Disney sequel trilogy of the 2010s. There is no wrong or right way to the watch the Star Wars Saga, and due to the divided opinions of both the prequel and sequel trilogies, as well as the addition of numerous series on Disney+ such as The Mandalorian, many people may not bother to watch all of the Saga in a watch order at all. After a recent watch through of everything in chronological order, I noticed some positives and negatives with this watch order. This opinion piece is focused solely on the films. Let’s take a deep dive.

Way back in the late-1970s after the global success of A New Hope, George Lucas began to brainstorm an ongoing series of films that would comprise the Star Wars Saga. He knew he would produce two more films in what was now becoming the middle of the series, but he was also already looking ahead to Episodes I-III and Episodes VII-IX. In the early-1990s, CGI had taken off thanks in large part to friend Steven Spielberg’s Jurassic Park (1993), and Lucas was now ready to formally announce the prequel trilogy, which he did through a press release in 1994. You would have had to have lived as a fan during the mid to late-1990s to understand the sheer amount of hype and anticipation that was in the air for these films. After Lucas re-enhanced and re-released the original trilogy known as the “special editions” in 1997, fans were now given a sneak peek at the technology and visual effects to be expected with the trilogy when The Phantom Menace premiered in summer 1999.

From 1999-2005, Episodes I-III were released three years apart just as the original trilogy was from 1977-1983. As someone who was around back then in my late teens and early 20s, who saw all three films in theaters, the reactions in the fandom were decidedly mixed. It’s hard to tell because ’99-’05 were pre-social media in many ways, but message boards and chat rooms were certainly on fire with the release of each film. No matter how you feel about the prequel trilogy, there is much to be gained from watching the films in their intended order. All three movies should be the starting point for any chronological order viewing. So much backstory is explored, and we now see the origins of Anakin Skywalker, Obi-Wan Kenobi, a pre-Dagobah-dwelling Yoda (who is much more agile and powerful), and much more.

As odd as this sounds, if you want a true completionist viewing of the Star Wars Saga, the Disney-produced Solo (2018) and Rogue One (2016) are required, canon viewing. Rogue One came in 2016, but actually takes place a bit after Solo and right before the events of Episode IV. Apart from anything else in the 45-year history of Star Wars, Lucas selling Lucasfilm to Disney in 2012 is by far the most controversial. But in all honesty, the two supplemental films are in many ways the best so far from Disney (honestly, The Mandalorian is the best overall)–and we will get into the sequel trilogy in more detail below. Of the two films, Rogue One is certainly the better of the two since it fits directly into the wider Star Wars Saga, whereas Solo is more of an early origins character study of Han Solo–and the reviews of the film slide toward the negative; check out Den of Geek’s superb insight into what went wrong. . Solo could honestly be skipped if you find that you aren’t getting into it.

It is hard to quantify and explain just how seismic the original (middle) trilogy of Star Wars films were in the late-70s and early-80s. As an older millennial born shortly after the birth cut off for Gen X, I never got to experience the joy and excitement each of these three films brought to virtually everyone around the nation and the world, but my parents did a good job of explaining it all to me when reminiscing about their Drive-In experiences watching all three.  Both A New Hope and The Empire Strikes Back are considered to be two of the greatest American films ever made, and viewing either film immediately alerts you as to why this is. I enjoyed Return of the Jedi a great deal, and in all honesty, I wish The Mandalorian was the only direct continuation of the story, but we cannot just erase the sequels from the canon. I don’t outright hate Episodes VII-IX, but one of the main reasons the opinion is so divided is because much of the wonder and awe found in the original films–and to a smaller extent, the prequels–is gone. If you do not want to be affected by popular fan opinion, it is probably not a good idea to watch the Saga in release order because everything after the original trilogy will be riddled with problems.

The Walt Disney Company began moving quickly after the acquisition of Lucasfilm in 2012, and within three years, Episode VII: The Force Awakens (2015) premiered in theaters. The film is set roughly 30 years after the events of Return of the Jedi (roughly 20 years after The Mandalorian if we add in the series). The Force Awakens was a massive hit; it is the highest-grossing film of all-time in North America, and it was fun at times, but there are problems right from the outset. The sequel trilogy is basically a complete rewrite of the original trilogy in practically every way. I liked Rey for the most part, and Kylo was at times an interesting antagonist—but it is all reductive and nothing at all felt new across all three films. For now, this is the end, and perhaps we can wait and see if Disney chooses to continue the series—hopefully with a new and improved creative writing team in place.