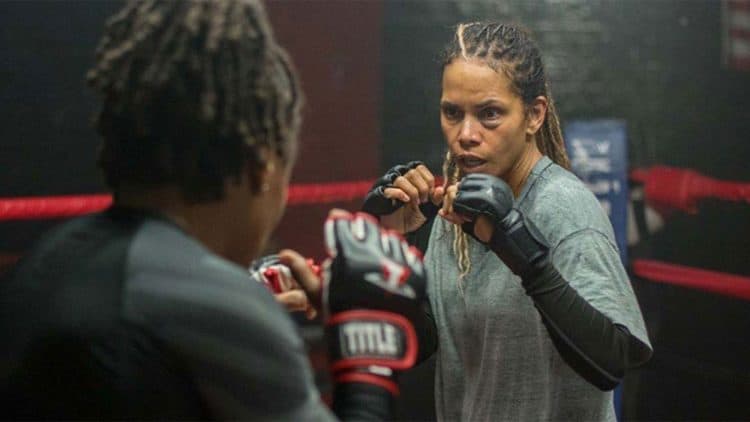 After three years in the making, Halle Berry can’t hide her excitement to announce her debut movie “Bruised.” The film will be global and available on Netflix from Wednesday, November 24. The project is unique to her in that she shared the exciting news on her Instagram page. Berry’s Directorial Debut is an MMA drama still work in progress filming at Toronto International Film Festivals. The movie expects to shake the film industry and be a hit. Netflix believes it will knock off some of the competitors once the movie airs. Berry is happy to have found a new voice in this movie.

Berry’s Role was For a White Actress

In her own words, Berry has confirmed that her role was different from the scripts. It meant the position was to be taken by a young white actress. She thought it would be nice if a black girl could take up the part. She continued to say that she knew it could not be her script written, but the classic fight film she loved about the story. It was the love of the fractured brokenness of this character, and finally, the film focuses on redemption, which fits her genre. Berry wants to see human beings rise higher and overcome all sorts of obstacles, but in the end, remain strong. Due to many fights in the movie, she has decided to twist it and instead include an age-old story. And so, she pitched herself as the character.

Bruised Will Be available on Netflix from November 24

Berry has shared on her Instagram page that the release date of the movie will be November 24. It is precisely eleven months since screening the sports drama at Toronto International Film Festivals (TIFF). According to Variety, Netflix has offered $20 million for its debut, a big hit, and a competitive advantage.

While filming a fight scene with co-star Valentina Shevchenko, Berry cracked two ribs. Previously she had broken three ribs, filming ‘John Wick: Chapter 3 – Parabellum’. She was forced to stand tall as she worked through the pain to see the movie’s completion. Her resilience and pain tolerance resulted from the long time it has taken her to prepare for the role. She didn’t want anything to stop her since she was ready. The directors also motivated her to keep going despite the pain she was feeling. The thought of where she has come from made her endure the pain to the end.

Berry Had Fear and Worry Thoughts

She got approval from the directors to give the film a new shape. Then she led the team in search of directors and rearranged the characters. That’s when she felt disabled. There was no given connection she felt between her and any of the characters. A conversation between her and her friend, producing partner Elaine Goldsmith-Thomas, led her to direct the movie. Though she says that she was ‘shitless worried,’ it’s that fear and worry that cured the anxiety in her head. If you have some fears and concerns, it means you are doing your best.

Berry is a Director and Star in the Movie

Jackie Justice (Halle Berry) is a disgraced MMA fighter who decides for a comeback to the cage when no one expects. Her return will also help her get to know her son, whom she gave up as an infant. So, when Berry got hold of the script, she saw herself in the role. She was training in mixed martial arts, Tae Kwon Do, Jujitsu, judo, and kickboxing. She has shared some images of her as Jackie fighting in the ring on her Insta page.

Other cast members who will play along with Halle Berry (Jackie Justice) include:

A Disgraced MMA fighter Jackie Justice is on a mission to win back her son’s custody as she restarts her career. The once-celebrated MMA Fighter is determined to put her past down as she comes back to the ring to take up to meet one of MMA’s rising stars. She is set to cling to a title as she works towards becoming a great mother to her son. Jackie Justice is also on a mission to rectify her failure in the only good thing she has ever done – fighting. She looks forward to winning the custody of her 6-year-old Manny, whom she walked away from as she restarts her career. She left her son when he was an infant. The time has come for her to conquer herself as she faces one of the fiercest rising stars of the MMA world and takes back her lost glory. The film focuses on redemption and what human beings can do to get back on track.

Three years have passed since Halle Berry’s Directorial Debut Movie, ‘Bruised’ production in New York. Nick Cassavetes was the original director of the movie, with Blake Lively reportedly as the lead cast. But Berry changed Nick.

Netflix has Paid Berry $20 Million for the Rights

Berry was left speechless by Netflix’s move to invest $20 Million for her directorial debut. In her tweet, she thanked Netflix for believing in her vision. And she is hyped about the release.

Netflix will release the movie on Wednesday, November 24. Four other films will be releasing along with Bruised. As you wait to watch Berry take the punches, you have a clue on what to expect. If you don’t know about MMA, there is enough time to check what kind of a fight Berry sets to take for your entertainment.