Home
Television
Squid Game
Yes, There Will Be a Squid Game Season 2 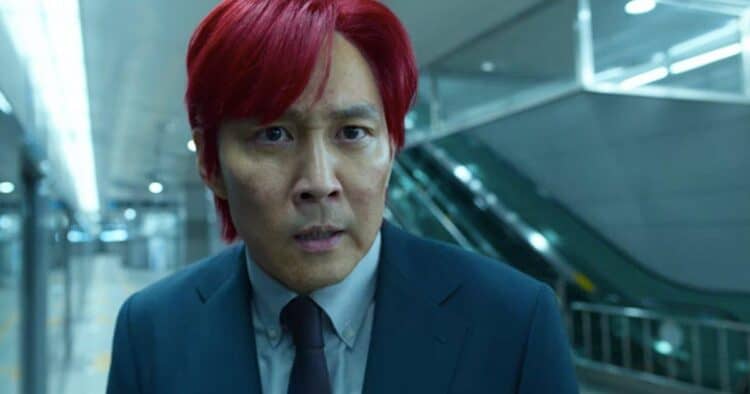 Squid Game was uniquely messed-up, and that’s saying quite a bit in this day and age when TV shows and movies are pushing boundaries in a way that’s amusing but also kind of terrifying. The overall premise of this show caught a lot of people by surprise since it’s essentially an excuse to murder a bunch of people who are a drain on society thanks to their debts. The contestants can quit if the majority of them agree with the decision, but as it was shown, the contestants would receive no money and would return to the world where their debts still existed. The contestants were hooked in by the promise of a monetary prize, one that would make them rich beyond their wildest dreams. But even then, returning to a contest in which the catch is that the money can only be won by a single person is all kinds of terrifying, especially given the nature of the contest. Having to play games that were played as children makes this show even more disturbing since thinking that it was going to be easy was a horribly inaccurate belief.

But already, some folks are thinking that a second season is going to be a mistake, and it’s not hard to see why this would be. The main concern is that creating the same feeling that the first season accomplished might not be entirely possible. This is rather common since much like a movie sequel, subsequent seasons of a show can ruin what was developed in the first season, especially if they end up doing the same thing with only minor changes to the script. This doesn’t feel like what would happen in the second season of Squid Game, especially since the final survivor, Seong Gi-hun, was seen noticing the same man that initially recruited him for the game in the first season, and before the credits rolled he was already determined to do something to stop the game from happening again.

Does this mean he’s going to be heading to the island again? It feels that way thus far, and since he and the Front Man have been added to the cast for the second season it’s interesting to think of who else might be coming back eventually. None of the other contestants will be coming back since the point of the game is that only one person can win. But with the old man having been a part of the final twist, and Seong moving on and trying to do as much good as he could, it feels as though Squid Game might have been better off as being a one and done type of show that could start and end on a note that would keep it memorable. Bringing it back is going to require a concentrated effort when it comes to bringing in new cast members, finding a new perspective for the story, and perhaps finding a way to trouble the Front Man and those that are still operating the Game. One also has to wonder if all the same games would be played and if things would be the same as the first season in many ways.

Bringing in a different perspective would be needed to keep things from appearing the same as they were in the first season. Plus, a new cast would require a great deal of investment from the fans, as people had their favorites in the first season, but after a while, it became easier and easier to predict who would be the last person standing, since Seong’s story was the main focus of everything. But watching characters that people had come to care about getting taken out left and right was kind of rough since as soon as the personalities of these characters came out it became a little too easy to grow attached. In this manner, the second season could become a very serious challenge that could tax the writers and perhaps even make the expectations for this show to rise far more than would be wise. There are plenty of questions surrounding the show that might need an answer, but how the writers go about them will end up determining how the show will go.

Right now, speculation about what direction this show will head in is bound to swing from side to side as some people are going to be wondering if it will be a smart decision, while others will be waiting impatiently to see how this story can get better. As of now, it feels that the direction the show will need to go would focus less on the game and more on how and why the game came to be. Whether or not it’s going to be worth the wait and the anticipation will take a while to find out, so all we can do is wait.