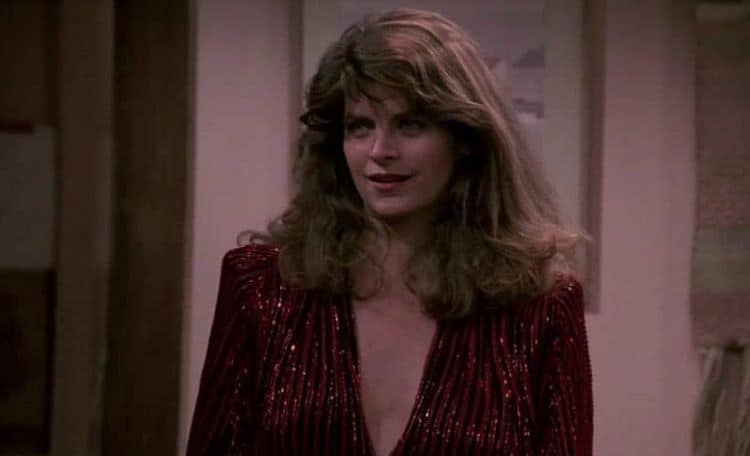 There might be a few arguments that could come with this one since when it comes to Cheers there are a lot of characters that people might figure were worse or better than Rebecca Howe. But putting it down right now she was less likable than Diane or Lillith, and that’s saying something.  During her time on Cheers, she was usually the killjoy that came along with every good time that the cast was about to have, and while she did integrate into the scene after a while it still felt as though she had the capacity to be a stick in the mud anytime she wanted. For some reason, people liked Rebecca well enough to stick with her, but the whole time it felt like things were just a second away from one cringe-worthy act or another that she might pull out to ruin the moment. Some might want to argue that she did develop into a better character as time went on, but that’s a matter of opinion, just like this article. The truth is that everyone has their favorites, but Rebecca is a Cheers character that many believe is just one of the worst.

It’s expected that a bar manager is going to have to be a little more authoritative than anyone else since they have more to deal with and more to think about than the rest of the crew. The funny thing is that she became the manager after Diane left and Sam was bought out by the corporation that put her in her position. After Sam bought the bar back she begged him to keep her on and he did. Now, we can’t call Sam a saint for trying to seduce her so often, but thanks to her repeated refusals, Sam did eventually lose interest in her. On top of this, Rebecca had her own issues as she was seen to frequently try to hook up with rich men that, one way or another, wanted nothing to do with her in the end, or vice versa.

It’s kind of fair to say that Rebecca was a miserable individual that only became more and more miserable as the show went on since her situation rarely ever got better no matter how much she tried. Being beautiful and independent obviously wasn’t all she needed to get by, but it’s also easy to think that she attracted, and was attracted to, men that were going to treat her like garbage or who would be indifferent to her intelligence and beauty since they could find both in any woman they wanted. In other words, Rebecca overestimated what she had quite often and didn’t seek to become a better human being by developing what she lacked, which was an actual personality. That might sound a little cruel, but it’s actually pretty accurate since Rebecca was about as grasping a character as one could ever see on Cheers. While every individual had their hangups, except maybe Woody since he was made to be kind of an innocent, Rebecca’s were usually the most noticeable and the hardest to ignore. Sam was definitely a womanizer but he had a line he wouldn’t cross. Norm and Cliff were what one might call functional alcoholics but they still had jobs and responsibilities they tended to.

Carla had definite anger issues but she was a protective individual when it came to those she cared about, and Frasier and Lillith were a little pretentious but they usually meant well. Rebecca was really one of the only characters in the bar that didn’t do much good for others that often and was usually all about herself. She had a few redeeming qualities during her time on the show since she wasn’t flat-out evil, but when it came to her character it was just this side of being as brown as a days-old banana peel. She wasn’t a bad person, nor was she someone that could be compared to a villain of any sort. She was just the worst character on Cheers and someone that kind deserved the rotten luck that kept following her all around. If the writers had been able to give her a better personality it feels as though she might have been a much easier character to like.

As it stands she’s the easiest person to not like since she came in with a very haughty attitude that did change over the course of her time on the show, but only because she struck out so many times when it came to men. Something like that will definitely tend to change a person, but thanks to the writers her character changed for the worse since apparently, Rebecca was always a ‘glass is half empty’ kind of person. Had she been written in as someone that could learn from rejection she might not have been given this dubious honor.