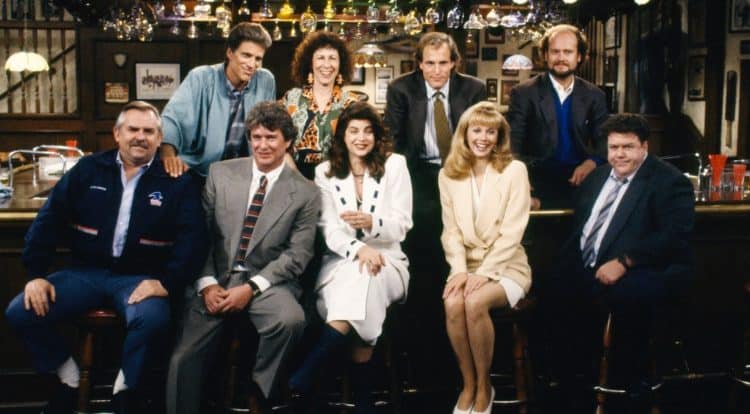 Anytime someone decides to state that a show that’s gained more popularity than another, similar show that came before there’s room for a scandal to open, and if it’s worth the energy and time then a lot of people might actually look into it and decide to be offended. This isn’t one of those times, but it might still make people feel a little differently about Cheers. A lot of us have watched Cheers at one point or another in our lives and some of us might have even managed to become fans of the show. It’s understandable since it did create a lot of funny moments and the core group of characters did entertain a lot of viewers. But according to one theory, the idea is that Cheers took its idea from another local show in Boston titled Park Street Under. The locally-filmed show never really went anywhere and didn’t hit the mainstream, which is likely a good thing as it sounds, but the theory that Cheers stole all of its material from the show is one that appears to have some merit with the cast of Park Street Under and several local fans. The problem with trying to say that anyone had a case that could be made out of this was the fact that Park Street Under was a local show and Cheers was something that was seen by people all across the US, and it was backed by a major studio, so it’s very likely that had any issue been made of this it would have been easy for those in charge to find one reason or another to discredit Park Street Under. There is also an admitted problem with a tape of Cheers being smuggled out of the studio apparently to be shown to those at the local Boston station, which feels like it might be a tad bit illegal and wouldn’t really help their case any.

Saying that show business is a complicated profession and that theft is going to happen doesn’t quite cut it since the reasoning doesn’t cover the violation that’s typically known as plagiarism. But all the same, ideas do tend to float around and those that are willing to take them and run with them in one direction or another and can get the attention of the audience are going to be those that will end up making the biggest impact. The fact that Park Street Under decided to stay put as a local act is admirable since those in charge obviously didn’t want to dilute the show or alter it in any way to appease anyone else. But the downside of this is that the overall thought when seeing the similarities between the show and Cheers was to simply let it be and not cause a stink since it might have backfired on those in charge. The official explanation is that they didn’t want to appear troublesome, but the unspoken reality of it is that they likely didn’t want to get into a legal scuffle since they knew they would lose, even if they had the moral high ground in some respects. In a very big way this kind of makes those that were running Cheers look like bullies who took over an idea because they knew that the smaller station wouldn’t bother fighting back, but after several people watched Park Street Under they made it clear that they didn’t believe that the two shows could be said to be that similar. It does feel as though it might have fallen to the fans to decide whether or not the similarities were too great, and it does feel that there was a moral failing in this instance, but the reality is that Cheers became a celebrated show and it’s likely that most people outside of Boston, and possibly several within the city, don’t remember it or never knew about Park Street Under.

It would probably be interesting to figure out how many ideas in Hollywood were completely original and how many were taken from those that had something else in mind but saw their ideas taken from them in order to create something similar or something entirely different. Such an accusation of plagiarism usually needs a lot more proof to make such an idea stick, but many people simply won’t care unless they knew something about the idea that was taken and wanted to exact some measure of justice on those that blatantly took the idea and ran with it. Those that were responsible for Cheers maintained their innocence for years though, as one might expect, and stated that they in no way modeled the show off of Park Street Under. It’s hard to say whether this is true or not, but since the creators of the Boston show didn’t bother to fight, it’s likely that no one today will think twice about it.