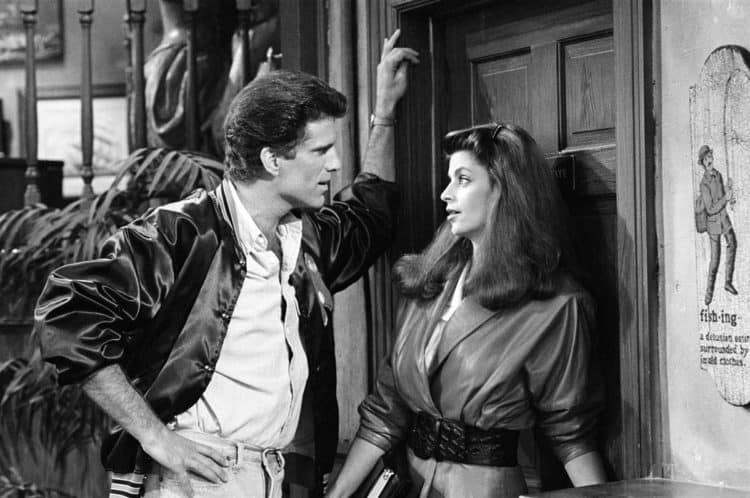 In 1987 Rebecca Howe, played by Kirstie Alley, came onto the scene in Cheers and things were about as usual as they could be. Sam was fairly quick on the ball when it came to trying to get with her and the others adapted to her fairly quickly. Cheers was like after all, if you acted like you belonged there then eventually everyone just believed it. Rebecca however was not like Diane and was more of a hard nut to crack during her tenure at the bar. In fact you could say that she gave Sam a much harder time than Diane ever did, but then you might have an argument on your hands with those that idolized the show and thought the world of Diane. After all that however she was a vital part of the show after a while and would have been just as hard to let go.

Here are a few of her best moments from the show.

It’s funny how people pick up on a conversation and can say the exact wrong thing when they really get going. The character of Woody wasn’t too bright but he did have a way of speaking up when his advice and his input just weren’t needed all that much. Rebecca might not have been a complete coward but she didn’t like being alone in big, spooky places, especially after having watched a horror movie about that same subject. Of course Woody never really had a filter between his brain and his mouth that kept him from voicing what he thought was common knowledge and something everyone should know.

4. Too stupid to live

You could say that Rebecca was a little high strung at times. Having to run the bar wasn’t always easy with the clientele she had and the people she had to work with. There were definitely moments when she seemed on the verge of a nervous breakdown and others when she was the iron-fisted tyrant. But in those moments when she was laid emotionally bare she really tended to lose it. This woman didn’t always have a medium setting, at least not one that she used. She was either in control or slowly falling apart.

You can say one thing for Rebecca, or rather you can say a lot of things, she was direct in a lot of ways and didn’t hold back what she had to say when she had to say it. She wasn’t always the most well-liked person in the bar and she tended to deal with it in her own way. But for the most part she was the person in control most of the time and the one that called the shots. Had it been left to Sam the place might have fallen down around their ears.

Just imagine all that she had to put up with in this place, especially from the employees. The lot of them had so many hangups and character quirks that it made for an interesting and funny show, but in real working environment these folks would have driven just about anyone up the wall. The fact that Rebecca, as a character, held the place together was kind of a testament to how strong-willed she was supposed to be and just how much of a hardcase she had to be. In effect she had to deal with each individual employee on a completely different level, which if you know anything about being a boss is just about impossible when you have this many people with these many issues.

There was a seriously messed up relationship between Rebecca and Sam throughout the show. Now granted, this clip above is all in Rebecca’s imagination, but can you really see the two of them together without them coming to an impasse of sorts? Rebecca wanted nothing but a family that she could love and cherish while Sam was always too much of a playboy to let anything or anyone tie him down. The two of them getting together in this capacity just didn’t seem possible without a huge fight happening every so often and a lot of misery coming Rebecca’s way. Of course the writer’s needed to give the audience something so it was pretty common to see the relationship heating up just to cool off again now and then.

Rebecca was welcomed by a lot of fans, but a lot of them remained faithful to Diane. While she did win over a great chunk of the audience it still took a lot of people a decent amount of time to get used to her. Her comedic quality was good enough for the show and her character was a good foil for her costars, and honestly she seems like the best choice overall, better than Diane in many regards.