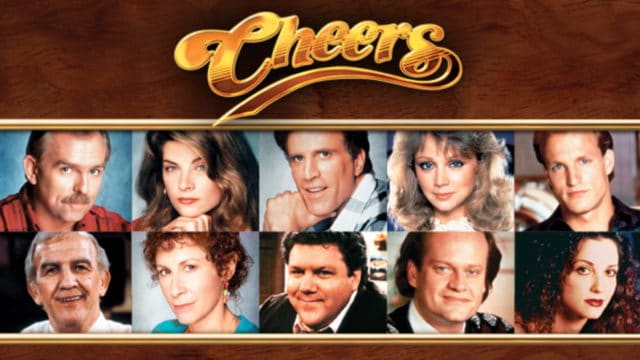 “Cheers” ran for 11 years on NBC and was a popular sitcom and critically acclaimed. The iconic 1980’s series was created by Glen and Les Charles and James Burrows who would go on to create the successful spin off “Frasier”. The show set in a Boston, Massachusetts bar was filled with equal parts humor and sarcasm. Many of the shows regulars were known for their funny one liners.

Here are the funniest characters on “Cheers” ranked in order of funniest to least funniest.

With his self deprecating humor, regular bar patron Norm could be counted on for “Cheers'” best one liners. Who doesn’t remember every time Norm enters the bar, everyone says “Norm”. Every episode of “Cheers” features a funny line from Norm when he orders his first beer. For example, Coach asks Norm, “Can I draw you a beer, Norm?” and Norm’s response is “No, I know what they look like. Just poor me one.” Another classic Norm line is “Women. Can’t live with them. Pass the beer nuts.” “Normisms” make the show. The accountant with an annoying wife whom we never see is one of “Cheers'” most iconic character.

Sadly, Nicholas Colasanto died in the fourth season of “Cheers” but he remains one of the funniest characters on the show. Coach was the beloved owner of the bar and a bit senile. A good friend of Sam Malone’s, Coach was a widower who was a good listener tot he bar’s patrons and co-workers. Despite his ditziness, Coach always had words of wisdom to dole out and those words came across with humor.

The angry barmaid with a house full of kids wisecracked throughout the series. Carla’s cynical view of life was important to “Cheers”. Carla’s sarcastic humor is often used to put down those who annoy her like Diane. When Diane says “Hey everyone. Guess why I’m here.” Carla responds “generations of inbreeding?”.

The dimwitted bartender from small town Hanover, Indiana, came to Boston to meet his “pen pal” Coach. By pen pal, Woody means that they exchanged pens once. Woody’s small town upbringing and lack of intelligence make him a funny character on “Cheers”. When he gives his girlfriend Kelly a promise ring, Woody says, “Well, I’m giving this to you because you’re going to be in Europe meeting all those rich dukes and earls and counts and basies and stuff”.

Kelsey Grammer would go on to star in “Cheers'” successful spinoff series “Frasier”. Frasier Crane is a psychiatrist with a troubled love life. He becomes close with the co-workers and patrons of the bar. Frasier brings his sarcastic humor to “Cheers”. When Norm asks Frasier “Hey, Frasier, you’re a doctor. What happens to old, dead skin?”, Frasier’s response is, “Apparently it sits on barstools and drinks beer all day”.

The annoying Cliff Clavin, the post office mail carrier with too much trivial knowledge is the bar “know it all”. He lives with his mother and spends most of his time at the bar. Cliff’s endless trivia is often so annoying that it come across as funny. For example, Cliff says “Everyone in the Swiss Army owns a Swiss Army Knife. That’s why no one messes with the Swiss”.

Rebecca Howe, the corporate manager who comes to “Cheers” to take care of the bar may not be the funniest “Cheers” character but even she can make fun of her own insecurities. She has a lot of trouble with men. In one scene, she says, “The NERVE of that man saying I have an emotional problem. I’d like to meet him in a dark alley with a cleaver!”

Bar owner Sam Malone is a ladies man with a heart. Like many of “Cheers'” characters, Sam delivers many sarcastic lines. Sam tends to frustrate the women on the show like Rebecca and Diane.

Perhaps the least funny character on “Cheers” was Diane Chambers. The intellectual grad student frustrates everyone on the show. Diane and Sam had a tumultuous on and off relationship and she left Frasier at the alter. The character of Diane was important to the show, but she was never very funny.